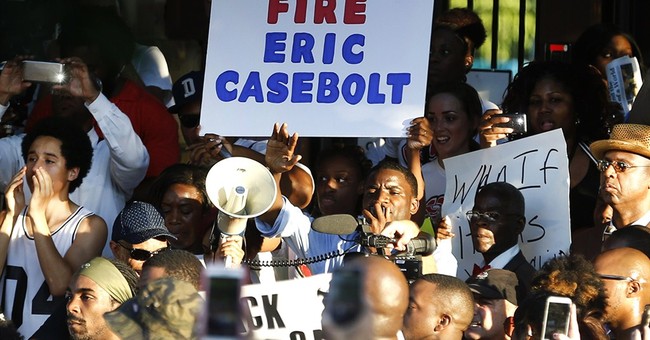 Trending
One of the most unfortunate by-products of the McKinney, Texas, pool party aftermath is the lost opportunity for a constructive evaluation of police performance.
The now-infamous video says vastly different things to different people, but one thing stands out as a resounding majority view: Something went very wrong as an already tense situation was exacerbated by the language and behaviors of one police officer, Eric Casebolt, who resigned Tuesday.
So we are left to evaluate the reactions that led up this, which have ranged from measured to presumptuous to downright reckless.
In the era of Ferguson and Baltimore and the fraudulent narratives of “hands up, don’t shoot,” we are descending into an abyss where thoughtful, objective assessment of police actions is nearly extinct. How many milliseconds did it take before the first race-baiters rushed to affix the McKinney pool party story to a legacy of lynchings and Jim Crow?
Is this our eternal fate now? It was surely jarring to see this girl subjected what seems to be unnecessary manhandling by a police officer. But because he is white and she is black, the presumption was reflexively made that this was an incident of race-motivated police brutality.
No one should be blind to evidence of police racism if it actually arises. But nor should such evidence be concocted artificially to stoke a political agenda.
It would have been challenging enough to discern just when things went wrong, the moment the officer lost control and what he might have done better. In any controversy over police interactions with the public, that process can inform both police and citizens, leading to greater trust.
CARTOONS | Chip Bok
View Cartoon
But such progress is hindered by hand-wringing proclamations that the pool party response was part of some deep societal evil that should drop us to our knees in collective shame.
Of course racism still exists. The tragedy of overreactions is that they impede what should be our shared effort to identify it when it actually arises. Every “Black Lives Matter” rally following an event with no driving racial motive fuels skepticism and a muted empathy when voices are lifted at the discovery of genuine racist misbehavior.
Behind closed doors, the officer and his superiors must have covered the rough road that lay ahead, some of it warranted because of his actions, some of it in anticipation of guaranteed troublemaking by hotheads with axes to grind.
We ask cops to display near-superhuman poise and professionalism when chaos is exploding around them. The good news is they virtually all succeed.
When one of them fails, a consequence is appropriate. But let history record that this officer’s resignation was due to a serious lapse in professionalism and poise, not because of come contrived plotline that he was a bad racist seed that needed to be purged. Opportunists are out for every pound of cop flesh these days, and they will spin that narrative any time they can.
Any assessment of events in McKinney should be based on what actually happened, free of agenda-driven quests to make cops look bad in general or to malign a community in an effort to stoke false imagery of a society still mired in tensions of decades past.
One of the most valuable, even-handed quotes this week was from a woman who spoke with a local TV station. Lamonica Birmingham, who is black, lives just down the street from the pool. “We pay HOA dues to use that pool,” she told a reporter. “So you can’t come out here and throw unauthorized events. I do not, however…agree with how the police officer handled the situation.”
Imagine that. A measured grasp of two concepts at the same time— the proper concern that led residents to call police, and an equally proper wish to thoughtfully scrutinize what unfolded.
Thank you, ma’am.
New Quinnipiac Survey Is a Disaster For Biden
Leah Barkoukis