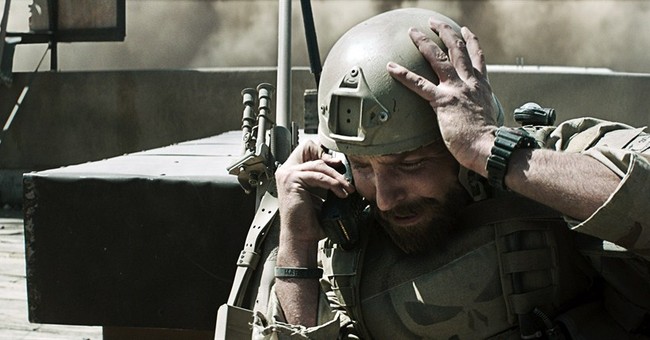 Those of us who were Chris Kyle’s neighbors are looking for a lot from the trial of his killer.

We want justice for Chris. We want peace for his widow. We want closure for our community.

But there is something else some of us are looking for. I can’t speak for all, but I have about had it up to my eyeballs with the very concept of the “insanity defense.”

What exactly are Eddie Ray Routh’s attorneys trying to pull with this jury, and thus with a nation that has come to know of the tragedy of February 2013, when their client blew away this American hero and his close friend?

Their assertion is that Routh was so unhinged that he did not know what he was doing and had no concept of right and wrong.

Let’s save some time here. Eddie Ray Routh is, as Chris Kyle texted just before being killed by him, “straight up nuts.” His history is filled with threats against himself and his family, peppered with visits to a Dallas psychiatric hospital.

But that is not what a jury is asked to consider.

This jury, presumably in the coming week, will not evaluate whether Eddie Ray Routh is a stable, mentally healthy man. It will determine whether he was so detached from reality that he is not to be held criminally responsible for slaughtering two men at a Texas gun range.

There is simply no reason to assertively believe that. Which leads to a larger question: Is there ever?

How many defense teams over the years have tried to snow a jury with tales of wheels-off behavior in an attempt to spare their clients the consequences of their actions? It is not often used, and it does not often work.

When it does, I am always left wondering: how did a jury magically know the defendant was unable to suppress the evil urge to kill? Please remember— feeling a compulsion to kill, even hearing voices that direct a killing, does not mean the urge must be obeyed and that a get-out-of-jail-free card awaits.

Two Texas women skated on this thin premise in the last decade. Andrea Yates drowned her five children in Houston; Dena Schlosser severed her baby daughter’s arms with a knife. Both were able to convince juries that they were not to be held criminally responsible.

At least Yates is in a low-security state mental hospital. Schlosser healed up, I suppose, and was released, discovered working years later at a Walmart under her maiden name.

Again, there is no doubt that these women faced a mountain of mental issues. But how do we know they were unable to suppress their demons? Are all killers with a history of instability forever entitled to throw up their hands, and say, “Sorry! Couldn’t stop myself?”

There are behaviors I could see as evidence that an insanity defense is warranted, from a history of blackouts in which disconnected behaviors are not even recalled, to a litany of events in which a defendant did lesser things without knowing they were wrong or knowing what was going on.

Whatever. All of that and a bag of chips do not rise to a definitive doubt that Routh knew exactly what he was doing and that it was wrong.

The failure of the insanity defense case here and in other courtrooms will have a positive effect on future troubled souls considering caving in to killing urges. The thought that they might not get away with it could be a sliver of clarifying light that might cut through the fog to suppress the occasional murder.