Hey, America, Get Ready for the Texas Governor's Race 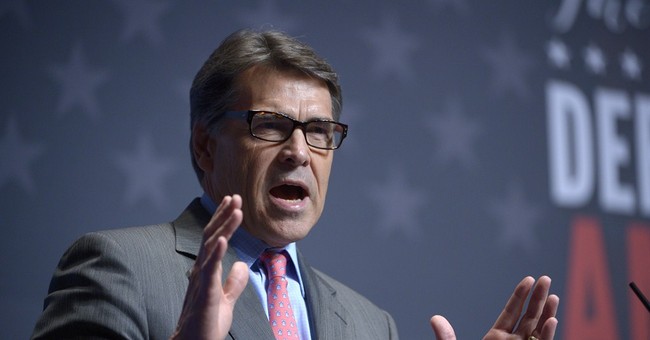 The governors of our largest states tend to be big players in national news through the years, but there is something about the office of Governor of Texas that has stayed front-of-mind for a generation.

Our last governor became a two-term President. Our current governor ran once, and may run yet again after he leaves office in January 2015. There’s no telling what our next governor will do, but the road to that election is going to get a ton of national attention.

So here’s an early guide to what you can expect.

Twenty years ago, George W. Bush was building momentum toward unseating Ann Richards. His 1994 win opened an era in which no Democrat has occupied any statewide office since.

When Bush left Austin after winning the presidency, Lieutenant Governor Rick Perry was sworn into an office he has held for a record-breaking 13-plus years.

In that time, he has become a champion for state’s rights and a singular example of how to protect a state from the poisonous Obama agenda. That track record should have led to a strong presidential run, but, well, we know how that worked out. By the time 2016 campaigns are taking shape, memories of the “oops” moment will have faded, and Perry will be enjoying private life after one of the most enviable gubernatorial stints in recent history. It is not wise to underestimate his stock.

But who will be Perry’s successor in Texas?

For a good while, the answer has seemed obvious: Attorney General Greg Abbott, whose decade of courageous service has vaulted him to statewide political rock star status.

The moment he announced his candidacy for Governor in July, it would not have been unreasonable to send out the order for engraved inauguration invitations.

But there is a path that must be traveled to that destination, and two challenges for Abbott to overcome.

First is a primary opponent who would deserve frontrunner status under any other circumstance.

Remember those heady days of 1994, when the Bush ascendancy ushered in total statewide GOP control in Texas? The state party chairman at that time was Tom Pauken, whose service in Vietnam and the Reagan administration gave him an impressive biography well before his fortieth birthday.

Now 69, Pauken is valued as a warrior who helped solidify conservative values in Texas over a long career in the private and public sector, most recently as chairman of the Texas Workforce Commission.

But in a matchup against Abbott, the initial assessments were that even his enviable record would not add up to sufficient name recognition and fundraising.

Pauken knows his job is to out-conservative Aboott, a seemingly impossible task. He has found some areas to sow, from education funding to some examples he says are emblematic of an Austin insiders’ culture that is not in the state’s best interest. At first blush, not the kind of stuff that enabled Ted Cruz to steamroll a respected sitting Lieutenant Governor, David Dewhurst, on the way to the U.S. Senate.

But a few weeks ago, Abbott handed Pauken a gift-wrapped issue that enabled him to dream at least one impossible dream, to seize an issue where he is right and the prohibitive frontrunner Abbott is dead wrong.

For reasons he cannot coherently explain, and which no conservative I know can accept, Abbott has chosen to join U.S. Attorney General Eric Holder’s harassment of the planned merger between American Airlines and USAir.

Using logic any intrusive liberal could love, Abbott asserts that the merger would leave Texas with such a paucity of airlines that the very concept of competition would be skewered.

The Abbott position on this is completely unfathomable. If he were a cafeteria conservative or some wavering moderate squish, this would just be one of those things.

But Abbott’s conservative cred in Texas was without stain until this. It is a head-scratcher for the ages.

But tap the brakes. More than five months before the primary, the angst over this has not extended beyond the political junkie class. But Pauken will hit it hard and often. Meanwhile, Abbott crowds are opening hearts and checkbooks across Texas as his campaign rolls on.

Pauken will need at least two more issues to stake out ground to the right of Abbott, even more resonant than the merger mischief, to have any hope of catching him. But for now, there are at least a few Texans suggesting we hit the pause button on the coronation plans.

While the primary isn’t until March 8, look for Abbott to start running like a general election candidate immediately, since the Democrat nomination has just been sewn up with the expected entry of sudden Democrat darling Wendy Davis.

Texas Democrats are aflutter with visions of her rising star leading to a crack in the state’s Republican vise grip. Her recent famed state senate filibuster, aimed at blocking the most meager of abortion restrictions, made her an instant star in leftist ranks, where pregnancy termination is a sacrament.

It means she will lose by maybe five to seven points instead of double digits. Democrat operatives may be flooding the state to try to turn it purple on the way to blue, but the demographics and thus the politics of Texas aren’t changing that fast.

Funny thing is, with all of the new stardom she is enjoying, part of her decision to run for Governor may be her shattered chances of winning re-election in her own district.

Until choosing to board the abortion extremism bullet train, Wendy Davis was the kind of measured, palatable Texas Democrat who could seem more conservative than some northeastern Republicans.

Add in her considerable personal and political skills, and she was able to capture a Republican-leaning district.

So given the choice of losing her Texas Senate seat or running steeply uphill for Governor, the choice was clear.

History is full of examples of campaigns that did not prevail but nonetheless bestowed goodwill, experience and name recognition on the participants.

Wendy Davis will not be the 48th Governor of Texas. But she might be the 49th, if the Democrat insurgency begins to take hold. Or maybe she’ll claim a key role in a Hillary Clinton administration. Who knows what the future holds?

Republicans in Texas are focused on a future that contains a Governor who can protect our state from the remaining years of Obama.

Then we will set our sights on partnering with other states to see to it that we do not actually get a Hillary Clinton administration.