The War For Economic and Energy Freedom is On 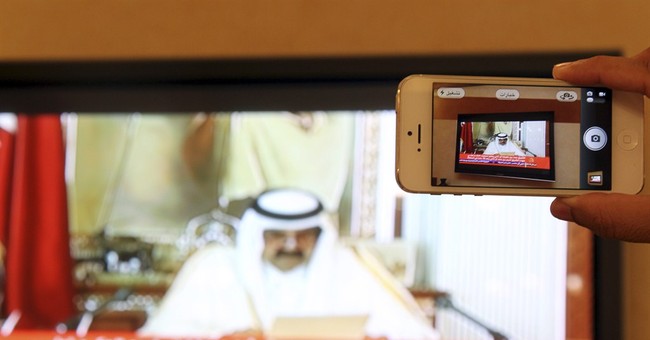 During the Fourth of July celebrations, you probably thought about the freedoms we enjoy in the USA. Perhaps you even pondered how those freedoms are slipping away right before your eyes. But, did you think about economic freedom? Did you think about energy freedom? They are all connected and are all important to America.

Economic freedom is described as “the key to greater opportunity and an improved quality of life. It’s the freedom to choose how to produce, sell, and use your own resources … While a simple concept, economic freedom is an engine that drives prosperity in the world and is the difference between why some societies thrive while others do not.”

America’s forests and the management, or mismanagement, of them provides an important example of “economic freedom”—especially the part about using resources. And, the spotted owl saga offers a case study of such mismanagement.

“It is hard to imagine a bigger failure—or a greater success—depending on which side of the issue you stand,” is how I start the “spotted owl” chapter in my book Energy Freedom. “If you strive for open and honest government policy that is straight-forward about its goals, this twenty-year experiment has failed. If you believe the end justifies the means, regardless of the cost in life or livelihood, then the spotted owl represents a great success.”

Twenty-three years ago, nearly to the day, the spotted owl was listed as an endangered species. Since then, environmental groups have used the designation to block logging—and other economic activity on federal lands. In 1989, logging on federal lands accounted for more than half of Oregon’s timber harvest. Since 2008, it has fallen to less than ten percent. The listing has shut down a substantial part of federal timber harvest and threatens logging on private lands.

In 1994, the Clinton Administration introduced the Northwest Forest Plan that was supposed to guarantee specific amounts of logging, but according to Jim Geisinger, executive vice president of the Associated Oregon Loggers, those numbers never materialized. The federal forests were left more vulnerable to catastrophic fires—which hurt the very trees that were supposed to be protected.

Last week, in his Climate Action Plan speech, President Obama wanted the American public to believe that the extreme fires we are facing—that just killed 19 firefighters in Arizona—are as a result of climate change. He stated: “Firefighters are braving longer wildfire seasons, and states and federal governments have to figure out how to budget for that. I had to sit in on a meeting with the Department of Interior and Agriculture and some of the rest of my team just to figure out how we’re going to pay for more and more expensive fire seasons.”

In fact, as Ann Forest Burns, vice president of the American Forest Resource Council, explains: “For every dollar invested in forest management—harvesting timber to put the forest on a sustainable basis for current and future generations—we save $1.46 in firefighting.” She told me that the American people would be appalled if they understood how the forests are managed. Instead of allowing the forests to make money through timber harvests, we are taking money away from forest management to fight fires.

The forest overgrowth exacerbates the problems of the naturally dry climate in the Southwest, which in turn adds to the fire dangers like a self-perpetuating cycle. The natural process is that rain falls on the forest. The water not used by the trees soaks into the underlying aquifer. Each tree soaks up hundreds of gallons of water a week. In arid climates, nature does not support many more than 50 trees per acre. In many parts of New Mexico, where several fires are currently burning, the forest now has up to 2,500 trees per acre—using up all the water resources. Because logging was stopped decades ago, the forest is packed with fuel, wildfires are sparked, and they quickly burn out of control.

The US Forest Service (USFS) needs to change its policy and start selectively harvesting trees—not clear cutting, but harvesting the way it’s been applied on New Mexico’s Mescalero Indian Reservation. The forest on the Mescalero land is a healthy forest. When a recent fire was raging across the Lincoln National Forest, it stopped completely and dropped down from the trees to become a very natural, and manageable, grass fire when it got to the forest the Mescalero tribe had treated.

A study from the USFS supports the Mescalero’s approach. Published in the Canadian Journal of Forest Research, the study found that thinning to 50-100 trees per acre—depending on the species, terrain and other factors—reduces the impact of catastrophic wildfires, helps protect communities, provides jobs, and promotes overall forest health.

According to Burns, every million board feet harvested supports eleven direct forest industry jobs. Yet, environmentalists continue to block logging and the economic freedom it represents.

However, economic freedom was just handed a win from the courts.

On June 26, a federal district court in Washington, DC, smacked down the Bureau of Land Management (BLM) for failing to comply with timber harvest requirements. Under the BLM’s own resource management plan, the timber harvest for Oregon’s Medford and Roseburg districts should have been 57 and 45 million board feet, respectively. Instead, current harvest has been 19 million and 29 million. The court’s decision requires the BLM to increase the harvest by 38 million board feet in the Medford District and 16 million board feet for Roseburg—which equals the creation of 594 jobs.

A press release from the American Forest Resource Council says: “These harvest levels are just a small percentage of the annual growth volume of timber on these lands. The BLM lands in Western Oregon have 73 billion board feet of standing volume. These timberlands are capable of growing 1.2 billion board feet per year”—with the potential of creating more than 13,000 jobs. These job growth numbers don’t really represent new jobs, as these are jobs that have been killed over the past 23 years as a result of forest management—presumably enacted to protect the spotted owl. Unfortunately, the court decision came too late to save the 85 jobs at Rough and Ready Lumber Company—one of the plaintiffs in the case. Rough and Ready closed its doors in May due to a lack of available timber from federal lands.

Environmental groups expect an appeal of the decision.

The USFS plan to manage for the spotted owl has threatened property rights, killed jobs, and increased the severity of wildfires—all while the spotted owl population has declined thanks to a bully: the barred owl.

Congressman Steve Pearce (NM-R) offers this summary: “Decades after hasty decisions on the Spotted Owl led to thousands of lost jobs, the Fish and Wildlife Service has admitted that they were wrong all along, and local governments and communities have slowly begun working to find ways to bring back jobs and restore devastated economies. Today, it is important to learn from this painful lesson, and not continue to make the same mistakes—decisions that affect our jobs, our communities, and the management of our land must be made carefully and with the voice of the people, not through rushed decisions handed down from bureaucrats in Washington.”

Had the freedom to choose how to produce, sell, and use resources been in play in the spotted owl story, it would have driven economic prosperity and the economic devastation wouldn’t have taken place—economic freedom.

But what about “energy freedom?”

History highlights energy’s importance in the role of freedom. In his book, The Color of Oil, international energy consultant, Michael Economides, states: “The search for natural resources and the coveting, or defending, of wealth is the clear connection that has most often precipitated war.”

Two examples of wars fought over access to energy supplies are found in World War II: Germany’s quest for Russia’s oil and gas and Japan’s for resources in Indochina. While the war is over, due to a lack of their own resources, both are still in a battle to supply their energy needs—which has also encouraged alternatives such as nuclear power and renewables.

During WWII, two days before Hitler invaded Russia in 1941, he proclaimed: “What one does not have, but needs, one must conquer.” Hitler’s prize was to be Russian oil and gas. He obviously knew what Henry Kissinger later stated: “Who controls the energy can control whole continents.”

The Russian natural gas industry is one of the most important players in the global energy market and revenues generated by natural gas are vital to the ruling Russian elite. To date, Europe’s energy security is largely under Russian control—a situation the EU wants to change as dependence on Russian natural gas presents political risks. Russia has shown a willingness to cut off natural gas supplies as a tool to achieve its political objectives.

Remember, in January 2009, without warning, Russia cut off gas supplies to the EU and much of Eastern Europe suffered over the course of three weeks during a cold snap. European officials have become increasingly concerned about the potential for cutoffs or curtailments of Russian natural gas supplies to Europe.

Fears of Russian dominance have lead the EU to search for other options to break Putin’s grip on energy supplies: develop its own potential shale gas reserves through hydraulic fracturing, build pipelines to bypass Russia and bring in natural gas from Central Asia, and look to Liquefied Natural Gas from the US.

Unfortunately for Europe, before any drilling has taken place, public opinion has turned against hydraulic fracturing and several countries have moratoriums in place to prevent shale gas drilling. Russia has demonstrated a willingness to go to great lengths to maintain its hold on European market share of natural gas, including attempts to stymie European-backed alternatives. Many believe that Russia is funding Europe’s anti-fracking fomenting.

It is within this context that last week’s story about the “centerpiece of the European Union’s push to limit its reliance on Russian natural gas” that “came to an unsuccessful conclusion” should be of interest to Americans. The now-defeated Nabucco pipeline would have shipped gas from Azerbaijan (the target of Hitler’s efforts) to Europe and provided much needed diversification of energy sources. Europe lives with a vulnerability to Russian energy supply manipulation.

Why is this important to those of us in the USA? Because we don’t have to live with energy fears and vulnerabilities. We have the ability to produce, sell, and use our own resources, which could drive prosperity and allow the economy to thrive—energy freedom. Even President Obama, in his book, the Audacity of Hope, says: “A nation that can’t control its energy sources can’t control its future.”

America is fortunate. We have economic freedom. We have the ability to thrive due to energy freedom. But like so many of our other freedoms, these, too, are slipping away. Anti-fracking fomenting is threatening access to our abundant resources and Middle Eastern countries have demonstrated a willingness to go to great lengths to maintain control of the world’s oil supplies.

As our brave soldiers show us every day, freedom isn’t free—it is something that must be fought for. It is something worth fighting for. The battle includes economic freedom and energy freedom.