No More Apologies For Africa

Marc Little
|
Posted: Dec 25, 2019 12:01 AM
Share   Tweet
The opinions expressed by columnists are their own and do not necessarily represent the views of Townhall.com. 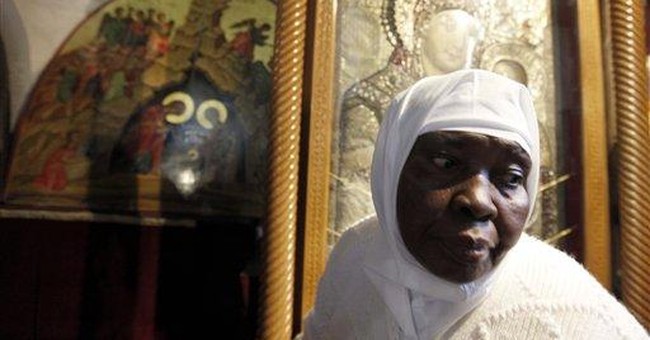 On September 23, 2019, President Trump delivered an unprecedented speech before the United Nations General Assembly on religious freedom. It was a watershed moment for his presidency.  He said words never spoken by a United States president on the world stage:

“Today, with one clear voice, the United States of America calls upon the nations of the world to end religious persecution….

To stop the crimes against people of faith, release prisoners of conscience, repeal laws restricting freedom of religion and belief, protect the vulnerable, the defenseless, and the oppressed, America stands with believers in every country who ask only for the freedom to live according to the faith that is within their own hearts.”

As the world’s leader, these words from the U.S. president have meaning.  They have meaning for worshippers around the world who have hope that the United States means what it says and will put fire to the wood of oppression that burdens too many people of faith.

As we celebrate the birth of Jesus Christ, Nigerians in Africa are being massacred by the government-backed Fulani, a group not heard of by many Americans, a group far more expansive and more ruthless than ISIS-related Boko Haram.  The New War Against Africa’s Christians recently detailed this movement in Nigeria.  The writer begins the article with a chilling clarion call:  “A slow-motion war is under way in Africa’s most populous country.  It’s a massacre of Christians, massive in scale and horrific brutality.  And the world has hardly noticed.”

This is a fresh reminder of the persecution that exists around the world that stands against religious freedom and that must be confronted less it metastasize beyond human control.

The lasting stain on the Clinton presidency was its inaction against genocide in Rwanda.  The stain was so bright that President Clinton rightly apologized on March 25, 1998 four years after the genocide ended.  However, apologies don’t stop genocide; apologies don’t bring back the lives that were lost.

Earlier this year, the United States announced its withdrawal of 25% of the commandos stationed in Africa specially trained to respond West Africa’s insurgency problems.  Terrorism is not the priority as the U.S. focuses on the threats from China and Russia.  Perhaps our State Department prefers Nigeria partner with Russia instead?  In October of this year, Nigeria deepened its relationship with Russia (who by the way cares little for religious freedom).  Nigeria signed agreements with Russia for military cooperation and economic development to include the construction of a nuclear power plant.    Is this not a threat to U.S. interests?

As the United States withdraws from Africa, and Nigeria in particular, she must have a steady hand and a watchful eye.  The massacre occurring right now at Christmas threatens the import of President Trump’s words delivered before the United Nations.  Will we stand with people of faith in Nigeria or will we apologize again for doing nothing?