Persistent Iranian Protests Are a Warning to a Failing Regime

Majid Rafizadeh
|
Posted: May 20, 2022 12:01 AM
Share   Tweet
The opinions expressed by columnists are their own and do not necessarily represent the views of Townhall.com. 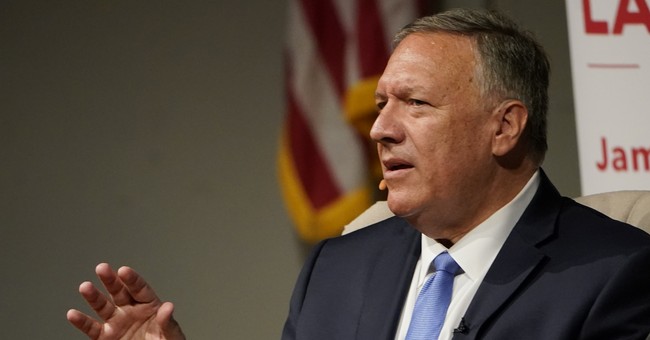 Iranian citizens from all walks of life have been protesting for more than a week over the additional hardships imposed on them by the regime through its arbitrary removal of food subsidies. At least half the population rely on these subsidies.

The protests are becoming increasingly political while authorities are taking desperate measures to suppress them.

Ordinary Iranians are appealing to the international community for assistance in preventing a dramatic rise in the rate of fatalities resulting from the crackdown. A prominent figure in the opposition, Maryam Rajavi, echoed that sentiment on Monday, noting that support from the US and its allies would greatly assist the Iranian people in their efforts to “free Iran, the Middle East, and the world [from] the evil of the nuclear mullahs.” Mrs. Rajavi is the President-elect of the largest opposition movement, the National Council of Resistance of Iran (NCRI). She urged the United Nations to act upon Chapter 7, Article 41 of its charter to impose greater economic sanctions and diplomatic isolation on the Iranian regime. She called for urgent accountability for the regime's massacre of30,000 political prisoners in the summer of 1988, as well as for their violent crackdown on uprisings in November 2019, which left 1,500 people dead.

Former Secretary of State Mike Pompeo met with Mrs. Rajavi at Ashraf 3 in Albania, the headquarters of the main constituent of the NCRI, the Mujahedin-e Khalq, a 57-year-old organization that enjoys expanding support inside Iran. “The regime in Tehran went to the extreme to massacre 30,000 political prisoners,” Pompeo said while criticizing the US government for its failure to provide substantial political support to the Iranian Resistance. He went on add that the overwhelming majority of those prisoners were supporters of the MEK, and that the regime’s nearly single-minded focus on the group constitutes a persistent threat of attack which “extends far beyond Iran’s borders, with the regime having waged terror plots in Europe and the US against the leaders of this movement.”

But Pompeo also emphasized that these efforts reflect the Iranian regime’s severe anxiety over the “tremendous capabilities” of the NCRIand MEK. He stressed that it is “a necessity” for the current government and any future US administration to “reach out to the Iranian Resistance” to coordinate a realistic strategy.

By further expanding economic sanctions and other pressures on the regime, the US could very well provide the Iranian people with precisely the added push they need in order to realize a goal of regime change that has been quite explicit in a number of unprecedented public protests since the end of 2017. Such actions will warn the regime that it will be held accountable for its human rights violations.

Up to this point, the regime’s hold on power has largely depended upon a strong sense of impunity that has grown out of its avoidance of consequences for incidents like the 1988 massacre. The international community’s failure in this regard was acknowledged by several UN human rights experts last year when they wrote an open letter about the former crime against humanity and noted that no relevant bodies had followed up on a December 1988 resolution which recognized that year’s increase in politically-motivated killings.

“The failure of these bodies to act had a devastating impact on the survivors and families as well as on the general situation of human rights in Iran,” the letter noted before articulating the international community’s responsibility to compensate for its prior failing. The US can lead the way in that endeavor.

Iran's bright future has been outlined by Mrs. Rajavi in a ten-point plan to be implemented if and when she assumes the role of transitional president.

The plan calls for a secular republic that guarantees freedom of speech and assembly, individual freedoms, gender equality, and a non-nuclear Iran, among other features.The oppositional group has shown it has staying power thanks to its deep social roots. Its Resistance Units within Iran have destroyed images of the clerical regime’s leadership on the streets, posting Rajavi’s image in their stead, and broadcasting public messages that call for democracy and freedom.

The broad acceptance of this messaging is a vital reminder of the fact that Iran is most likely to follow a clear political course in the wake of the mullahs’ overthrow. Iran has a better future ahead of itself. As Mike Pompeo said on Monday, “In the end the Iranian people will have a secular, democratic, non-nuclear Republic.”