Despite Nuclear Crisis, Policy Focus Should Turn to Iran’s Other Malign Activities

Majid Rafizadeh
|
Posted: Jan 27, 2022 12:01 AM
Share   Tweet
The opinions expressed by columnists are their own and do not necessarily represent the views of Townhall.com. 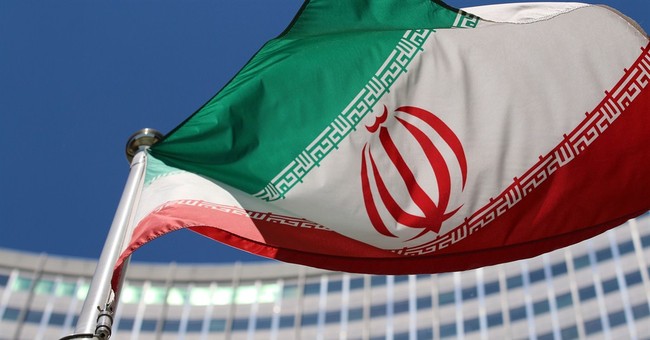 Iran’s drive to acquire nuclear weapons remains at the forefront of policy discussions regarding the regime in Tehran. This is understandable, of course, but the severity of the underlying threat is still no justification for overlooking any of the regime’s other malign activities.

The potential perils of single-mindedness have been variously highlighted in recent weeks by incidents like the attacks on U.S. assets in Iraq and Syria, which were evidently carried out by the Iranian regime’s regional proxies but timed to coincide with the second anniversary of a U.S. drone strike that eliminated top terrorist operative, Qassem Soleimani.

The latest example of the proxy threat came on Jan. 17, when a drone attack penetrated the territory of the United Arab Emirates and struck civilian areas of the nation’s capital, Abu Dhabi. The drones in question were almost certainly of Iranian origin because the regime has been caught smuggling advanced weaponry to the Houthis in Yemen on several occasions and has placed a great deal of emphasis on drones in its own recent paramilitary buildups.

The recent attacks in Iraq, Syria, and the UAE, coupled with earlier attacks on Saudi Arabia and direct missile strikes on U.S. assets in Iraq, make it clear that the threat from Tehran is confined neither by geography nor by ideology. The regime freely targets fellow Muslim nations as well as Western targets. It has even attempted to take the fight onto those Western nations’ territory, as in 2018 when a regime’s Vienna-based diplomat and three Iranian intelligence operatives were caught attempting to carry out a bomb plot against Free Iran Gathering outside Paris. On January 17, four European lawmakers joined NCRI President-elect Mrs. Maryam Rajavi in a conference that highlighted the full range of malign activities for which Tehran must be held accountable.

The speeches made clear references to the nuclear issue and the negotiations that are ongoing in Vienna between Tehran regime and six world powers. But they also criticized Western signatories of the 2015 Iran nuclear deal for taking too conciliatory an approach to those negotiations while overlooking other issues out of fear that they might impede the chances of Tehran agreeing to a resolution.

“The conciliatory approach has yielded no results,” said former British Speaker of the House of Commons John Bercow, criticizing his own government and its allies for dealing with Iran’s rogue regime in the same way they would deal with fellow democracies.

Franco Frattini, former Italian Foreign Minister and former European Commissioner for Justice, Freedom, and Security, elaborated by pointing out that he had taken part in negotiations over Iran’s nuclear program in 2003, when the Iranian government was supposedly led by a “reformist” administration. “Those people were no different from those who are in office today,” he said referring to officials appointed by Ebrahim Raisi, the newly installed president. Both administrations had the same goal, Frattini said: to use the nuclear issue as leverage and prevent Western powers from exerting pressure that would affect the regime’s ambitions in this and other areas. Frattini addressed the central focus of Monday’s conference by saying that Iranian authorities specifically sought a “free hand to commit abuses against their own people.” This speaks to the perception that Western powers have overlooked the domestic aspect of Tehran’s malign activities to a greater extent than any other.

Former Belgian Prime Minister Guy Verhofstadt also emphasized that this phenomenon dates back at least to 1988, when the Iranian regime carried out a massacre of 30,000 political prisoners and faced no international consequences for what some scholars of international law would later label as an instance of genocide. “The international community turned a blind eye to this crime against humanity, and this passivity continues to this day,” Verhofstadt said. His speech on Monday also noted that the “impunity crisis” in Iranian affairs “reached its peak” last year when Raisi was appointed president of the Islamic Republic despite bearing a large share of the responsibility for the 1988 massacre.

Raisi was one of only four officials to serve on the Tehran “death commission” which held sham re-trials of political prisoners in Evin and Gohardasht Prison as part of the implementation of then-Supreme Leader Ruhollah Khomeini’s fatwa targeting organized opposition to the clerical system. Some 90 percent of the victims were members or supporters of the People’s Mojahedin Organization of Iran (PMOI). Rajavi highlighted the progress the Iranian Resistance has made toward overthrowing the theocratic dictatorship and setting the stage for a truly democratic system to take its place. “Our Resistance has been able to establish an organized network of Resistance Units in provinces throughout the country,” she said, adding that those units carry out “daily activities” in support of a much larger movement comprised of nationwide uprisings in 2018 and 2019, as well as countless other protests that span entire provinces or regions.

Rajavi also offered concrete recommendations for how Western powers might improve upon their policies toward the clerical regime in Iran. They included halting the current nuclear negotiations, re-implementing United Nations Security Council resolutions, and exerting new pressure on the regime over its human rights violations, including the 1988 massacre of political prisoners. She and other speakers at Monday’s conference made it clear that human rights should be at the forefront a correct European policy toward Iran, partly because it represents the regime’s most imminent and widespread threats to life, but also because that focus has the potential to empower Iranian activist communities and “Resistance Units” at a time when an unprecedented rise in anti-government protests has prompted a nearly unprecedented surge in government repression.

The latter trend is no doubt enabled by the sense of impunity that surround’s Ebrahim Raisi’s appointment to the presidency. And so long as he faces no consequences for his prior human rights abuses, he will continue to promote more of the same after attaining the regime’s second highest office. That prediction has been affirmed by a sharp increase in executions and various instances of Iranian activists, especially MEK supporters, receiving lengthy prison terms, death sentences, and arbitrary punishment for “crimes” such as “spreading propaganda” and showing “enmity toward God.” Nevertheless, anti-government protests are continuing in Iran on what John Bercow called “a magnificent scale.”

One can only imagine how much more expansive that scale would be if the Iranian people had greater reason to believe that the international community would confront further escalations of the regime’s crackdown, as opposed to focusing solely on Western interests and the already-collapsing Iran nuclear deal.