Reform SSDI Before It’s Too Late 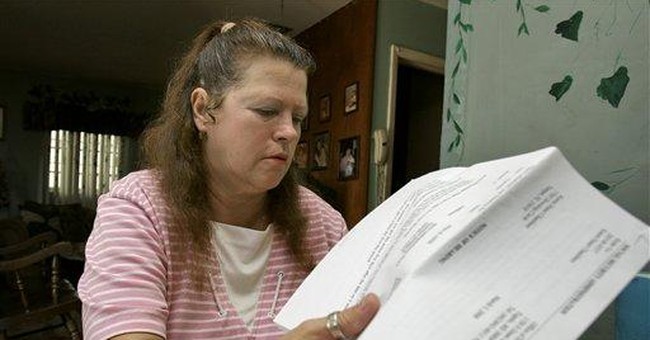 Congress needs to reform the Social Security Disability Insurance (SSDI) program before it is too late. The system is broken and the program is running an unsustainable deficit. If this program is not immediately reformed, taxpayers will be fleeced because of payments to individuals not eligible for the program. Ultimately, the truly in need are hurt by mismanagement and improper payments.

Congress often governs by crisis and rarely passes legislation or changes a policy choice until the last possible moment. Taxpayers only need to look at recent government funding bills and the raising of the debt ceiling as prime examples. Congress doesn’t need to act this way in fixing the broken SSDI program before dire action is needed. The SSDI program has been in trouble for several years without much action to fix the problems.

In fiscal year 2015, the federal government will collect $116 billion in Social Security taxes for the program while spending $151 billion, leaving a $35 billion deficit this year. Such deficits are nothing new for the SSDI program. For the past six years SSDI operated in the red and the amount of the shortfall has only grown larger.

Enrollment in the program spiked in 1984 when SSDI eligibility policies were relaxed and now supports approximately 9 million disabled workers and 2 million spouses and children per month. This is a 77 percent increase in spending over the past decade. According to the Social Security Administration (SSA), the program is expected to become functionally bankrupt in late 2016, at which time Congress’ options will be limited to cutting benefits or borrowing money from a more solvent program like Old-Age and Survivors Insurance program, which could threaten the retirement security of seniors. Beginning in the fourth quarter of 2016, an automatic 19 percent cut to federal disability benefits will be applied to all recipients if no action is taken.

This program is in need of immediate reform. Congress needs to determine this year if the program can be saved. The looming insolvency of the SSDI program is a direct threat to the Old-Age and Survivors Insurance that most Americans rely on for their retirement. Fortunately, in January 2015, House Republicans passed procedural rule that would effectively prevent Congress from raiding the Old-Age and Survivors Insurance Trust Fund to subsidize the disability fund without reforming the SSDI program. More needs to be done.

Our Generation published a report that highlights the myriad examples of how the program could be better managed and ultimately made to work in a more efficient way. The most effective program at reducing waste, fraud and abuse associated within SSDI in recent years has been the Cooperative Disability Investigations (CDI) program. This program consists of just 26 CDI units, operating on a cost of approximately $1.7 million a year each and managed to reduce SSDI costs an estimated $337 million in FY 2013.

Recent headlines noted at least 6.5 million active Social Security numbers belong to people who are at least 112 years old and are more than likely deceased. Unfortunately, controls within the disability program are not much different. Each year, the SSDI Trust Fund loses tens of millions of dollars because SSA continues disability payments to beneficiaries after the individual’s condition has improved and is no longer eligible for benefits. SSA should put an end to this practice of improper payments by installing an automated system to automatically remove enrollees from the SSDI program upon determination that a medical improvement occurred making them capable of returning to work.

Congress should not wait for another crisis to brew and should act proactively to improve the federal disability insurance program without delay.