MacMillin Slobodien is the Executive Director of Our Generation, a nonpartisan free market advocacy group where he advocates at the federal and state level; he also serves as spokesman for the organization; conducts policy research and analysis. His opinion pieces have appeared in The Washington Post, The Washington Times, The Examiner, The Daily Caller, Human Events and other national publications as well as appeared as a guest on numerous radio and TV programs. He has been instrumental in Our Generation’s effort to enact legislative term limits for elected officials as well as protect retirement security for seniors.

Slobodien is a graduate of the Lafayette College in Easton, Pennsylvania with a degree in Government and English and law degree from the Columbus School of Law at The Catholic University of America, in Washington, D.C. 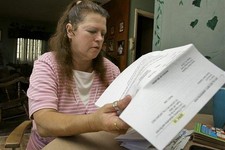