Lindsey Stroud
|
Posted: Apr 25, 2019 2:01 PM
Share   Tweet
The opinions expressed by columnists are their own and do not necessarily represent the views of Townhall.com. 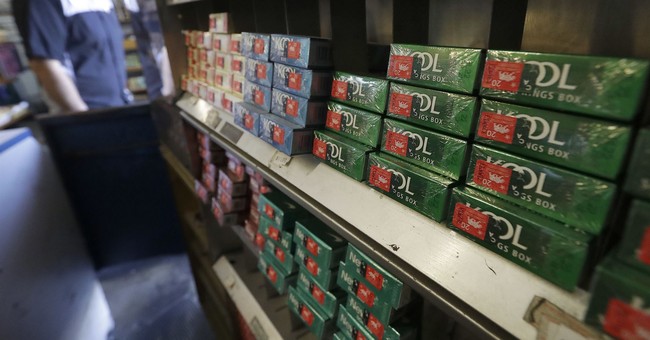 Perhaps lawmakers should study the effects of New York City's misguided taxes and restrictions on cigarettes. In Gotham City, a pack of cigarettes costs $13. Not surprisingly, these outrageous prices have led to NYC being dubbed “the cigarette smuggling capital of the nation.” Even less shocking, NYC boasts a booming black market for tobacco products, which cost the city approximately $740 million in 2015.

Besides the incredibly high price tag on cigarettes, NYC has created a black market that brings in millions of dollars for enterprising criminals. And to make matters worse, lawmakers seem intent on creating yet another black market opportunity by banning the sale of menthol cigarettes.

Despite the fact that smoking rates among American adults are at an all-time low, policymakers believe they should help adults by further restricting access to tobacco products. For a quick history lesson, in 2009 Congress gave authority to regulate tobacco products to unelected and unaccountable bureaucrats at the U.S. Food and Drug Administration. Even worse, the 2009 Family Smoking Prevention and Tobacco Control Act banned the sale of flavored tobacco products, but did not include flavored cigars and menthol cigarettes. Now, lawmakers want to ban the sale of menthol cigarettes.

Although an exorbitant tax on tobacco products may be unique to progressive areas, a ban on menthol cigarettes will create thriving black markets across the United States, as most tobacco retailers sell menthol cigarettes. In a 2012 study, a quarter of menthol smokers indicated they would find a way to purchase, even illegally, menthol cigarettes, should a ban be enforced. A ban on these types of cigarettes would surely create incentives for criminals to sell black market products and lead other cities to the same issues NYC currently faces.

Many also link menthol cigarettes to youth tobacco use. Children of smokers are twice as likely to pick up smoking. Research also reveals tobacco brand awareness among youth has increased among children with parents who smoke cigarettes. It is highly probable most youth begin smoking the same brands their parents and/or social peers prefer.

Moreover, if lawmakers truly care about eradicating smoking, they’d earmark more tobacco funding towards programs to help smokers quit. In fiscal year 2019, the states received an estimated $27.3 billion in revenue from tobacco settlement payments and taxes. However, they only spent $655 million, or 2.4 percent of this funding “on programs to prevent kids from smoking and help smokers quit.”

Although some lawmakers may erroneously believe banning menthol flavors in cigarettes will decrease smoking rates across the United States, this type of prohibition will have dire consequences, including increased illegal activities from black markets and negative health consequences due to unregulated menthol cigarettes. If lawmakers actually want to decrease smoking rates, they should dedicate more funding to tobacco education and cessation programs.