Linda Chavez
|
Posted: Dec 29, 2017 12:01 AM
Share   Tweet
The opinions expressed by columnists are their own and do not necessarily represent the views of Townhall.com. 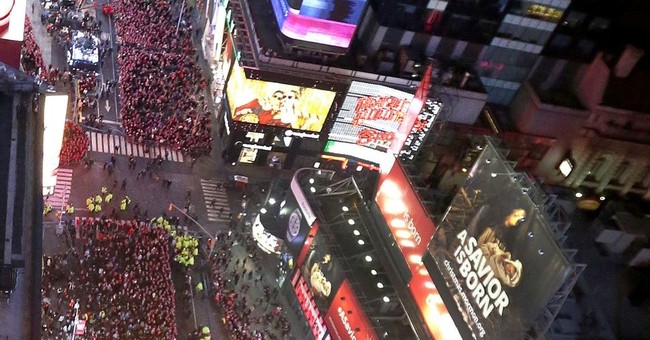 It's that time of year again -- to look back on the past in hopes that we've learned something we can apply to the new year. I'm at the age where there's a lot more past than future to look forward to, but that also means many more lessons have been learned. Instead of the usual New Year's resolutions, with promises to pass up desserts and exercise more or be nicer to those around me, I've taken the time to look back on my columns this year to plot a better way forward. So, here's my shortlist of do's and don'ts based on what's missing or overdone in my columns from this past year.

1) Spend less time venting. People have largely made up their minds about President Donald Trump, and my dozens of columns criticizing him probably haven't persuaded many fans to abandon him. It might be more fruitful to uncover what makes the roughly third of the country stick with him despite his faults, foibles and forced errors. So for every three columns attacking Trump I write in the next year, I will write one that tries to understand the concerns of his base, because you can't change minds unless you understand what makes them tick in the first place.

2) Get beyond the Beltway. At the moment, I live some 1,500 miles outside Washington, and I haven't lived inside the Beltway since 1998, but my columns usually dwell on what's happening on Capitol Hill or at 1600 Pennsylvania Ave. This year, I'd like to spend more time telling stories of real people I encounter and the concerns that preoccupy them. That will be quite a challenge this coming year because I'm busy planning a move back to the D.C. area. But it's not politics that brings me back but family: my three sons, two daughters-in-law and nine grandkids. Even though our family is more political than most, I expect there is a lot I can learn from the kids and grandkids, including what it's like to be a teenager today, what the job prospects are for new college graduates, how changes in taxes and health care play out in real families.

3) Pay attention to popular culture. Like most members of the chattering class, I don't spend a lot of time watching network TV, going to blockbuster movies or listening to hit songs. I never saw a single episode of "The Apprentice," which may be one reason I underestimated Trump as a candidate. Nor do I have much of a feel for what kids and even adults are taking in on their big-screen television sets -- or, more likely with the younger set, on their computers and phones. I spend little time on social media, had no idea who Meghan Markle is or why I should care, and have never played a game online or made a YouTube video. This coming year, I intend to get recommendations from friends and family to fill in the holes in my experience and hope to analyze what I learn, which should make for columns that are a little less stuffy and more fun to read.

4) Accentuate the positive. The old 1940s song may be corny, with its message to "ac-cent-tchu-ate the positive ... latch on to the affirmative (and not) mess with Mr. In-Between," but so much of opinion writing is driven by outrage that perhaps we need a little leavening. Even The New York Times has run series on "Family Stories That Bind Us" and "Modern Love," while The Washington Post puts out a newsletter called "Inspired Life," whose motto is: "For a better you, a better community and a better world." People crave positive news. Most people have enough angst and anger in their own lives; they could use a little uplifting. Next year, I will try to write at least a few columns that aspire to make readers feel better, not worse.

We'll see how successful I am at keeping these commitments -- and if I fail, I can always write a year-end column in 2018 that explains why. Happy new year.