What I Want in a President

Linda Chavez
|
Posted: Jul 29, 2016 12:01 AM
Share   Tweet
The opinions expressed by columnists are their own and do not necessarily represent the views of Townhall.com. 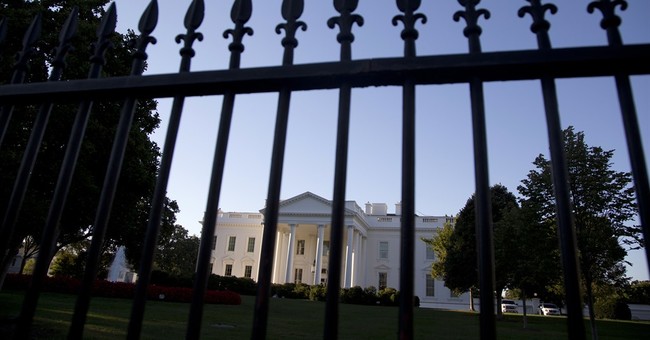 Trending
More than 20 million Americans watched some or all of the Republican and Democratic conventions these past two weeks, though how much crossover there was between the two is unknown. For those of us who watched both, the differences were stark and confusing. Donald Trump's convention painted a dismal view of the American landscape: a nation at war -- besieged by terrorists, criminals and cheating foreigners -- losing on all fronts and able to be saved only by electing a strongman who will bring law and order.

Hillary Clinton's convention was more optimistic, but its pledges of more income equality and new entitlements, such as free college tuition, sounded distinctly like a socialist utopia. There were more flags at the Republican convention, but the Democrats talked more about love of country, with speakers from Michelle and Barack Obama to Cory Booker extolling American exceptionalism in language reminiscent of Ronald Reagan. Watching the two, I felt the world had been turned upside down.

With voters telling pollsters that they are unhappy with both major-party presidential nominees, the next three months will be a roller-coaster ride -- and as with riding a roller coaster, many voters will hold on tight, shut their eyes and end up screaming.

I want to be able to vote for a candidate for president, but I will only vote for someone who offers at least some of the following. I want a president who offers a clear, integrated approach to dealing with terrorism that incorporates better intelligence, cyber efforts to take down radical Islamic websites that pose a clear and present danger to America and our allies, and increased U.S.- and NATO-led strikes on Islamic State-held territories in Iraq and Syria. I want a president who will honor our commitments to NATO and our allies in Asia and elsewhere and one who will maintain our current free trade agreements within our hemisphere and seek broader agreements that expand our markets elsewhere.

I want a president who understands that our economy depends on a healthy private sector, where government doesn't play favorites or discourage investment and innovation. I want someone who will take a hard look at government regulations and keep those that truly protect safety and eliminate those that simply create busywork and jobs for bureaucrats. My ideal president would be courageous enough to take on entitlement reform, which includes taking on the biggest special interest group in America, seniors like me who draw Social Security checks and Medicare benefits. But he or she would also look at our so-called safety net programs to see whether they really are a temporary helping hand or they are a permanent crutch that discourages work.

I want our next president to know that immigrants helped build this country and continue to make it grow more prosperous every day. I want him or her to encourage more people to come legally, but I also want those newcomers to have the skills America needs and a willingness to learn our language and take pride in becoming American as every group before them has, including the most recent Hispanic immigrants.

I want a president who will unite us, not divide us. I'm tired of appeals based on race, ethnicity, sex and economic status. I want a president who appeals to the better angels of our nature, not one who sees one part of our population as ripping off the other or one group as victimizing another.

I want someone who understands that our most intractable social problems -- from poverty to unequal educational achievement to crime -- can be traced not to race but to the breakdown in the two-parent family. And I want that president to speak honestly and openly about this issue and to evaluate every government program to see whether it encourages or it discourages the formation and support of two-parent families.

At the moment, neither major-party candidate offers much, if anything, that I'm looking for. Worse, the next four years promises not an end to the roller-coaster ride but more of the same. The best we can hope for is that whichever candidate is elected, we'll be able to step off the ride with nothing more than a queasy stomach.