Linda Chavez
|
Posted: Jan 15, 2016 12:01 AM
Share   Tweet
The opinions expressed by columnists are their own and do not necessarily represent the views of Townhall.com. 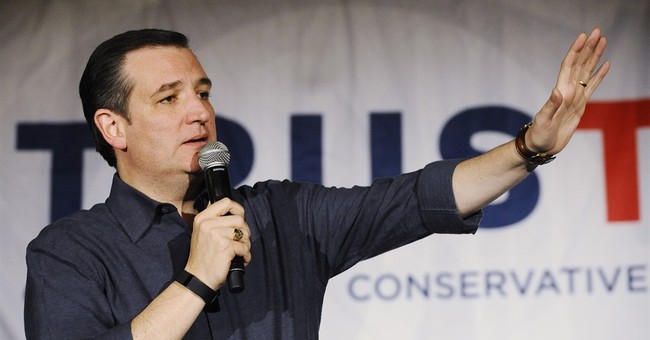 Trending
Donald Trump is right: Ted Cruz has a problem. By raising the "birther" issue, Trump is planting the seeds for a legal challenge should Cruz ultimately win the Republican presidential nomination. At the moment, Trump is hoping that all he has to do to stop Cruz's rise in the polls is to question whether the senator is even eligible to become president. But Trump won't stop there if Cruz's growing supporters don't defect over the birther issue.

The issue is complicated, and the merits have never been fully litigated. Federal law confers automatic citizenship to any child born outside the United States as long as one parent is a U.S. citizen at the time of the birth and meets other specific criteria. In Cruz's case, though he was born in Canada and his father was not a U.S. citizen, his mother was. In order to be granted automatic citizenship by law in 1970, Cruz had to have one parent who not only was a U.S. citizen, by birth or naturalization, but also had lived in the United States for at least 10 years -- at least five of them after the age of 14.

Cruz's American-born mother met all the qualifications, so he was born a U.S. citizen. Case closed? I think so -- and most constitutional scholars agree, but not all.

A small group of constitutional scholars argues that eligibility is far more restrictive. The debate centers around a single sentence in Article 2 of the Constitution: "No Person except a natural born Citizen ... shall be eligible to the Office of President." In an op-ed for The Washington Post this week, Widener University law professor Mary Brigid McManamon claims that the phrase "natural born Citizen," which appears only once in the Constitution, means that only people born on U.S. soil are eligible to become president. She asserts that the Founding Fathers included the phrase to adopt the English common law definition of citizenship -- jus soli, or the law of the soil -- which conferred citizenship on the basis of birthplace.

So does this arcane issue really matter? Most voters seem to dismiss it, with a new Bloomberg Politics/Des Moines Register poll showing that 83 percent of Iowans don't care that Cruz was born in Canada. But polls don't settle constitutional issues; courts do. All it will take to cause major problems for Cruz is a lawsuit.

Several such lawsuits were filed against Barack Obama in 2008, alleging falsely that he was born in not Hawaii but Kenya. Those lawsuits were dismissed because the plaintiffs lacked standing; they could show no individual harm to themselves even if their claims turned out to be true.

But if Cruz continues to eat into Trump's support by winning Iowa and picking up Trump supporters in South Carolina, Nevada and elsewhere, you can bet Trump will call in his lawyers. He says he wouldn't want to win that way -- for now, at least -- but he is famously litigious. He'll try to win any way he can, and if it means bringing suit against Cruz, so be it. As the early front-runner for the GOP nomination in a highly contested race, Trump could show that Cruz's candidacy caused him actual harm should the senator become the nominee. Trump might not even have to wait that long to force a hearing in the courts.

Meanwhile, Cruz is being pushed to deal with questions about his eligibility, which throws his campaign off track. There is some delicious irony in Cruz's predicament. After all, he wants to deny birthright citizenship to children born in the United States to parents who are here illegally. He acknowledges that doing so would require amending the Constitution, because the 14th Amendment clearly states that people born on U.S. soil are citizens. But as satisfying as it might be to hoist Cruz with his own nativist petard, the constitutional issue is more important than Cruz.

If Cruz had more friends in Congress, he might be able to pre-empt a legal challenge by getting legislation passed to make clear that citizenship at birth, not whether a person was actually born on U.S. soil, satisfies the constitutional requirement of "natural born Citizen." Alas, not many members of either party are likely to come to his aid.

Ted Cruz indeed has a problem. And his name is Donald Trump.