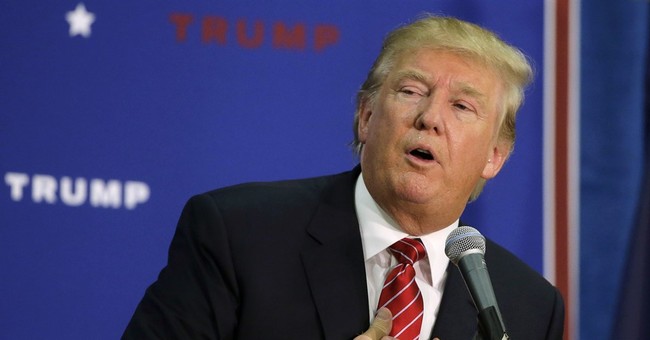 Trending
Donald Trump may have a reputation for making things bigger, but when it comes to his plans for the U.S., he wants to shrink it. He says his tax plan will spur economic growth to 6 percent a year -- a level not seen in more than a decade. But it's hard to imagine how he will do so given his signature issue, which is reducing immigration.

He has announced that he will remove 11.3 million illegal immigrants currently in the U.S., and he hopes they will take along their American-born children who are minors. He also says he'll stop admitting new legal immigrants and some temporary workers until every unemployed person living here now has a job, which would reduce the population by another million persons each year. He also announced this week that he will kick out any Syrian refugees admitted by the Obama administration in response to the international refugee crisis.

The effect of this reduction in U.S. population would be to reduce GDP by at least $1.6 trillion and to reduce the labor force by more than 11 million workers, according to a study by the conservative American Action Foundation (AAF). The result would be a massive contraction in the economy that would make the Great Recession we've just experienced look mild in comparison. And, of course, the plan to remove undocumented immigrants would come with a heavy price tag: AAF estimated $400 billion to $600 billion.

How exactly a President Trump would pay for his plan, he never tells us. Maybe he'll "make Mexico pay" for it, just as he promises he'll make Mexico pay for a 1,400-mile wall across its border. But the truth is, Americans would pay -- big time -- in lost jobs and higher prices.

The 11 million illegal immigrants Trump wants to remove own or rent homes, buy cars, food, clothing, TVs and other consumer goods, eat out at restaurants, buy services, and contribute in myriad ways to the economies of the communities in which they live. If they were to disappear, those local economies would feel the impact. Housing vacancies would increase, dealing a major blow to an industry that suffered more than any other during the last recession. Local businesses would have fewer customers, forcing some to close. And prices for many goods, especially food and some services, would increase, hitting all Americans in the pocketbook.

But perhaps even more devastating, Trump's plan to halt legal immigration, what restrictionists like to call euphemistically a "pause" in immigration, would deprive America of the human capital needed for our country to grow and prosper. It is no accident that some of our most innovative entrepreneurs were either immigrants or the children of immigrants: Google co-founder Sergey Brin was born in Russia; Apple's Steve Jobs was the son of a Syrian foreign student. Immigrants or their children founded more than 40 percent of Fortune 500 companies, according to a study by the Partnership for the New American Economy. More than 30 percent of all U.S. Nobel laureates were foreign-born, going back to 1906, and immigrants submit about 25 percent of all patent applications yearly.

But even if we didn't need immigrants to build new companies or to innovate, America's aging population needs them to help support our safety net for the elderly. Even illegal immigrants are helping to keep the Social Security system afloat, contributing $12 billion a year in cash flow to Social Security, which they will never receive back in benefits. Between 1996 and 2011, immigrants overall also contributed $182 billion more to the Medicare Hospital Trust Fund than they receive in benefits -- while the native-born are a drain on the program.

Trump claims to be a smart fellow who knows a lot about money. But if he is elected president, his immigration proposals will tank the U.S. economy. Making America Great Again can't be accomplished by shrinking our population.