Avoiding the Pitfalls of 2012 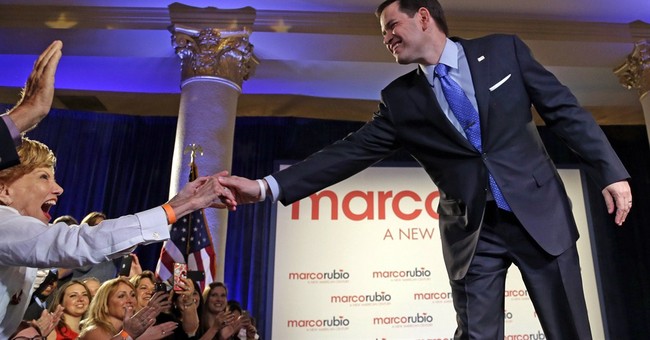 Republicans lost the 2012 presidential election during their primaries. By the time Mitt Romney secured his party's nomination, the seeds of his defeat had already germinated. The challenge for Republicans in 2016 will be to keep that from happening again. And no issue is more fraught with dangers for Republicans than immigration.

Of the three announced Republican candidates -- Sens. Marco Rubio, Ted Cruz and Rand Paul -- Rubio is probably in the best position to avoid the mistakes of the past.

Paul's problem is that he has been all over the board on immigration. Although he has recently said he favors legislation that would give work permits to many of the 11 million immigrants now in the U.S. illegally, Paul wants to revoke birthright citizenship. But the nation has, from its founding, embraced birthright citizenship, albeit denying it to the descendants of slaves until passage of the 14th Amendment. A constitutional amendment revoking birthright citizenship has no chance of adoption, and those who argue that simple legislation would suffice ignore the plain language of the 14th Amendment, the legislative history and debate at the time of adoption, and Supreme Court precedents.

Cruz, on the other hand, has made opposition to illegal immigration a cornerstone of his political identity, pushing to shut down the entire Department of Homeland Security to prevent funding for President Barack Obama's executive amnesty. But even Cruz has adopted a softer tone in the aftermath of the announcement of his presidential bid, saying he favors a legal guest-worker program -- a position opposed by restrictionist anti-immigration groups, such as NumbersUSA and the Federation for American Immigration Reform.

So how would Rubio fare in the immigration debate within the party? Rubio was one of the so-called Gang of Eight, who fashioned a comprehensive immigration bill in 2013. The anti-immigrant right has denounced the bill as "amnesty," but Rubio has been skillful in deflecting those attacks. The bill included fines for those who have broken the nation's immigration laws -- $1,000 per person is hardly an amnesty -- as well as requirements that they pay all back taxes, pass a criminal background check and learn English.

As Rubio told Fox News Channel's Megyn Kelly this week, he worked to make the bill as conservative as possible in a Senate that was still controlled by Democrats and assumed that the Republican House would strengthen the border provisions and other parts of the bill. "That was our hope. It didn't work out that way," he said.

Rubio opposes President Obama's executive amnesty -- as do most Republicans. But he also knows that deporting 11 million people would be not only unfeasible but also un-American.

In an example of courage under fire, he gave a firm "no" to a voter in New Hampshire who asked that he commit to "send home every single person that's violated our country's laws and is here illegally." Rather than pander to the anti-immigrant wing of the party, Rubio said: "I don't think anyone can commit that to you. You have 12? million human beings in America, most of whom we don't even know who they are and some of them whom our country's not going to tolerate rounding up and sending back."

Rubio has spent a decade and a half fashioning solutions as a legislator, first in the Florida House of Representatives, where he became speaker, and then in the U.S. Senate. He knows that the only solution to our immigration problem is to rewrite our antiquated, unworkable immigration laws.

If Rubio and other would-be Republican hopefuls can stick to focusing on ways to fix our broken system and ignore temptations to bash immigrants who are here illegally, they just might end the primary season with some hope of winning over the Hispanic and Asian voters who deserted the party in 2012. Without those voters, the GOP would have a much more difficult path to taking back the White House. But more importantly, it's the right thing to do.