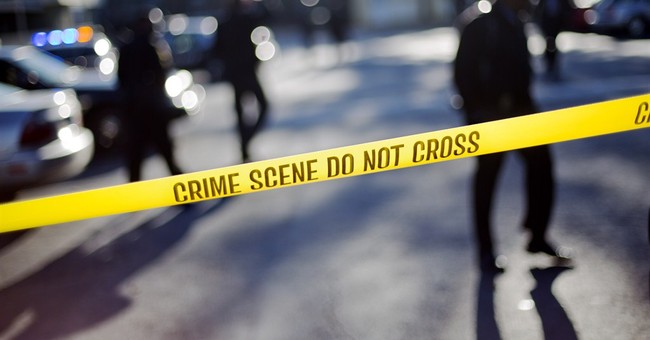 To demonize police officers and to promote the liberals’ stereotype that cops hate black people, it helps tremendously when the media totally ignore the variety of programs that urban police departments organize to support black youths in high crime neighborhoods.

Perhaps if journalists reported on these police programs and encouraged participation with the amount of effort they devote to exploiting violent interactions between cops and black individuals who resist arrest or commit other crimes, the relationship between the police and black communities might have a chance of improving.

Across the country in cities like Detroit, Chicago, St. Louis, and Baltimore, the police reach out to inner city youths struggling to overcome the dangers and challenges these kids face. Cops try to provide positive activities and interactions with the children and teens in the communities that the police are sworn to protect. The departments also organize efforts like Christmas programs to provide presents to as many children as possible.

In smaller cities with fewer resources, many police officers take it upon themselves to help the local youths. My friend Ryan Hepler is a perfect example. The city Ryan has sworn to protect has the dubious distinction as one of the top 10 most dangerous small cities in America. In fact, two of the boys Ryan has tried to help by getting them involved in the sport of amateur wrestling have shot at least four local youths and attempted to shoot more.

On the other hand, Ryan and his fellow officers have not shot any youths in the 10 years Ryan has served on the police force.

Instead, Ryan has logged countless hours of his own time organizing and raising money to provide opportunities for the kids he works with to compete in wrestling tournaments across the country. This past summer, Ryan drove a van full of local local youths to Fargo, North Dakota, to compete in the USA Wrestling Junior Nationals. One of his wrestlers, Wilson Smith, placed second to earn all-American honors at this prestigious tournament.

For many of the kids that Ryan works with, their first trip out of North Carolina has been with the wrestling club. Team members have traveled to Florida, Georgia, Ohio, Pennsylvania, and New York thanks to Ryan’s hard work and time.

Ryan encourages the kids to tackle goals they would not ordinarily set for themselves. He works to instill traits like persistence, self-discipline, and a positive attitude. Through Ryan’s commitment to these boys’ lives, they learn to believe in themselves. Ryan teaches them that they can compete against anybody if they are willing to work hard, sacrifice, and to avoid excuses.

Ryan and other cops cannot replace the eyeball of Devonte’s mother -- that was knocked out of her face by the fists of her drug-dealing boyfriend. Ryan cannot stop Demetrice’s mom from disappearing when the demons of drug addiction come calling. Ryan cannot restore life to Jacoby’s friend who was gunned down by rival gang members. Ryan cannot stop Shyheim from joining a gang or attempting to murder other kids. And Ryan cannot do anything to stop teenage boys from making babies with teenage girls.

Ryan (and police officers like him) can only show the kids who know him that he cares about them and believes in them. He can try to teach them values that can help them succeed in life if they will practice and apply them. And he can continue sacrificing his free time in hopes to make a positive difference in the community that he serves and protects.

Ignoring police officers like Ryan by smearing cops as racists to inflame racial division seems like a crime itself. Unfortunately, no law can fix that sort of injustice, hatred, or immorality.