Most Business Isn't Big Business -- and It Matters

Laura Hollis
|
Posted: May 04, 2017 12:01 AM
Share   Tweet
The opinions expressed by columnists are their own and do not necessarily represent the views of Townhall.com. 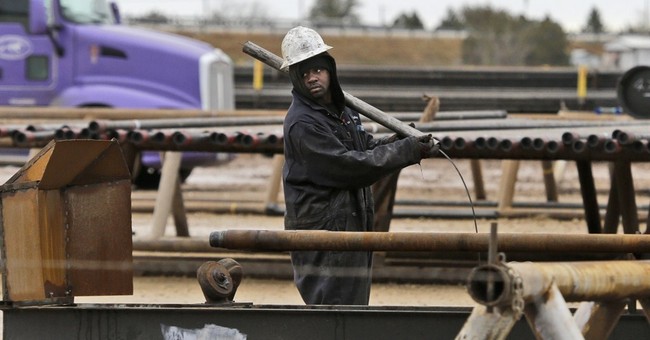 When Republicans seemed to be adrift during the Obama administration, pundits predicted that the party was finished. This this turned out to be a grievous error, as the 2010, 2014 and 2016 elections revealed. The GOP definitely has issues, and the election and early presidency of Donald Trump haven't resolved them. But until recently, fewer were paying attention to the deep divisions and fissures within the Democratic Party.

Bernie Sanders' surprising threat to Hillary Clinton during the 2016 Democratic primaries changed that somewhat. Even so, there has been a tendency to chalk Clinton's loss in November up to her personal failings and poor campaign strategy. While Clinton and her team do bear primary responsibility for her loss, dismissing it as an isolated event would be a gravely incomplete understanding.

One of the most evident rifts between "old guard" Democrats and those who are pushing for change within the party is in the attitude toward business. There is a tendency for the American public -- and the left in particular -- to equate "business" with "big business." Large corporations capture the public's attention because their products, services and logos are everywhere. And when large companies engage in unethical or illegal behavior, it makes headlines. But most businesses in the United States are small. According to the U.S. Small Business Administration's Office of Advocacy, there are almost 29 million businesses in the United States. And 99.7 percent of them are small businesses with fewer than 500 employees. Nearly 80 percent have no employees other than the owners.

These data matter, because just as the tea party has become a powerful current within the Republican Party, an angry push for collectivism is gathering strength within the Democratic Party, and there are distinctly anti-capitalist and anti-business sentiments in this faction. Bernie Sanders' campaign was perhaps the most visible evidence, but we've also seen it in the Occupy Wall Street movement, in the Antifa riots, and in the recent confrontations between Democratic Party leaders and rank-and-file voters who want to hit businesses with higher taxes and higher minimum wages.

The ridiculous amounts of money needed to run political campaigns mean that leaders of both parties spend too much time currying favor with the millionaires and billionaires who control multinational corporations. As a result, "big business" dominates the popular discourse, at the expense of the lesser-known small businesses that make up the meat-and-potatoes of the American economy. It's hard to overstate how dangerous this is, especially when the public mood turns ugly and politicians look for scapegoats.

Venezuela is the latest example of what happens when political leaders make business out to be the enemy. Former Venezuelan President Hugo Chavez called himself a "socialist" when he first ran for office, but after taking power, he nationalized entire industries and seized the assets of private companies in the energy, transportation, telecommunications, agriculture and health care sectors, among others. His successor, Nicolas Maduro, is presiding over Venezuela's continued economic decline, with widespread shortages of basic necessities, hunger and increasing civil unrest. Having learned nothing, Maduro has doubled down on Chavez' tactics; his government seized a factory belonging to General Motors just last month. And it isn't just large foreign-owned companies that are victims of Maduro's thuggery. He has also threatened locally owned pharmacies, craft brewers, bakers, butchers, grocers and farmers with seizure of their businesses if they do not produce goods and services at the artificially low prices he demands, with no regard for production costs.

Socialist redistributionists like Chavez and Maduro characterize profit-making as greed, so they justify their takeovers as being "for the people." But these types are particularly ill-suited to run businesses. Convinced that their moral rectitude makes every decision the right one, they lack the humility that successful business owners tend to acquire -- often the hard way -- when they have to make customers happy and compete for their business.

The push for a more collectivist economy should concern everyone -- not least because it is happening in tandem with increased indoctrination on college campuses, and an aggressive push to silence dissenting viewpoints. Anyone who thinks the Democratic Party is in its death throes is myopic. The question isn't whether the Democratic Party will endure, but who will be in control of it, and what policies the party will espouse. If the Democrats cave to the ultra-left wing, and follow the path of socialists and collectivists elsewhere, the result will be widespread misery and staggering economic loss.

This is avoidable, but only if we counter the negative narrative about American business. If we allow "big business" to become the face of all business, we run the risk of killing the engine of American prosperity.