Laura Hollis
|
Posted: Dec 22, 2016 12:01 AM
Share   Tweet
The opinions expressed by columnists are their own and do not necessarily represent the views of Townhall.com. 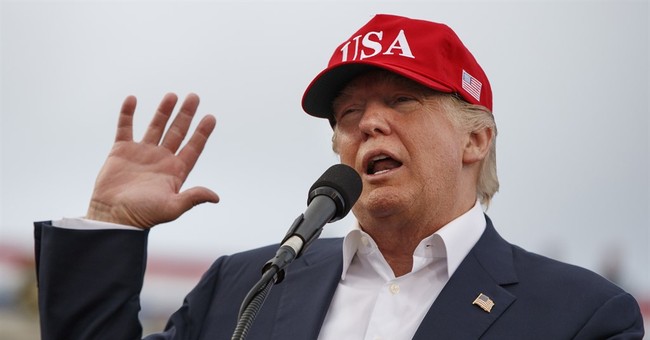 We have just come off of the most acrimonious presidential election in modern memory. There are many distinctive aspects to the 2016 election: the first woman candidate for a major party, a shocking (to many) upset, a victory by a complete outsider to politics.

Even the level of divisiveness is unique. Americans have always had strong opinions about politics, but the level of hostility towards those with different viewpoints has reached the point of absurdity. The news since the election has been filled with hysterical reactions to Hillary Clinton's loss, articles about handling political discussions with family during the holidays, and even a new survey about how Democrat women are the most likely to unfriend someone over political differences.

The drama and vitriol may be entertaining to some, but plenty of us are distressed by it, and have mused about how to return to civility. As Christmas approaches, here's a bit of middle-aged wisdom in the form of a few modest suggestions.

1. For starters, we need to stop playing the Zoltan-the-Magnificent mind-reading game. In other words, it's time we stop discussing public policy in terms of (SET ITAL) intentions (END ITAL), and not results. Yes, we get it -- you want to end poverty, homelessness, illiteracy and any number of other social ills. The issue isn't whether you want it; the issue is whether the policies you're advocating will achieve it. As inconvenient a fact as this may be, your political opponents also want to make life better for people. Stop deflecting discussions about policy failures by claiming that every objection to your preferred policy is based upon hatred; it isn't. Pretending that you read minds also feeds the beast that is overweening moral superiority and self-righteous indignation. See number 2, below.

2. Stop assuming that you always hold the moral high ground. This is the most insidious aspect of contemporary political discourse: "Anyone who disagrees with me is not merely wrong, (s)he's evil." Once that becomes the prevailing narrative (and it has), your neighbors and fellow citizens become the enemy, and their viewpoints merit not consideration, but contempt. The proof is everywhere in social and other media, which have been filled for weeks with left-leaners' pronouncements about the nearly 63 million Americans who voted for Donald Trump: racists, sexists, bigots, haters, evil, stupid, bad people. That is not only false, it is dangerous. When fellow citizens feel this way, it poisons the culture. When (SET ITAL) those in power (END ITAL) hold these views, it results in corruption and active discrimination.

4. Stop the "collective blame" shtick, and return to individual responsibility. Few things upset people as much as being blamed for the wrongdoings of others.

5. Stop rioting when things don't go your way. It's infantile, uncivilized and it hurts innocent people whose businesses and property you've damaged or destroyed.

6. Civility isn't limited to politics. To our entertainers: Stop trying to shock people. Put your clothes back on. No, the nipple doesn't need to be "freed," and neither do the rest of your private parts. Furthermore, if your "talent" consists of simulating sex on stage, it would appear you don't have much to begin with. If you (SET ITAL) do (END ITAL) have other talents, let's see them. And to the industry generally: For heaven's sake, stop celebrating garbage by putting it on national television, and advertising it as an "awards show." We're not fooled.

7. Stop trying to "out" people whose views you don't like. Whether it's Memories Pizza or Sweet Cakes by Melissa, it's antithetical to civility. We've seen how this degenerates. What BuzzFeed tried to do to Chip and Joanna Gaines two weeks ago was despicable. A significant part of civility is the understanding that people are different. There are over 300 million people in this country; they're not all going to think like you do, and it's not your job to "purify" their views. Get over it.

8. Social media notwithstanding, reconsider your impulse to share your opinions about others with the world, especially when you choose to express it with expletives. In fact, one could say more generally...

9. Don't be vulgar; vulgarity is a type of pollution. Worried about your carbon footprint? Try thinking about your verbal footprint. Clean up your language.

And finally, we could change the culture overnight if we would simply...

10. Assume the best about people. In most cases, we won't be disappointed.

So there you are. You might disagree with some of the. Or all of them. And that's fine -- have at it. Just be civil about it. Merry Christmas.