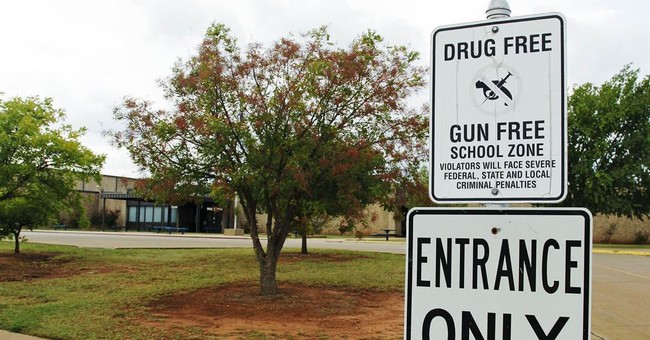 In a recent Facebook discussion following the terrorist attack in San Bernardino, California, a friend whom I respect greatly posed a challenge to those of us defending Second Amendment rights. “You always say what isn't the answer,” he complained, “but you never say what the answer is.”

It was refreshing to have a legitimate debate that didn’t descend into name-calling and hyperbolic accusations. But implicit in my friend’s observation is a question: do those of us who object to the infringement of our rights have a prior obligation to offer a better solution than that which is being proposed?

A more compelling version of this same argument is the “but-we’ve-got-to-do-something” approach. These appeals to desperation are understandable, but misguided, as they promote rushing headlong into any policy proposal without thought for the consequences.

Gun control policy proscriptions are no different. The New York Times outed itself in a rare front page editorial last week, stating that what’s needed is for people to give up their guns, because gun violence is a “national disgrace.” Translation: “we’ve-got-to-do-something.” Even if it’s bad.

The dire conditions of unarmed populations are evident throughout history. Certainly the founders were well aware of them. Virtually every dictator in contemporary history has disarmed the population. Once disarmed, they are powerless to resist whatever oppression is imposed upon them.

Threats from those who would flout gun prohibitions are just as real, and even more immediate. Sandy Hook Elementary School was a “gun-free zone.” As was the theatre in Aurora, Colorado, Umpqua Community College in Oregon, and the Inland Regional Center in San Bernardino. California already has strict gun control laws, not to mention laws against murder. That did not stop Syed Rizwan Farook and Tashfeen Malik from assembling an arsenal and slaughtering 14 people. The same dynamic is on display elsewhere. The city of Chicago has some of the strictest gun control laws in the country – and an alarmingly high handgun murder rates.

“Oh, but the problem is that people can get guns from neighboring states,” the argument goes. “We need a uniform, federal law.”

We’ve seen this argument before, and it failed then, too. When Prohibition (described by President Herbert Hoover as a “noble experiment”) went into effect with the passage of the 18th Amendment to the U.S. Constitution, we had a uniform, federal law that forbade the importation, manufacture, and sale of alcohol. It was a disaster that criminalized the conduct of previously law-abiding citizens, and cost billions in lost revenues, lost jobs, and misplaced law enforcement resources. Not to mention innumerable people killed by the massive criminal infrastructure that Prohibition fostered and encouraged.

As recent events have demonstrated with painful clarity, if Americans were to be disarmed, we would be sitting ducks; sheep for the slaughter; potential victims of every criminal and terrorist, not to mention an overreaching government whose burgeoning power is already a concern.

In addition to being recklessly dangerous, the arguments in favor of reducing or eliminating Second Amendment rights are inconsistent and hypocritical, especially in the wake of the San Bernardino terrorist attack.

After it was revealed that the shooters in last week’s massacre were Muslim immigrants, presidential candidate Donald Trump captured the world’s attention yet again, this time calling for an outright ban on Muslim immigrants.

The reaction was predictable (and bipartisan): “You cannot punish an entire people because of the actions of a few! That’s un-American! That’s not who we are!”

Fair enough. But there is no constitutional right for foreign-born individuals to immigrate to the United States. (Whether there is a moral obligation to take some or all of those trying to come here is a different question altogether.) So by what logic can it be “unfair” to deprive people of a “right” they do not have, but simultaneously proper to deprive American citizens of a right that they do have?

Identifying and stopping those who intend to do harm to others is a serious and difficult problem. It will not be made easier by infringing or eliminating the rights of millions of Americans who engage in no wrongdoing. If we refuse to see that truth, we will suffer consequences far worse than those we have faced thus far.