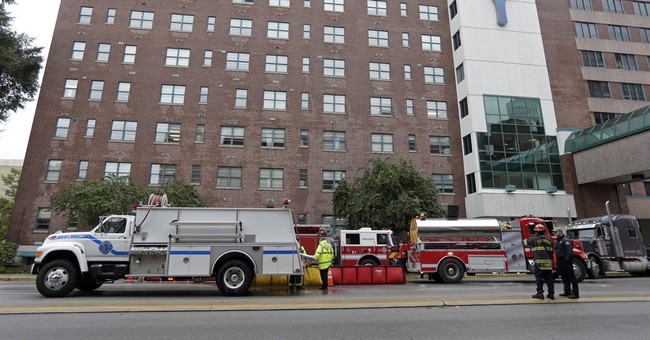 “Amazing grace, how sweet the sound, that saved a wretch like me

I once was lost, but now am found; was blind, but now I see.”

Last week, the New York Post ran a feature story titled, “I poured drain cleaner in my eyes to blind myself.” In this disturbing story, a young woman named Jewel Shuping describes her struggle with what has come to be called “body integrity identity disorder” (BIID) – a condition in which able-bodied people are certain that they “should have” a disability. BIID is a fairly obscure disorder, but its sufferers demand extreme remedies. In some notable cases, people have insisted that they should be amputees, even going so far as attempting to amputate their own limbs, or finding surgeons who will amputate them.

By her own account, Shuping became obsessed as a child with the notion that she should have been born blind. She pretended to be blind for years (called “blind-simming”), but this was inadequate. According to the story, in 2006, Shuping found a “sympathetic psychologist” who counseled her for several weeks before agreeing to Shuping’s request to place drops of lye drain cleaner in both Shuping’s eyes to destroy her eyesight. Shuping is now blind.

There are numerous troubling aspects of this story. First, it is unfathomable that someone who is a trained professional would agree to deliberately blind a patient – even with the patient’s consent. From the standpoint of the law, one cannot typically consent to a violent tort or a crime; the perpetrator is nevertheless liable. How is this not a breach of professional medical ethics?

And yet, BIID sounds remarkably similar to gender dysphoria (or gender identity disorder) – a condition which has been much in the news of late, with Bruce Jenner’s revelation that he felt he “should have been born a woman.” His public transition to “Caitlyn Jenner” has been followed by account after account of people in the U.S. who insist that they were “assigned the wrong gender” at birth. Many of these individuals have undertaken efforts just as serious and permanent as Jewel Shuping’s to make their physical bodies conform to what they say is their internal perception of themselves.

Even those who do not undertake surgical modification of their bodies are now demanding that people treat them as the sex with which they identify, and not the sex that they physically manifest.

The public policy – and public safety – implications of some of these demands are serious. Last month, 150 students at Hillsboro High School in Missouri staged a walkout when a transgender boy who identifies as a girl insisted upon using the girls’ locker room. More recently, the city of Houston has been hotly debating Proposition 1, which would (amongst other things) allow men who identify as women – whether they have had gender reassignment surgery or not – to use women’s bathroom facilities. The ordinance characterizes as impermissible discrimination any efforts to prevent such use, with stiff fines and penalties. Opponents fear for the safety and security of women in public bathrooms where men can enter. Advocates insist that a man who identifies as a woman is not a man.

Transgender activists insist that this is just another instance of advancing civil rights and ending discrimination. It is societal compassion.

The Jewel Shuping case calls such a conclusion into question.

How is gender dysphoria different from body identity integrity disorder? Is there a difference between asking a psychologist to drip lye in your eyes, or a physician to amputate completely healthy limbs, and asking to have completely healthy genitals mutilated or removed? If so, what is it?

In the video that accompanied the New York Post article about Shuping, she is seen disclosing to a new friend the self-inflicted circumstances of her blindness. She asks, concerned, whether this will affect their friendship.

Of course, it shouldn’t. And her friend assures her of his constancy. But he goes further than that; he praises her for her “bravery.” That is the popular word these days. Caitlyn Jenner is frequently praised as “brave.” Why is it now popular to characterize someone who suffers from gender dysphoria “brave,” and considered compassionate to encourage them in their perception – a perception which may be just as much a distortion of reality or a product of a psychological condition as Jewel Shuping’s insistence that she should have been born blind?

There is a message in Jewel Shuping’s story. In her quest to make true that which is not true, she is willing to destroy an otherwise perfectly functioning human sense. Through misguided notions of “compassion,” the people around her help her do it and praise her for it.

This is not bravery; it is illness. And it is not compassionate to indulge it; it is cruelty. On a widespread societal scale, it is insanity, because it sets as socially-desirable policy the denial of truth, the denial of observable reality, and even the denial of medical science.

What is brave is to admit that one is suffering from such an illness. Those afflicted with these debilitating disorders deserve our understanding, our support, and our help. They also deserve the very best treatment medical science can provide. There are, unquestionably, scientific reasons why these people feel the way they do. Instead of feigning compassion by playing along, we owe it to them as our family members, friends and colleagues to help them get to the root of the problem, whatever that may be.

A society which refuses to acknowledge truths because they are uncomfortable or painful to some of its members is one which is willfully blind. Like Jewel Shuping, once that decision is made, there is no going back.