The Quiet "Revolutions" of Personal Choice 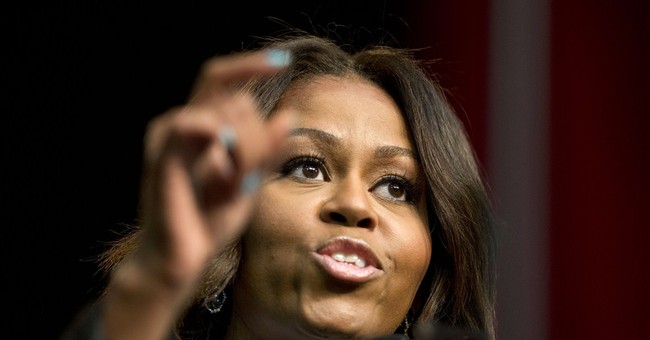 It’s graduation time again, and that means speeches, speeches everywhere. As someone who has taught at universities for the past 25 years, I have heard plenty of them. And they all tend to have grandiose themes: go out and do “great” things; make a “big” splash; “change the world.”

First Lady Michelle Obama’s commencement address at Oberlin College last weekend received a good deal of attention for her use of the word “revolution.” In a number of articles (and inflammatory headlines), her comment appears to have been wrenched out of context, with people accusing her of fomenting revolution. What she actually said was this:

"Get in there. Shake things up. Don’t be afraid. And get out and vote in every election -- not just the big national ones that get all the attention, but every single election. Make sure the folks who represent you share your values and aspirations. See, that is how you will rise above the noise and shape the revolutions of your time.”

So, no -- the first lady was not calling for revolutions. And yet her choice of the word is instructive, nevertheless. For those steeped in the progressive worldview, every conflict is a clash of societal forces to overcome oppression; every social issue requires a “revolution.”

More tellingly, Mrs. Obama exhorts graduates to be involved with government as the solution. Whether (to paraphrase the first lady) it’s as the local dog catcher, on the school board, in Congress or even as president of the United States, it is always government to the rescue.

Just once I would love to hear a commencement speaker focus upon the small things that have the real capacity to “change the world”; specifically, the individual personal choices that can shape everyone’s lives for the better.

Consider recent headlines. The death of Freddie Gray in Baltimore police custody has riveted the nation, as did the killings of Walter Scott, Michael Brown and Eric Garner -- as well they should. And yet, just over Memorial Day weekend in Baltimore, there were nine murders and 30 shootings. In Chicago, 56 people were shot and 12 murdered last weekend.

These scenes are replicated in most of our major cities across the country, week after week. An FBI homicide report from 2013 shows that of the nearly 2,500 blacks killed by a single offender, 90 percent were murdered by other blacks. Where is the outrage over this litany of tragedies? And what has caused it?

Many point to poverty as a source of criminality. If so, we should heed the dozens of studies that show a powerful correlation between single-parent families and poverty. In New Orleans, for example, the percent of children in poverty who were raised in two-parent families declined from 11 percent to 8 percent between 1999 and 2013. In that same time period, the number of children in poverty who were living in single-mother households increased from 52 percent to 58 percent.

This inevitably brings calls for more money. A recent Slate article advocates that “[w]e act like the rich country we are, and grow the safety net so that families headed by single mothers aren’t doomed to a life of impoverishment.”

I don’t think that is the answer. The War on Poverty was declared in 1964. Fifty years later, poverty rates haven’t budged. The policies touted by Michelle Obama and other big government advocates have failed. If $22 trillion is not enough to “fix” poverty, then no amount of money will fix it.

Money will not solve the problem because it is one of shaping character. And this is clearly far more difficult without strong male role models and healthy marriages. The answer lies not in government, which imposes things by force, but in culture, which is created by the choices of individuals in the aggregate. We as individuals have to espouse -- and live by -- values that promote individual responsibility, self-restraint, delayed gratification and the critical societal role of marriage in raising children. This is good news, because our individual behavior has the greatest visible impact on those closest to us. One person making good choices can have immeasurable impact.

It may not be “sexy” to tell high school or college graduates that their success and that of their children may depend in large part upon their sexual self-restraint and choice of a spouse. But it is powerful -- because it is true.

If more commencement speakers would say so, that would be remarkable. If our young people would follow that advice, that would be truly revolutionary.