Sens. Casey, Landrieu, Manchin: Your Time To Act Is Now 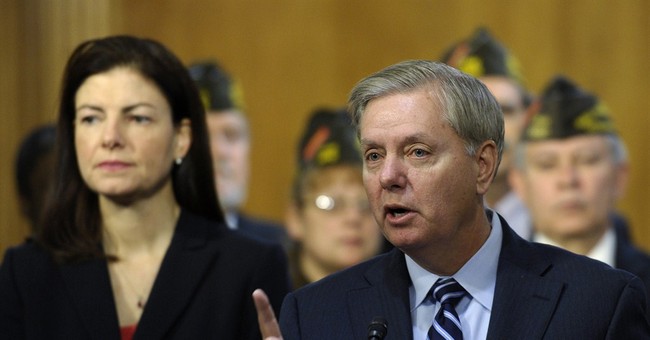 Your colleague, Senator Lindsey Graham, hardly a breather of hellfire and brimstone, has introduced a bill banning abortion at 5 and a half months, as scientific studies have shown this is a time that a baby feels pain (if not earlier). Senator Graham’s bill, S. 1670, provides exceptions for cases of rape, incest against a minor, or where the mother’s life is in physical danger.

Each of you has bravely said that you are pro-life Democrats yet, so far, not one democrat has chosen to cosponsor the Graham bill. It is hard to believe that there is not one, just one, pro-life democrat who will stand up for the kids.

Senators, we know you are under a lot of pressure from leftists groups; groups that will say terrible things about you, that they know are not true, if you exercise your conscience. Do not believe them. You are not whom they say you are.

You have the ability to give and breathe life; to give kids a chance to grow up in the greatest country in the world, to develop their God given talents, and not have their brief existence marred by pain.

These children are much more than future democrats, taxpayers, or even future Americans. They are people, and they are counting on you. They need you. Who cares about the ridicule you will face? Who cares about the money the powerful will throw against you? Let them. Let them waste their coffers while you do what you know, in the deepest recesses of your heart, is right. You will beat them and you will sleep well at night.

Senator Casey, do you remember how the party leadership shut out your Dad at the 1992 Convention when he tried to offer an alternate voice on one issue, abortion, while still supporting then Governor Clinton? They will try to do worse if you stand up for the kids. That was not tolerance or inclusion. It certainly was not compassion. You can be a hero to these kids, and to others in your party that are, so far, afraid to stand as you do. If you, Sen. Landrieu or Sen. Manchin cosponsor the Graham bill more of your colleagues will follow. Each of you will be a hero to them as well.

By giving these kids a fighting chance, by cosponsoring Senator Graham’s bill, they will be coming up to you 20 years from now thanking you for saving their life. They are waiting for you.