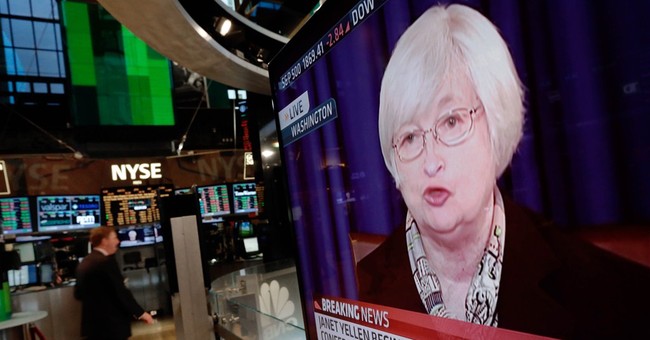 Will somebody please explain to me how rising inflation is somehow going to extricate us from the tepid economic recovery? I don't get it.

It used to be hypothesized that low inflation was the key to high economic growth. For everybody in the economy, low inflation was a tax cut. Conversely, rapidly rising prices were thought to penalize the economy by placing a tax-hike effect on investors, businesses, and families. It was this logic that spurred Paul Volcker (especially) and then Alan Greenspan to labor mightily in the 1980s and 1990s to bring inflation down.

The Fed's favorite inflation measure -- the personal consumption deflator -- has risen about 1 percent over the past year, as has the consumer price index. When I grew up professionally in the 1970s, first as a New York Fed staffer and then as a Wall Street economist, no one -- and I mean no one in their right mind -- would ever have dreamed that double-digit inflation could be brought down to 1 percent. But Janet Yellen is now telling us that low inflation is a sign, and perhaps even a cause, of the weak economy.

Not for one nanosecond should anybody believe this nonsense.

In the best piece he's written in years, David Stockman, my former Reagan OMB boss, blasts Christine Lagarde and the IMF for asserting "that a new jabberwocky expression called 'low-flation' is the main obstacle to higher economic growth . . . and that it can be cured with more central bank money printing."

Stockman, who is a sound-money man, goes on to say, "There is not a shred of credible evidence that prolonged low CPI inflation causes workers to produce less, businesses to invest less, or entrepreneurs to invent less."

Stockman reminds us that falling prices for flat-screen TVs, iPads, and iPhones has caused soaring demand for these products. He also points to Wal-Mart driving down the price of furniture, toasters, and house paint for years while its revenue growth has continued to rise.

Is that what we really want? Is the central bank willing to take that risk? Don't they know that historically a little more inflation turns into a lot more inflation, which then goes out of control?

The good news is that inflation is not accelerating. It's been hovering around 2 percent or slightly less for the last five or so years. Forward-looking market-price signals, such as gold, commodities, the Treasury yield curve, and the dollar exchange rate are recently showing a tiny bit of inflation risk, but not very much. These are the indicators the Fed should watch -- not the unemployment rate or a basket of other labor indicators.

And if you do want faster growth and higher employment, slash the business tax rate. Move to a flat tax for individuals. Lighten the regulatory burden. Most especially, get rid of Obamacare. That will incentivize everyone in the economy and open the door for faster growth.

And while we're at it, let's keep the dollar sound. In fact, I'd like to see King Dollar appreciate by 10 to 15 percent. That will hold down inflation while supply-side reforms reignite the economy. (By the way, oil prices would probable drop to $75 a barrel, pulling the rug out from under the evil Vladimir Putin.)

Get rid of QE3, move to the 1.5 percent Taylor rule fed funds rate, and institute pro-growth economic reforms. This policy package will keep inflation low and drive economic growth higher. It worked in the '80s and '90s. But it's been forgotten in recent years.

Some will call it the old-time religion. But to that I say amen.