Larry Elder
|
Posted: Jul 28, 2016 12:01 AM
Share   Tweet
The opinions expressed by columnists are their own and do not necessarily represent the views of Townhall.com. 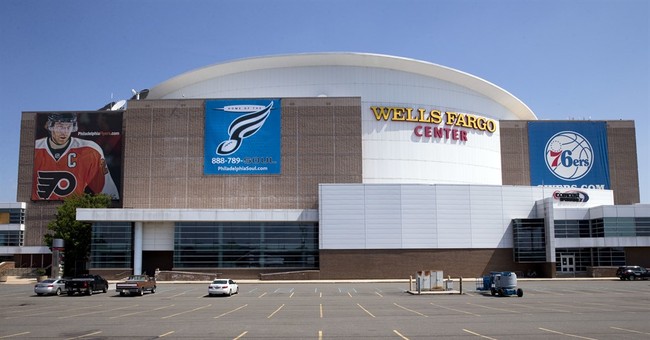 Trending
What a way to begin the Democratic National Committee's convention in Philadelphia. And where to start with the WikiLeaks leak of nearly 20,000 DNC emails?

The emails by and between members of the DNC could us show that, no, Bernie Sanders was not paranoid when he insisted that DNC Chair Debbie Wasserman Schultz, and her organization, engineered and manipulated the campaign to ensure the victory of former Secretary of State Hillary Clinton. The eruption by the Sanders supporters over her obvious bias forced Wasserman Shultz to tender her resignation a day before their convention opened, to be replaced by interim Chair Donna Brazile. Now we know, if we didn't already, why the DNC scheduled debates on nights when they knew viewership would be light.

The Sanders campaign raised some $227 million from donors who might as well have flushed their money down the toilet, given that these emails show the fix was in. Similarly, early Clinton opponents like former Rhode Island Gov. Lincoln Chafee, former Sen. Jim Webb of Virginia and former Maryland Gov. Martin O'Malley had as much chance of winning the Democratic nomination -- if the DNC had anything to say about it -- as they did of winning the Miss America beauty pageant.

One email shows staffers ridiculing the name of a black female.Another email requests permission to plant a phony Craigslist ad, allegedly posted by the Donald Trump organization, seeking female employees. Applicants, reads the ad, must be "hot," and be willing to be "kissed" and "groped" by the boss. The applicant must submit to "before" photos, to ensure that she does not gain weight. She must also possess the ability to gauge the "hotness" of other women.

Another email talks about the importance of attracting and keeping the Hispanic vote:

"Hispanics are the most brand loyal consumers in the World: Known fact.

The patronizing memo insists, "Hispanics are the most responsive to 'story telling': Brands need to 'speak with us'" -- presumably as opposed to using reason, facts or logic to attract their votes.

And then there's the email written by the chief financial officer of the DNC, Brad Marshall from Kentucky. On the eve of the Kentucky and West Virginia primaries, Marshall writes that Bernie Sanders has "skated on" his "Jewish heritage." But, notes Marshall, "I think I read he is an atheist." He wonders whether the DNC can arrange for someone to ask Sanders, "Does he believe in a God?" Marshall writes: "This could make several points difference with my peeps. My Southern Baptist peeps would draw a big difference between a Jew and an atheist," adding, "It's these (sic) Jesus thing."

Remember, this is a party that regularly skewers the so-called "religious right," and their undue "injection" of religion and politics. Before the 2000 election, for example, when George W. Bush contemplated running for president, he told a pastor: "I feel like God wants me to run for President. I can't explain it, but I sense my country is going to need me. Something is going to happen. ... I know it won't be easy on me or my family, but God wants me to do it." Critics screamed that Bush felt "God wants me to run" -- not a good thing to the secular left. The secular left despises the influence of evangelicals on the Republican Party. Yet here a top staffer of the DNC threatens to use Bernie Sanders' alleged lack of religiosity against him.

The DNC opened its convention with full-throated speeches by Sens. Elizabeth Warren and Bernie Sanders attacking Donald Trump for his alleged intolerance and bigotry -- but interim DNC Chair Donna Brazile has shown a lot of her own. When she served as the campaign manager of Al Gore, Brazile accused the Republican Party of having a "white-boy attitude" that seeks to "exclude, denigrate and leave behind."

Four months to go until election time. And Democrats might finally be running out of race cards. Or not.