States Are Right to Pressure EPA with ‘Nullification’ Efforts 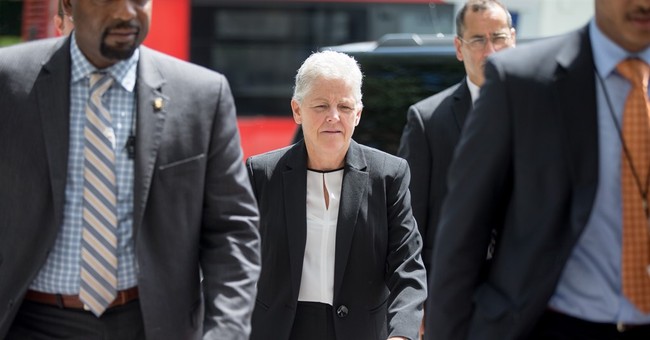 Sixteen state attorneys general recently announced the filing of a multistate lawsuit against the Environmental Protection Agency (EPA) over President Barack Obama’s Clean Power Plan. The lawsuit is neither the first nor the last time we will see states pushing back against the nation’s environmental “authority” and other outrages emanating from Washington, DC.

The Clean Power Plan requires states to reduce emissions of carbon dioxide from their power sector with a nationwide goal of reducing emissions by 32 percent below 2005 emission levels by 2030. Each state has individualized targets to meet, with some states (mostly blue states) having to reduce emissions little or not at all, and the power sectors in other states (mostly red states) having to reduce emissions by much more than 32 percent. The easiest way for most states to meet their emission reduction targets will be to prematurely shutter existing coal-fired power plants. Every state is required to submit its emission reduction plan to the EPA for approval by 2022.

During his 2008 campaign, Barack Obama promised he would bankrupt the coal business, and he is making good on that pledge. He also said “electricity rates would necessarily skyrocket. ... Whatever the plants were, whatever the industry was, they would have to retrofit their operations. That will cost money. They will pass that money onto consumers.” By “pass that money,” he meant “pass those costs.”

Research conducted by the Beacon Hill Institute in multiple states demonstrates the impact of EPA’s costly CO2mandates: Louisiana citizens would get socked with a 22 percent increase in their energy bills over 15 years, would experience a $181 million loss in capital investment, and would lose more than 20,995 jobs. These examples demonstrate the real cost of EPA’s agenda in the name of reducing carbon emissions.

The attorneys general were compelled to take action because Obama’s stricter standards on coal-fired power plants will harm their economies. For every coal-related job, an additional 3.5 jobs are created elsewhere in the economy, according to the National Mining Association. Once power plants cut jobs, the ripple effect will be felt across the nation’s economy. Retailers will suffer decreased consumer spending from the absence of these high-wage jobs, while manufacturers will have to rely on more expensive sources of energy to power their facilities. That will force cutbacks of manufacturing production and the loss of jobs.

Nullification, a doctrine first articulated during the days of the nation’s founders, is now the only option states have on the table to rein in EPA. The doctrine holds that states do not have to comply with federal laws they believe to be unconstitutional. In the Virginia Resolution of 1798, Thomas Jefferson said states “are duty bound to resist” when the federal government violates the Constitution. The 16 attorneys general are honoring Jefferson’s call to resist the feds because the Obama administration is usurping the proper authority of their states and the American people.

EPA Administrator Gina McCarthy has shown she is intent on regulating every aspect of life affecting people and their businesses. The nation’s founders envisioned a system in which states would be the last line of defense against an out-of-control federal government. Those 16 states are right to press this effort to stop a looming increase in energy prices that will kill good-paying jobs and stomp all over the nation’s system of checks and balances. The latter is our only real defense against out-of-control government, which once was called by a very simple name: tyranny.