Are We Setting Billions on Fire to Make DC Hacks Feel Butch and Put Our Troops at Risk?

Kurt Schlichter
|
Posted: May 04, 2022 12:01 AM
Share   Tweet
The opinions expressed by columnists are their own and do not necessarily represent the views of Townhall.com. 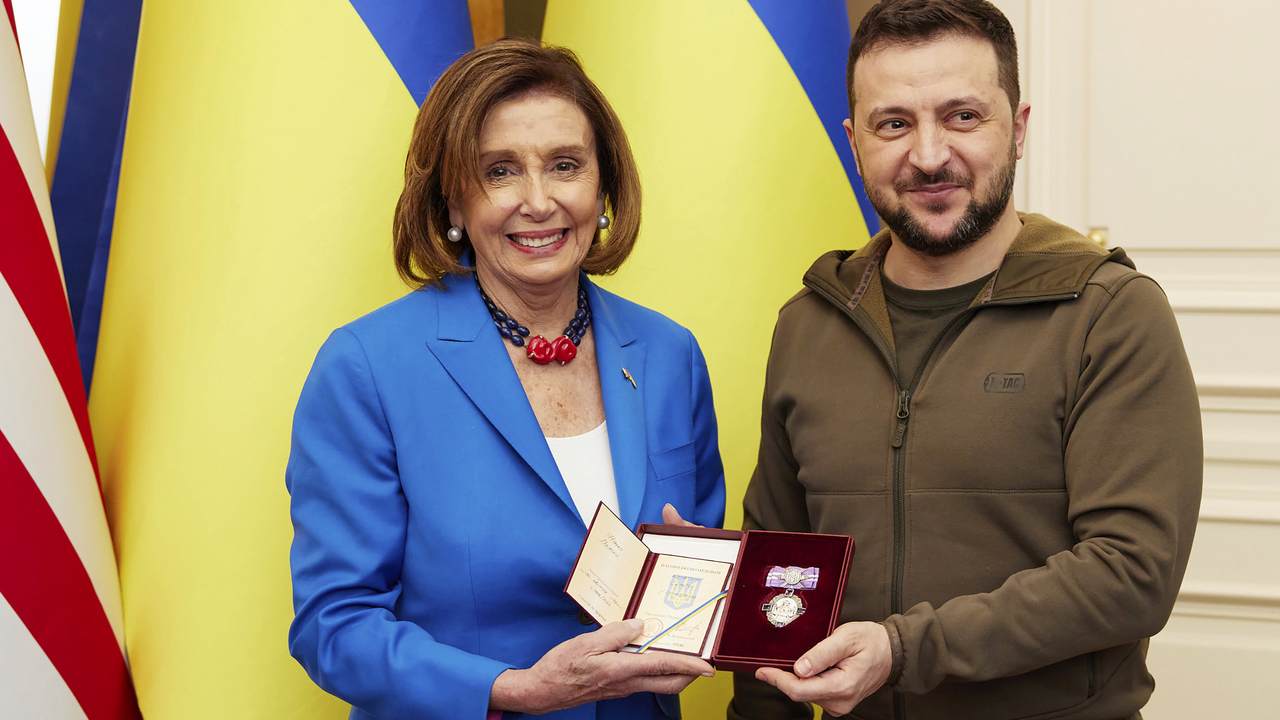 Everyone in Washington thinks it’s a great idea to hand Ukraine $33 billion and maybe they should think that through. Of course, they won’t. And there will be bad consequences. And, as usual, the hacks in DC will not be on the hook for them.

As I write this, my Twitter timeline informs me that the Met Gala is happening and I am totally thinking that the French had the right idea 230 years ago.

You Guys Do Know That Ukraine Is Massively Corrupt, Right?

Some Arabs tried to bribe me when I was a contracting officer in Saudi Arabia, but if you want the big leagues of corruption you should head to Ukraine. It was mind-boggling – like suitcases of cash mind-boggling.

Now, I support the people of Ukraine. I trained their troops and deployed with them too. I know Russia and Ukraine have ancient beefs that you and I can’t comprehend and I’m not here to sort them out. What I can say is that there’s nothing at issue here justifying Russia sending in 200K mechanized troops. I want Ukraine to push them out.

But I am not going to pretend the Ukrainians are angels. Their propaganda was laid on pretty thick early on, and none of the saps who bought the manifestly silly Ghost of Kyiv thing have come out and fess’d up. Notable among them is Adam Kinzinger, the soon to be jobless Liz Cheney rump-sniff who went all in on the story – but then, he’s so dumb he trusted the Dems and they promptly redistricted him into unemployment.

Nor do I have any doubt there have been Ukrainian war crimes, not because the Ukrainians are exceptionally wicked but because there are always war crimes, particularly when lots of lightly trained armed men defending their homes are involved.

But Ukraine is an exceptionally corrupt country and with $33 billion inbound, there is approximately 0% chance that the local kleptocracy is going to be able to resist carving out a huge, juicy chunk of it. Moreover, I fully expect a significant amount to find its way back to America to pay off the people writing the check on our account.

The Ukrainians need weapons and ammo, and food and medicine, and I am happy to give it to them. But this giveaway is going to be a clusterfark – in Ukrainian, the word is “clusterfarkski” – and there is a significant chance that the flow of arms will be significantly impacted by the inevitable graft. What leaves America will not necessarily arrive at the front lines adjacent to the Donbas. It might well end up sold off and in the hands of our enemies. Are we going to insist on any oversight? Oh, come on.

What is the answer? I don’t know. I want the Russians to lose and to go home. I sure as hell don’t want our boys and gals doing the dirty work. That means the Ukrainians have to fight this fight. And that necessarily means us shipping over a lot of stuff that goes bang. Speaking of equipment, I wish we had a time machine to return to November 2020 and reelect Trump, since Putin would never have dared pull this with Trump in office as opposed to the Crustacean-in-Chief. But that’s not happening.

What is happening is that our weapons stocks are depleting. Modern high-intensity combat uses an astonishing volume of ammo and eats up huge amounts of equipment. We only have so much – it’s not like they are making a bunch of new Stingers and Javelins anymore. President Gumby and the same geniuses who thought Kabul was a masterstroke are failing – shocker! – to refill our bunkers and armories. What happens if we find we need to fight a war tomorrow? Well, there’s a chance we run out of key weapons systems. And we might even find ourselves facing our own stuff. That gets our guys dead.

So it’s a double-decker dereliction of duty – handing over tons of money you know will get stolen and failing to backfill what we send east. But what do you expect from the guy who made Jimmy Carter into merely the second worst president of the last century?

Hunt the Rich for Sport

I don’t hate the rich as a group. I seek to enter their ranks someday. But the Metropolitan Museum of Art Gala is happening as I write this and it makes me want to projectile vomit.

And speaking of gacking, the fatter, dumber Marie Antoinette of American politics, Felonia Milhous von Pantsuit, waddled up and had plenty to say about her dress, which was probably bought with the proceeds of the sale of Haitian children’s organs. Besides that creature, there were plenty of musical stars we’ve never heard of and movie stars we care nothing about all striding about in their fancy duds. The media is cooing about the “glamour” of it and that’s really a bit much when the leader of this caste, Grandpa Badfinger, has so wrecked the economy and cranked up inflation that many of the rest of us are gobbling down ramen rather than chef-made crudites.

“Tone deaf” does not begin to describe it. “Infuriating” gets closer to it. But hey, their contempt for normal people has been undeniable since social media came along and they stopped being able to not say the quiet part out loud. And that’s good. I want everyone to see what they really think of us. Come on, tell us we should be eating cake – you know you want to! I want you to, because November is coming, baby, and Election Day is the next best thing to a guillotine.

Pre-order We’ll Be Back: The Fall and Rise of America now; it comes out July 12 but the right time to own the libs – which it does epically – is right this minute. I am also in the midst of writing Inferno, Kelly Turnbull No. 7, the next book after The Split, for release this fall. Spoiler: It is a sequel, not a prequel, in that it picks up right after Collapse with the US and the blue dictatorship still at war. It’s also going to be lit – literally.