Kurt Schlichter
|
Posted: Apr 26, 2021 12:01 AM
Share   Tweet
The opinions expressed by columnists are their own and do not necessarily represent the views of Townhall.com. 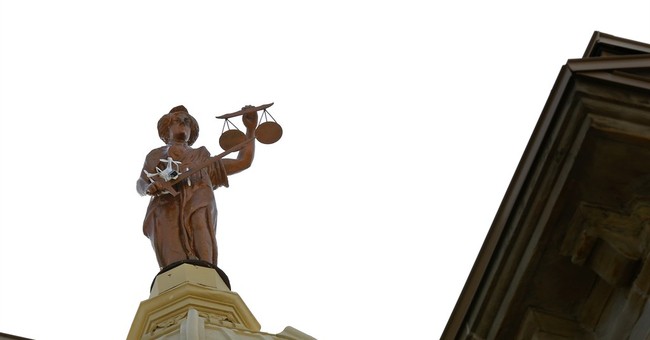 You can’t win, but that’s all part of the plan.

Reason, rules, processes – these are the foundations of a free society, which is why the cultural left is so dead set against them. A citizen needs to be able to rely on clear rules and fixed processes to vindicate his rights in order to have any rights. But the rights of free citizens – your rights – are an obstacle to the Lil’ Stalins who yearn to rule over us. If the liberal establishment can create a society where you can’t appeal to facts, evidence, or law, then – until the peasants' revolt – its poobahs can wield undisputed, undiluted authority. That’s their dream, a country where you live in terror of them because you can never be sure that what you are doing or failing to do is suddenly going to be criminalized.

Take the whole imbroglio about Stabby Girl, the teen psycho in Ohio who decided to filet a girl in front of a cop. Not surprisingly, to people who aren’t idiots, the officer ventilated her, saving the life of the innocent victim. But then, of course, the establishment and the media – including America’s #1 Matlock superfan – weighed in on how stopping this future felon was racist racism of racismness. Normal people were baffled, but then, it’s only if you haven’t been paying attention that you might think that non-criminal black lives matter to Black Lives Matter.

Now, let me put on my lawyer hat – no, I’m not your lawyer and consult one in your jurisdiction before you do stuff. There’s this basic Anglo-American premise in law – I know we’re supposed to pretend that our political and legal culture didn’t come down to us the British Isles but it did – that you can use deadly force in the defense of yourself or another when some bad actor is trying to cause death or great bodily harm. This is not subject to rational or honest dispute. With some minor tweaks, this is generally the rule and has been for over a thousand years. So, leaving aside that this is not only morally proper but a moral imperative, we have a clear law saying you can shoot someone to stop him, her, or xir from killing someone else.

Now, we take the facts (as revealed by the evidence) and apply them to the law. And here we have some pretty remarkable facts, all documented by unimpeachable evidence. Ma’Khia the Knife was caught on candid body camera in mid-slash when the officer, after calling out for her to stop, made his incredible four shots. So, there’s no meaningful dispute about how the evidence applies to the law. The facts and evidence disclose that he acted completely within well-established law.

Now, you might think this would present a problem for the fascists, but if you do you need to get woke. There’s no law anymore. Reason is a bourgeois conceit. They have figured out that you can simply deny the existence of law, evidence, and facts. And they figured out that Democrats like Grandpa Badfinger and the slobbering media hacks who engage in a perpetual media tongue bath of their lefty overlords will back them up.

See the problem? If you can’t rely on the law or the evidence, then you are at the mercy of the whims of the liberal elite. Sure, the cop did the right thing, and the evidence is indisputable that he did the right thing, but it doesn’t matter at all. The cop is wrong and subject to all sorts of sanctions not because he violated any rule but purely because it is useful for him to be guilty of something.

The Rule of Law has become the Rule of Power, which the bad guys possess for the moment. And they are so arrogant about it that they do not even bother to make a straight-faced argument against cops saving black children’s lives. Hey, it’s just a routine kid knife fight – no biggie. We all remember back in the day, hacking up other suburban teens with machetes and scimitars, and how the cops never bothered us. Not allowing black teens to be gutted is worse than Jim Crow – it’s Jim Eagle. Heck, it’s Jim Rodan.

And we all know if that punk planted a shiv in the other girl’s gut on the bodycam tape, the cop would be lynched for not stopping her. You can’t win, which is the idea.

You can’t have a society where normal people can’t possibly prevail by obeying well-established rules. You’re not wrong because you did something wrong but because you're being wrong is handy for the people who hate you.

Today, we normal people can no longer rely on the law or the facts to protect us. We’re seeing this again and again. Scumbag losers threaten a family in St. Louis, who arm up to defend themselves, and they get charged. Some guy just wants to go home, get blocked by scumbag losers, and get arrested. On the macro tip, people who never owned slaves now somehow owe a huge debt over slavery to people who were never slaves. Guilt is determined not by law and evidence but by its convenience to the would-be tyrants. There’s no justice, just arbitrary exercises of power designed to reinforce the liberal paradigm. No matter how you act, no matter what you do, you are wrong, and if that requires tossing out the rules or ignoring the evidence, fine.

This is how our oppressors like it. But this is not how we like it. Normal people can only take getting bopped on the noggin by the southpaw monkey in the Nairobi Trio for so long before they hit back. You cannot have an enduring status quo where one side is firmly bound to rules and obligations while the other gets to make it up as they go along. Eventually, you will inevitably reach a breaking point. And that’s coming. Then the bad guys are going to miss the rules that they still expect to protect them.

So, as you can see, my Kelly Turnbull conservative action novels are coming true, and you need to check them out before the sixth book drops in the coming weeks. Catch up with People's Republic and my four other novels about what happens when America splits into red and blue countries, Indian Country, Wildfire, Collapse and Crisis.