Did Something Happen In Boulder?

Kurt Schlichter
|
Posted: Mar 29, 2021 12:01 AM
Share   Tweet
The opinions expressed by columnists are their own and do not necessarily represent the views of Townhall.com. 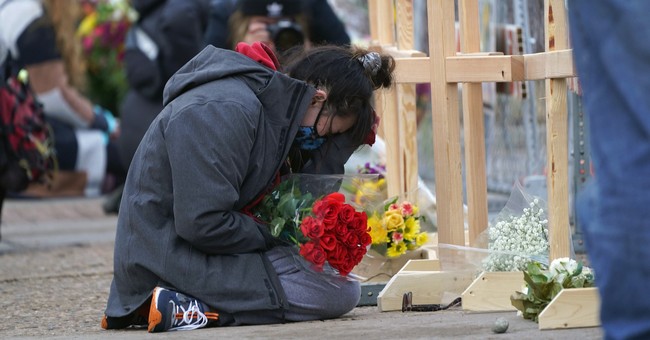 I’m not as old as Grandpa Badfinger, nor as manifestly senile, but I still have only the vaguest notion that something bad happened last week in Colorado, and I can’t quite put my trigger finger on exactly what it was. It’s just a hazy recollection of how whatever went down was pretty much the fault of you and me, though the last time I was in the Centennial State I was passing through the Denver airport, which makes whatever happened being my fault seem implausible, but whatever. Facts and stuff are bourgeois conceits. The point is that I went looking through the media, because whatever it was that went down was a super-big deal for a while, and then – nothing. Nada. Zip.

I guess the media and the Democrat politicians forgot about what went down in Boulder too.

It seems strange though because I recall it was really important at the time it happened.

It’s almost like there was some coordinated effort to never mention the event again. But that’s just a crazy conspiracy theory which is both crazed and conspiratorial, like election fraud, the plot to frame Donald Trump, and the Hollywood scheme to slow our population growth in order to remedy climate change by quelling America’s collective male libido through making Amy Schumer and Lena Dunham movie stars.

Whatever happened was bad, so bad that we normal people must all be disarmed. Again, there’s no one out there right now arguing, anymore, that something we did caused the mysterious event, but we must have caused it, right? I mean, it would make no sense to suggest that the solution is taking our firearms away from us if the problem was not us misusing firearms somehow. I do have a vague recollection that, for a while there, people who have blue checks and who you see on TVs in airports were very concerned about us normal people misusing our guns. And then, I think, there was some sort of press conference about the person who actually did the bad thing and … poof! Everything went black – except the part about us having to give up our guns.

For some reason, us giving up our guns became even more important to all the smart people lecturing us about how awful we are when it became clear we didn’t do anything wrong.

I’m also a bit confused because I think I remember that a police officer was murdered, and all those smart setpeople were talking about the horrible crime of murdering a cop until they suddenly stopped talking about it. I have to confess to having some confusion about this, because these same people usually seem to hate cops, calling them systemically racist and wanting to defund them. But once in a while they love cops, like when they can blame their murder on people like us or when the cops are arresting conservatives for protesting.

I have a handy technique to tell how our elite people are going to feel about the police at any given time. They hate cops when cops protect us, and love cops when they can use law enforcement to persecute us, or where they can blame us for attacks on law enforcement.

This technique never, ever fails.

It’s all coming back to me now.

Yes, there was a terrible crime in which a scumbag murderer killed 10 people, including a police officer. Now I remember. And the liberal media and politicians immediately started blaming the people they wanted to disenfranchise, assuming the killer’s race, gender, religion, politics, and NRA membership status. Well, they got the gender part right, though it is unclear what this garbage pile with feet – who I will not name because he should die unmourned and forgotten, but we all know it – identifies as “male.” Basically, the real problem with what the libs did is misgendering the trash human.

No, the Trump-hating leftist who was from Syria and not in the NRA or a born-again Christian did not check the intersectionality boxes useful to the left in its culture war so the liberal F Troop marched on to exploit new tragedies and forgot about this inconvenient one. And, somehow, this made it even more vital that the people who had no part in this atrocity be disarmed, presumably at the same time the police are defunded and all those poor, victimizedconvicted criminals are deincarcerated.

A criminal killed people. One who shared the same views as the people trying to turn us from citizens into serfs.

The answer is not submission but strength. Don’t forget what happened in Boulder. Take action. Throw it in their smug, scrunchy faces. Highlight the hypocrisy endlessly. Support your local law enforcement (when it supports you). And if you are a healthy, law-abiding adult who is so inclined, carry a weapon as allowed in your jurisdiction to lawfully defend yourself, your family, your community, and your Constitution from criminals and would-be tyrants.

The hell with these people.

The first Kelly Turnbull action thriller is People's Republic, and people dig it. See what all the fuss is about, and check out my other four novels about what happens when America splits into red and blue countries, Indian Country, Wildfire, Collapse and  Crisis!