Kurt Schlichter
|
Posted: Jan 08, 2020 12:01 AM
Share   Tweet
The opinions expressed by columnists are their own and do not necessarily represent the views of Townhall.com. 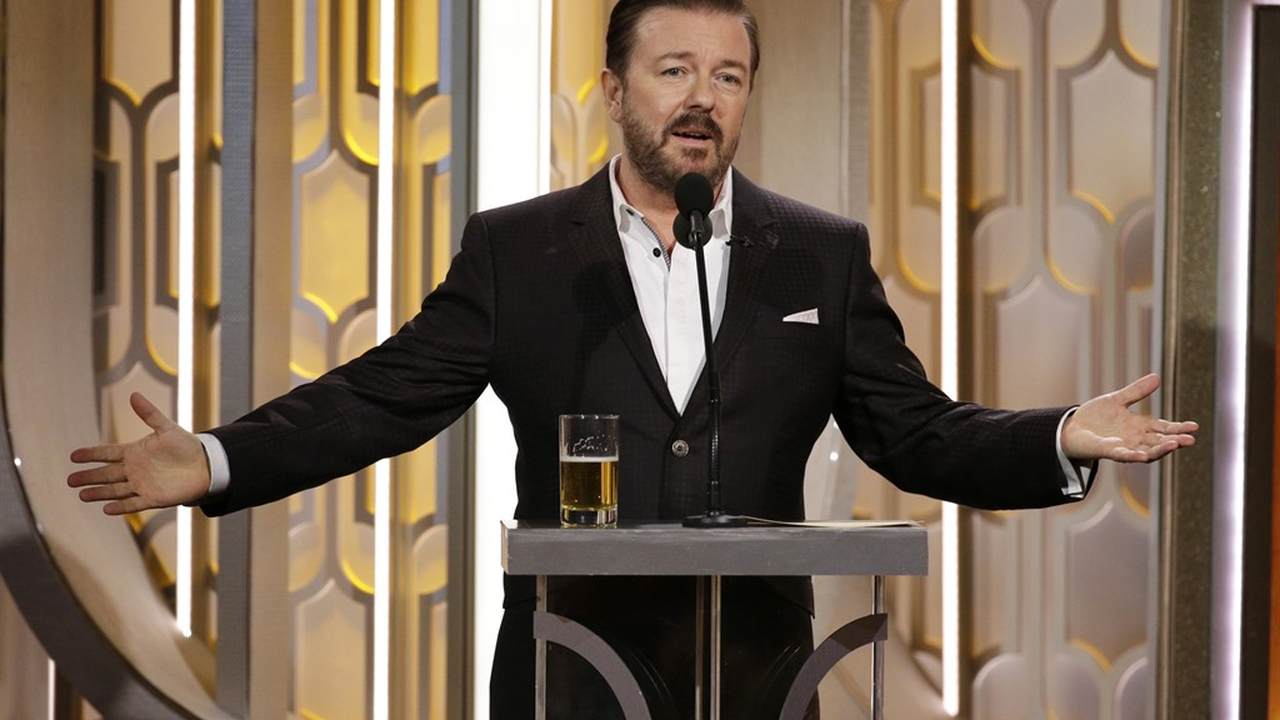 By now you have seen Ricky Gervais’s evisceration of the Tinseltown phonies at the 2020 Golden Globes. I won’t go into it in detail because, frankly, summaries don’t do it justice. Let’s just say he told the assembled stars that they sucked and it was glorious. Talk about a breath of fresh air – it was great to see someone speak truth to mediocre.

And that’s what these phonies are, mediocre. They are not particularly good at the job they should do – entertain us – and they are even worse at the job they shouldn’t do – tell us what social, economic and foreign policies we should embrace. Imagine all the dumb but good-looking people at your high school and imagine that, 20 years later, people still listened to them instead of crossing paths with them 20 years later and realizing that they peaked as juniors.

You know how we always talk about the liberal bubble, the creepy echo chamber where pinkos dwell and encounter only other pinkos and therefore have an insane world view that bears no relationship to reality outside of Scat Francisco or Manhattan? Well, Hollywood is like that, except it’s the part of the liberal bubble that’s behind the velvet rope. It is the distillation of leftist stupidity, concentrated and purified into undiluted dumb. In what other place would the washed-up harridan who imposed “Wind Beneath My Wings” on the world presume to lecture us on anything except hacky tunes from long ago?

Look, stars and starlets have the same right as every other American citizen to speak their minds about issues they care about. They just shouldn’t, because most are really stupid. You read some tweet by, say, Alyssa Milano (who makes a highly-amusing cameo in my new novel Collapse) and you wonder how these people remember to breath.

Sure, there are exceptions. Ronald Reagan was a movie star, but then he stopped being a movie star and spent decades in politics before becoming the prezzy and defeating the Soviet Union. For you millennials, this is back long ago when liberals thought Russia was good, as opposed to today when Russia is bad. Don’t worry, Russia will be good again when Trump leaves.

Today, stars like Nick Searcy, Adam Baldwin, Kristy Swanson and others are competent and capable and are welcome additions to the debate. “Wait Kurt,” some might query. “Are you saying that only conservative actors are smart enough to participate in political dialogue?”

Yes, that’s right! You have correctly assessed that conservatives are objectively correct. If you are liberal you are wrong and you should cease talking and repent.

As the entertainment industry expands, notably to include video games, the idea of movie stars seems to be becoming an anachronism. Who is a movie star today – who has that heft, that vide, that gravitas that you would get from a Wayne or a McQueen or a Newman? Michael Cera? Seth Rogan? Who has that allure, that glamour, that sultry feminine power of a Monroe or a Kelly or a Taylor? Kristen Stewart? Are you kidding? Her dead-eyed ennui is the opposite of sexy.

Tom Cruise is a movie star, and maybe Brad Pitt. Robert De Niro used to be a star, but now he’s a tiny, paycheck-cashing loudmouth. Leo DiCaprio (who Gervais roasted nicely) is nearing a half-century old and still looks like he should be in a boy band. I think Sharon Stone was the last real female movie star (check out Casino). Today’s female actresses are whiny grrrrl power-types like Jennifer Lawrence or that Captain Marvel girl who complains all the time. Forget it.

And the movies – ugh. Look, some of the big dumb action movies are fun. I saw the last Spider-man and it was okay. I didn’t hate the new Star Wars as much as I expected to, though the grimacing chick with the lightsaber was awful and made me want to die. By the way, I liked Solo – it seems I am the solo holder of that unpopular position. But I’m looking for something a bit more mature. Something where no one wears tights. Don’t point me toward The Irishman, though; it was over-long, over-praised and over-boring.

We need new blood in Hollywood. We need some new energy. Most of all, we need some rebel spirit. Maybe Ricky Gervais supplied some of that the other night. And maybe some filmmaker out there will listen.

Hollywood will never make a movie of my newest novel Collapse (or the other entries in the series, People's Republic, Indian Country and Wildfire) because they are conservative and they don’t suck. The Never Trumps call my books “appalling,” so you know they would rock on the big screen. Oh well. You’ll have to be satisfied with reading them!

My super-secret VIP email is Kurt.Schlichter@townhall.com!