Real Conservatives Refuse To Kneel Before Their Liberal Overlords

Kurt Schlichter
|
Posted: May 28, 2018 12:01 AM
Share   Tweet
The opinions expressed by columnists are their own and do not necessarily represent the views of Townhall.com. 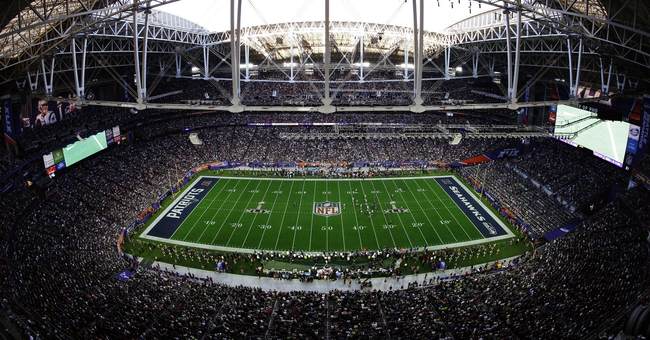 There's a great scene in the movie Witness where a bunch of bullies start picking on some Amish farmers, and then they pick on Harrison Ford, who is sporting Extreme Mennonite drag. They knock off his straw hat, laugh at him, and then he beats the crap out of them.

The bullies are shocked, stunned, and bewildered. Why, he’s not supposed to fight back! Why, the Amish, they’re better than that! But Harrison’s not. As his buddy says, he’s from Ohio.

I am not better than that either. How about you?

Because today, being “better than that” means being willing to allow other people to control you by defining you, and the definition is always “a pushover.” You’re supposed to be “conservative,” our conservasuperiors tell us, and we must therefore rigidly adhere to their precious “conservative principles.” But these bear no resemblance to real principles, much less conservative ones.

Allow me to sum up these fake principles:

Don’t presume to exercise your own right of free expression.

Last week, the NFL, broken by our informal boycott, took action against those kneeling jerks, and the elite – including its True Conservative™ collaborators – wet their collective panties all over the Internet about it. How horrible – we flexed our muscles, stopped watching these pampered jerks’ antics, and the NFL caved. We’re not supposed to do that. We’re supposed to behold these goofs’ glorious free speech, which consists of waving middle fingers in our mugs, and just nod politely. We aren’t the ones who should be exercising our freedom of expression. We are the ones who are supposed to cave. We are always the ones who are supposed to cave.

I guess we missed the memo.

Oh, and how Task Force Pearl Clutcher lectured us for not adequately defending the First Amendment that a bunch of us were physically defending when the vast majority of them were back home getting their masters in 17th century philosophy and sipping Zimas. Worse, they shamefully took to the enemy microphone that is the New York Times op-ed page to scold us and spew out exactly what the liberals wanted to hear – that we conservatives should never, ever take our own side in a fight.

Apparently, the going rate for professional conservatives is thirty pieces of silver and a byline in American Pravda.

Liberals never seem to have this blue falcon problem, because they understand power. But then, those of us less concerned with getting an invitation to talk to donors at the National Weekly Liberty Forum for Eagle Family Liberty Standard Coalition and Cruise than not having progressive Birkenstocks ground into our faces forever, understand power too. And, scandalously, now we’re using it.

The liberals were likewise beside themselves at the results of our push back, prompting them to go into one of their trademark sessions of coordinated but inept gaslighting. Why, how dare we Normals take offense at this peaceful protest of love!

This kneeling thing was mindless performance art designed by these leftist jerks, and enabled by the liberal elite and its slobbering media lapdogs, to insult us to our faces by committing an act of calculated disrespect to our country and to the Normal Americans who built it, feed it, and protect it.

It was a scam and a lie from the word “hike.” This dimwitted protest was always directed at us, and no one else. If it wasn’t us, who was it? The America-loathing elite that was cheering them on?

These preening primadonnas did not have to choose the football game venue, one we attend to escape from things like politics and condescending lectures. They did not have to choose the National Anthem, a symbol of the country we love and serve. If these overpaid, pampered, posing fools wanted to protest whatever it is they are protesting, they could have done it differently, but then doing it differently wouldn’t have freaked out the squares. That was the point, and now they are mad because we took their insult exactly as they intended it to be taken.

And they aren’t even man enough to admit it. Their new story is that this has nothing to do with us Normals, that it's not an insult. No, it's a heartfelt plea for…something. I guess the pig-cop socks and Castro T-shirt were gestures of respect.

Let’s get real. They wanted to rub our faces in their contempt, to laugh at us as we had to endure it, humiliated by our own powerlessness. We were supposed to just sit there and take it. We are never supposed to use our own power to fight back.

Oops. Look who’s laughing now. Turns out we can throw a punch as well, and did, slugging the feckless NFL right in the wallet. You want to politicize everything? This is politicizing everything. Enjoy. We’re playing by the New Rules too.

I warned them they would hate the New Rules.

But gosh, we can’t do that. Oh well, I never! “How dare you Normal Americans get militant and actually fight back,” whine the kneelers of Team Principles. Real conservatives don’t fight back. See, that’s not who we are.

No, that’s not who they are.

We understand something the Conservative, Inc., goofs never seem to figure out. They howl that all we are about these days is “owning the libs” and “winning,” but here’s the thing. Sometimes, you have to win. Sometimes, you have to stop yapping and start performing. Once in a while, you have to put points on the board. Otherwise, people stop listening to you. It’s possible to spend your whole career inside Conservative, Inc., drifting from cheesy think tank sinecure to lame magazine scribbling gig, never actually winning anything. But out here, in America, we want to, and need to, prevail. Our rights and our dignity are merely theoretical constructs to the Fredocons, and are of no significance to them. But our rights and dignity matter to us. And we are acting and voting accordingly.

These cruise-shilling nags have delivered nothing but tiresome scoldings and a never-ending series of capitulations. No wonder they can’t seem to sell out those two-twin bed deluxe cabins along the Lido Deck anymore.

No wonder Normal Americans turned to someone like Donald Trump when these pathetic losers were only offering us more defeat and more humiliation at the hands of our enemies in the culture war.

We reject the bizarre notion that we are somehow obligated to stoically take guff from people who despise us without responding because doing so is “unconservative.” We decline to be commanded by conscientious objectors.

Here’s how we roll. When the enemy deploys its power against us, whether it’s some football jerk dissing us via Old Glory or some tech titan deciding to not allow us access to social media, we will fight back using whatever power we have. We’ll bankrupt the NFL before we just sit there watching them flip us off. And we’ll leverage our political power to regulate the Twittfacegrams into submission if they keep trying to exclude us from participation in our own culture. There is no conservative principle that requires you to not use your most effective weapon in your own self-defense. None.

“But that’s not conservative!” the sissies whimper.

That’s true only if you adopt a definition of conservatism that presumptively surrenders whenever it meets resistance. The simple, undeniable fact is that punishment works. Retaliation works. If you want the Old Rules back in effect – I’d prefer that – then you need to teach the enemy that it can’t apply New Rules without feeling the same pain it inflicts. That’s a real conservative principle.

Remember, nothing in conservatism ever obligates you to accept an end-result where you must silently endure disrespect, where you are excluded from participation in your own governance, or where your rights are voided. None, though a bunch of allegedly conservative racketeers disenfranchised by the revolution that led to the election of Donald Trump are still trying to sell you on that idea.

Laugh at them and their fussy complaints about how you fail to conform your life to their labels. Fight back. Remember, militant Normal Americans aren’t from Washington. They’re from Ohio.