Millennial Monks, To Get Girls You Need To Get Your Manhood On

Kurt Schlichter
|
Posted: Jun 06, 2016 12:01 AM
Share   Tweet
The opinions expressed by columnists are their own and do not necessarily represent the views of Townhall.com. 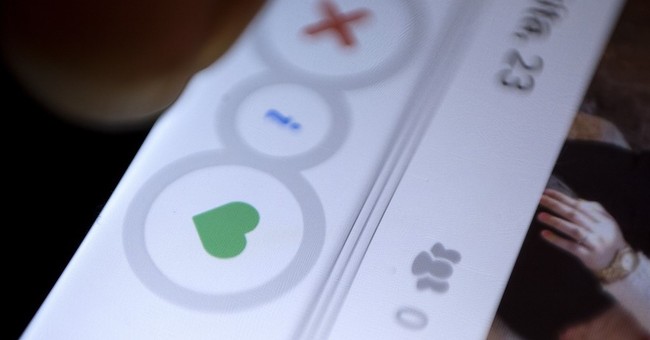 The best thing about urban Millennials is that so many of them seem so utterly incapable of reproducing. These passive, whiny creatures look upon women with a combination of awe, terror, and submission. And Millennial women look back upon them with contempt, their instincts warning that the survival of the species depends upon the seed of that puny man-child standing before them being detoured into a genetic dead-end. These boys – including some conservative ones – can’t even muster the courage to ask a girl out. No wonder our birth rate is dropping through the floor.

But I’m here to help you conservative Millennials meet girls – liberal ones are beyond hope. What you do once you get one is another column; let’s get you one before we move on to the upper division course.

First, let me identify who I am talking to. It’s not the young people who live in the real world, outside of the comfortable urban bubble where helicopter mommies swoop in to ensure that little Aidan’s teacher understands his special specialness and that young Wesley’s diet excludes GMOs, gluten, and delicious peanuts. If you did a hitch in the Marines, you don’t need remedial lessons in manhood. If you left high school and got a real job instead of whiling away four to five years discovering yourself on some leafy campus to the tune of fifty grand annually of your parent’s money, you are probably okay lady-wise. In terms of intersexual relationships, as with politics, it’s college that seems to cap the long, deliberate process of screwing up young men.

The main problem with Millennial men is fear – fear of women. Now, that fear is understandable in the sense that it has been actively instilled in them since an early age. In grade school, boys are admonished by their overwhelmingly female teachers (What guy needs the risk and hassle of being a straight male school teacher?) that their natural inclinations toward action and excitement are wrong and must be nagged out of them. They are told to be quiet and still, like those wonderful little girls. No school teacher is ever going to offer a boy the chance to play Army and thereby imitate the men who should be his heroes, but they’ll be happy to hand him some dolly he can stare at, baffled. Have you ever noticed how “gender neutrality” always seems to end up with the male gender neutered?

And in college, if you have external plumbing you might as well wear a sign reading “RAPIST.” Men are indoctrinated in how their sexuality is ugly and wrong, all at the behest of women who became liberal man-hating activists because they themselves can’t manage a normal relationship with a man. The men learn to speak in that weirdly formalistic Millennial style that carefully avoids clarity and instead tiptoes around the point. As a result, a guy will babble “I’m feeling a lot of negativity about some aspects of this interaction,” when he means “This sucks.”

And once you finally get out of college and into society, women are still a mystery and an object of terror – not a surprise since all of your interactions with them have resulted in you being informed by some fugly social justice warrior that you are terrible for having a penis. So let’s review some basic ideas that might help you recover and actually become a man.

First, understand that everything the social justice warrior types have told you is a lie. You are not a rapist. You are not privileged. Your rights matter. Pursuing your interests instead of their sick agenda is not immoral. It will take a while to shake the effects of two decades of indoctrination, but once you do the unconscious resentment you feel toward women that arises from being bombarded by slanders and lies based on your sex will fade and you will be prepared to engage with women as equals.

Oh, and if you call a woman instead of texting, you appear confident in contrast to the other losers in her life. As a fringe benefit, you are also going to be able to better evaluate whether your potential romantic interest is cool or some sort of freaky weirdo who will prey upon your soul. Succubae rarely reveal themselves via text.

So put aside the wussy fear of rejection that makes you do this sort of thing. Remember, the essence of being a man is fighting through fear. Nobody likes being rejected – well, some weirdoes probably dig it, but we’re not talking about the GOP Establishment here. And you are going to be rejected – women have a right to be picky (as do you). So face up to it. Don’t dance around it – if you like a woman, go for it. If she declines, move on. But keep at it. And remember, Mitch and Murray sent me from downtown to tell you that if you are confident, you already have the Glengarry leads (Warning: Contains profanity and worse, Alec Baldwin)."