Kurt Schlichter
|
Posted: Jan 18, 2016 12:01 AM
Share   Tweet
The opinions expressed by columnists are their own and do not necessarily represent the views of Townhall.com. 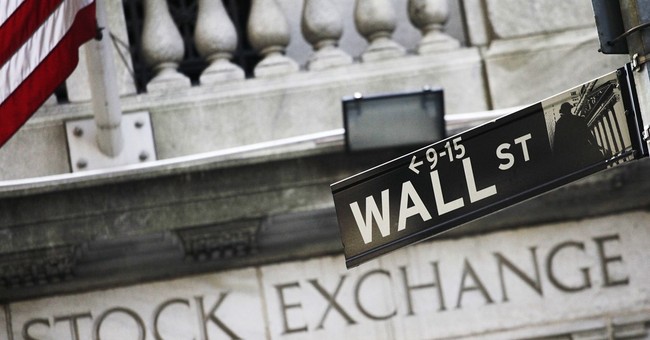 A lot of us complain that our elite betters are ignoring our concerns, but nothing could be further from the truth. They have heard us all right. They have gotten together to come up with a solution to the many problems we have brought to their attention. And that solution is for us to shut up and keep sucking up whatever abuse they choose to heap upon us.

It’s all about empowering the elite to feel smug. And about sticking us normal with the check.

Upset about establishment virtue signaling that requires us to take limitless numbers of Third World denizens into our country? Mad when they take our jobs? Of course, aliens don’t take the elite’s jobs – for example, we lawyers get to bar people who don’t pass the Bar from horning in on our action, but if you’re an American who wants to build houses for a decent wage, well, too bad and so sad!

And if these uninvited guests change your neighborhood so that you can’t read the window signs, well, learn to accept diversity. Of course, these visitors never change what’s inside the elite’s gated communities – except when they change the rich kids’ diapers.

Oh, and if one of them gets hammered and uses his shiny new illegal alien driver’s license to ram his beat up Chevy into a car packed with your son and his friends, that’s a small price to pay for the elite redlining its collective sense of moral self-satisfaction. And if an illegal rapes and murders your daughter, well, better an American woman die than some dreamer’s dream of easy pickings be denied.

Your life is not a priority. It’s not even a consideration.

Attention flyover people down there below the elite’s private jets – time (for you) to make some sacrifices for Mother Earth! So what if the actual climate data refuses to cooperate with the climate change theory? So what if the elite predicted an ice age back in the 1970s? The solution to the problem of non-existent global warming is the same as the solution to phantom ice ages – give the elite more money and power.

In fact, there is no “problem” that can’t be solved by use giving the elite more of our money and more of our power.

Sure, some of us don’t live in coastal cities and our need SUVs for our families (we still breed out in here in America, you know), and some of us have jobs where we need gas-guzzling trucks. But the elite’s fetish for eradicating the scourge of the fossil fuels that made modern society possible trumps our petty livelihoods. Another couple bucks a gallon, another couple hundred a month for heat? Shoot, the elites can afford that, and the fact that the normals can’t shouldn’t keep their betters from enjoying the moral ecstasy that comes from imposing deep sacrifices on other people!

Of course, we are always those other people.

When elitists talk about how terrible the cops are, guess who gets mugged or worse when the crime rate goes up? Surprise! It’s never the coastal elitists and moral posers who love hamstringing the cops.

And when they talk about “gun crime,” how come the solutions always seem to involve making it harder for normal people to protect themselves and their families? How come these “common sense gun controls” never seem to target actual criminals? Hmmm, it’s almost like they would rather have us vulnerable and docile instead of able to protect ourselves from thugs…and tyrants.

Is it a secret where the vast majority of gun crime happens and who commits it? Here’s a hint: Democrat big cities and their residents. How about doubling up the cops in the ghettos, arresting the crooks everyone knows are crooks, and supporting the cops when they do it? Just kidding! There are no poser points to score by cracking down on real criminals; the moral superiority money shot comes from pressing that Manolo Blahnik high heel down on us normals and grinding away.

Resentful of Democrat-voting losers and bums who don’t feel like working but who expect you to toil to pay them off? Selfish!

Think that just because one of us would go to prison for, say, mishandling hundreds of classified documents, then a member of the elite should too? Sexist!

Upset that some skeevy weirdo pretending to be a girl is going to crash your daughter’s high school locker room for a bit of live entertainment? Transphobic!

Yeah, if you’re a normal American, you’re pretty much the root of all evil. You’re the worst of the worst. You suck.

Welcome to Political Three Card Monte. Whatever the issue, you lose.

But now we’ve done asking the elite for help. Now we’re telling the establishment how it’s going to be. Put just Trump, Cruz and Carson together and the insurgents own way over 50% of the GOP electorate. They can try to beat us down, but we’re finished thanking them and asking if we may have another. First we’re taking back the Republican Party, then we’re taking back the whole country. And then that feeling you elitists will be feeling won’t be smugness anymore. It’ll be fear.