What The Hell Is An Angry Conservative Supposed To Do? 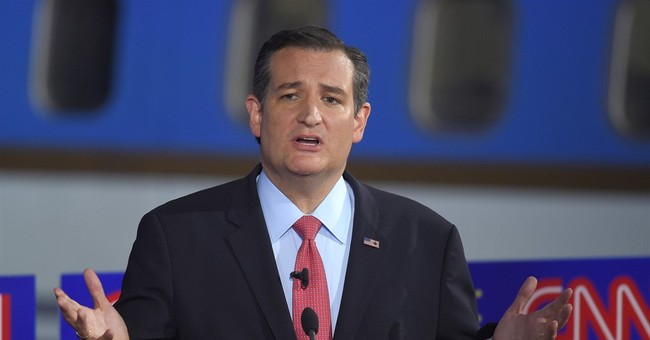 Something is going to end up a smoldering ruin. Maybe it will be the whole country. Maybe it’ll just be the elite-run GOP. Hopefully it will be whatever painfully white, elderly, socialist creep the Democrats nominate. But regardless, I’m one of those many people who is so angry he just wants to see something burn.

Boehner down, plenty to go. Now is this reasonable? Is this a smart, savvy strategy? I’m not sure we even care anymore.

See, we’ve been shafted too long– these hacks can’t even keep the government from spending money on baby dismemberment – and someone or something has got to pay. I’d prefer it be the Democrats, but I’m happy to wreck unholy vengeance on the GOP elite that has lied to us, cheated us, and run away faster than Brave Sir Robin.

Which raises the question – what is the air speed velocity of an unladen swallow? Well, I don’t care if it’s African or European; I just want to roast it on a spit.

We conservatives must choose between five categories of GOP candidates (with apologies to Hugh Hewitt, who started discussing his four categories about the time I first started drafting this column). We can throw caution and conservatism to the wind and sign on with the super outsiders, Trump or Carson. We can go with one of the true conservatives, like Cruz or Jindal. We can go down to glorious defeat with a certifiable loser, like Santorum or Huckabee or Paul. We can go with Team Squish and sullenly fall in line, as our elite donor class betters command, for Jeb! or that nattering churchlady John Kasich. Or we can go with the straddlers, Rubio, Christie and Fiorina, who might be able to bring both the moderates and conservatives on board.

The outsiders shouldn’t be president. Sorry. Dr. Carson is a nice man who has no instinct for ripping out his opponents’ jugular. I want to hear some liberal womyn lamenting the crushing of our enemies, Doc, but you’d probably go and comfort them.

And then there’s Donald Trump, whose embarrassing debate performance started the trend of people saying, “You know, it was fun for a while but this guy has become tiresome.”

Trump has the aggression – that’s the only thing I like about him – but it’s also the only thing he has. The polls are showing that his novelty is wearing off; people can only deal with so much whining. He’ll always have a hardcore set of minions, but for the first time in weeks I don’t think we have to seriously contemplate the notion of Ivanka the veep.

Then there are the true conservatives. I like Bobby Jindal, but unlike most Americans, I know who he is.

I like Ted Cruz too. He’s a lawyer and usually talks like one. But I’m a lawyer and not a normal human being. I’ve seen him up close in the past and he seems to lack charisma. He’s not Gort in a pantsuit like Hillary, but he’s off-putting to people who don’t use words like “tort” in everyday conversation. Normal people may be repelled and frightened, though in his recent Colbert appearance he seemed uncomfortable but human. Still, as great as he is on policy (in fact, I don’t think anyone is better), I just don’t see him putting together 270 electoral votes in a country full of so many blithering idiots. Moreover, I expect the money he needs to beat Hillary will dry up because the treacherous GOP elite will collectively loosen its bowels if he’s nominated.

Sorry. I don’t see how Cruz wins, and crushing the Democrats is important. Now, if we gotta go down fighting, Cruz is a good hill to die on, but I’d prefer we not die in 2016. More precisely, I’d prefer my country not die, which I think a Hillary victory could very well lead to.

There’s no reason to spend time with the losers. Santorum and Huckabee are punchlines, and railing about sodomy is not a platform. Get a clue, Rick – no one likes you. Huckabee should stop acting like anyone cares about what Kim Davis thinks; all she does is prove that even annoying people can suffer injustice. Go back to covering “Free Bird” and hawking diabetes cures.

As for Rand Paul, well, whatever. Blame the Illuminati.

We come to the elite’s choices, Jeb! and Kasich. Ugh. Since I prefer my Republicans to actually be Republicans, that kind of eliminates the GOPers who support amnesty, Common Core, Obamacare, and gun control. Sure, they’ll deny all of that, but they lie. Sadly, Mitch McConnell and the French Army up on Capitol Hill ruined the squishes’ “Talk right, rule left” scam. If the elite wants to bet we won’t dare destroy the party and that we’ll fall into line with their puppets, I’ll see you and raise you the Whigs. I’ll vote for Trump before I vote for either of these tools. No kidding; I don’t think I can ever swallow voting for these jerks.

Oh, and what was the pre-debate thought process that led Kasich to steal Tom Skerrit’s hairstyle from Top Gun?

That just leaves the three potential straddlers of the conservative/moderate divide. I’m being kind by letting Christie in here. He’s much more establishment, and his new-found love of conservatism can’t erase the image of his Hurricane Sandy tonsil hockey tournament with Obama. So nope.

Marco Rubio. I could write a whole column on him and might do it down the road. There’s so much to like there, and so much that makes me want to slap him.

I keep wanting to like him, but then I keep remembering that he lied to us about amnesty. I want to hear it from him: “The default for illegal immigrants is going home. You never, ever, ever, get to be citizens because you disrespected us by breaking our laws.” Anything less, and he’s weaseling, and he weaseled once on us already; he should be on his knees shouting “I’m not worthy” in gratitude that we’d even consider allowing him to beg our forgiveness after that shameful Gang of 8 episode.

Oh, and he needs to stop being so damn prissy. I know the consultants are telling you Americans want to hear a “hopeful message,” but our definition of “hopeful message” is “I intend to destroy progressivism and crush its quasi-fascist adherents wherever they lurk.” That’s hope.

And learn from Donald Trump – did I say that? Stop sucking up to the media. Let’s practice:

Media Hack: “So, do you think Donald Trump should have corrected that random guy who thinks Obama is a Muslim?”

Rubio: “I think you liberal media hacks should stop asking me stupid questions. Why don’t you scurry off to the Hillary-o-tron and start asking it while it didn’t repudiate President Fail when he compared patriotic Americans to the mullahs for opposing his Iranian nuclear sell-out. Now get out of my face or I’ll slug you. Jerk.”

I’m sick of Rubio coming across like the kid who reminds the teacher she forgot to assign the homework. But on the plus side, he knows foreign policy and his wife is hot, so there’s that.

Which leaves Carly. She seems ticked off. I like that. She kicks tail. I like that too. She can put together a coherent sentence. Finally. I don’t despise her. That’s something new for a GOP candidate. And, best of all, I think the elite distrusts her and Hillary fears her – in fact, she could mop the floor with the Orange Pantsuit Lady.

But if not her, and if there’s no one else, then I’m still ready to burn it all down.