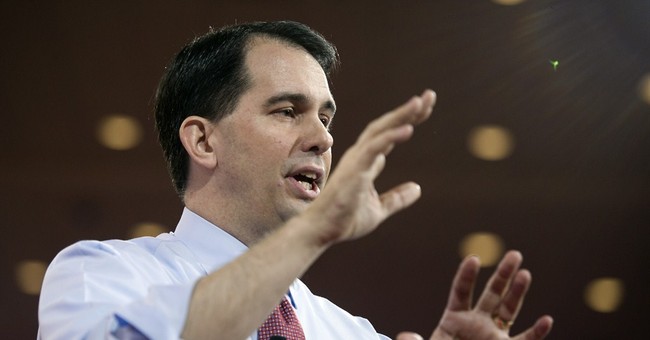 As the nation moves towards yet another long, drawn out election season to prepare for the 2016 Presidential elections, frontrunners are thrown into a harsh national spotlight where everything they say will be endlessly scrutinized and every move they make recorded and quickly dispersed through social media. Possible and announced candidates, some of whom have never faced this national spotlight, can be caught off-guard and not articulate their positions accurately, especially ones that are controversial. But it is these positions especially that have to be communicated effectively and not danced around.

Wisconsin Governor Scott Walker was asked by Fox News Sunday host Chris Wallace point blank about abortion rights: “Do you believe that a woman has a right to end a pregnancy at any point during those nine months?” Instead of answering concisely something like “No, the unborn child is a human life and no one has the right to end that life during all nine months of pregnancy”, he bumbled around and ultimately just said that the unborn child is a life, nothing about how he feels about anyone’s right to end that life. Many pro-choice people also admit that a preborn baby is a life.

Wallace also asked him if he would change Roe v. Wade, the Supreme Court decision that legalized abortion throughout all nine months of pregnancy and he said that it’s “not a change you can make.” It could have just been a nervous moment but he has to know that a President can have a huge change at the Supreme Court by appointing pro-life justices.

While Gov. Walker has signed many pro-life bills during his tenure as governor of Wisconsin and quickly came out in favor of the Unborn Child Pain Capable Act two days later to cover his gaffe, he is now in the national spotlight and many voters care deeply about the pro-life issue. Some people may not know of his record in Wisconsin and only saw him for the first time on Fox News Sunday. They may have perceived he is wishy-washy on being pro-life because of his answers. He, and any other candidate for that matter, must answer these questions succinctly and accurately, with no room for interpretation, whatever they believe.

Politicians are notorious for dodging difficult questions. Part of the reason why Governor Chris Christie of New Jersey became a rising star was because of his direct answers to questions, and confrontations backing up what he believes, that was distributed on YouTube. No one questioned where he stood on an issue and it is an attractive, and rare, quality in a leader.

The opposition, especially on the life issue, are going to come after any perceived pro-life candidate regardless of how they try to hide it. Look at newly-elected Republican Senator Cory Gardner from Colorado. In an attempt to shut down any claims that he was furthering the non-existent "war on women" in his liberal state, Gardner, once known for his solid pro-life beliefs, came out in favor of over-the-counter birth control during his race. His campaign thought they were being savvy and would silence the cry of abortion advocates, but it didn’t matter in the end because they still attacked him bitterly with NARAL even releasing a hilarious radio ad that accused Gardner of wanting to ban all condoms. No joke.

It doesn’t matter what candidates say who oppose abortion, whether they hide from their positions or not, the abortion lobby is going to come after them. But if they are who they say they are and believe what they say they believe, then come out and say it. No one – especially Millennials – want a wishy-washy candidate. We are looking for leaders who are genuine, honest, and unafraid. A good leader will say what he means and means what he says and leave no room for interpretation.

The pro-life movement has been burned so many times in the past by politicians saying they are pro-life and then doing the bare minimum to satiate pro-lifers, or worse, blocking pro-life legislation or failing to bring it to the floor for a vote. Just look to the current Republican Congress and their embarrassing failure to pass the widely supported Unborn Child Pain Capable Act.

As the 2016 cycle starts to unfold, it is necessary to look closely at the candidates vying for votes – both at what they say and at their records. Life is the most precious right we have, and this pro-life generation wants a president who is not afraid to declare his or her support for it.

Why Four Democrats Are Suddenly Regretting Supporting Joe Biden
Townhall
'This is insane': Man charged with election interference over memes that fed 2016 voters disinformation, but this video's still up
Twitchy
While the Elite Are Trying to Come Down on Redditors, Maybe People Should Be Looking At What Pelosi Just Did
Redstate
Biden DHS Issues Domestic Terror Alert Warning of 'Objections' to 'Governmental Authority'
PJ Media