Kimberly Fletcher
|
Posted: May 16, 2017 10:14 AM
Share   Tweet
The opinions expressed by columnists are their own and do not necessarily represent the views of Townhall.com. 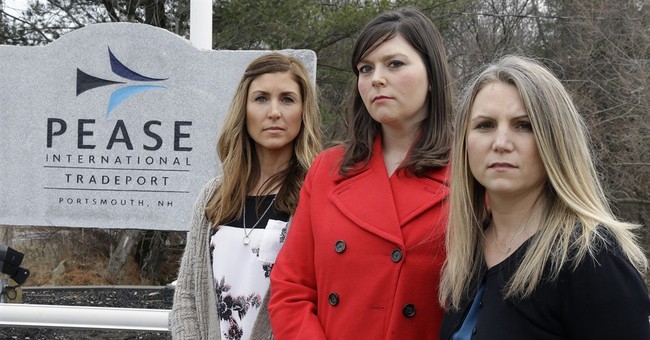 A media friend recently asked me why I thought the majority of talk radio listeners are men, wondering why more women don’t listen.  I was surprised by the question when the answer seems so obvious to me.  Women have common sense.

Don’t get me wrong.  I’m not saying talk radio is all nonsense.  Almost every preset dial on my car radio is set to a conservative talk station, so I’m obviously one of the women who does listen.  But I have become very selective in what I listen to and I completely understand why women don’t engage more in any type of media.  The reason?  It’s depressing.

In a woman’s exceptionally full and busy life we need to be selective in how we fill our days. And even I, a radio host myself, have become increasingly frustrated with the direction of talk radio and the media options available to us. Everyone’s looking for that “gotcha” or grab your throat angle, mixing information with insults and opinions with snarky comments.  I realize there’s a lot of competition out there but whatever happened to commonsense with common decency and a modicum of respect?  There’s a huge audience of women out there who are seeking that very thing—and would love a good dose of hope to go with it.

I’m fortunate enough to hear such a show every day simply because I live in Omaha.  Chip Maxwell and Ian Swanson on Omaha’s The Answer inform, enlighten and inspire me every show.  It is radio worth my time and I believe it is the new wave and future of talk radio. Women are looking for common sense, truth, decency and information as it relates to us. We already know how bad things are.  We want to know why and what we can do about it.

Several years ago I called into the Rush Limbaugh show during one of his “feminazi” segments.  It was a very informative dialogue (as most of Rush’s shows are) about the National Organization for Women (N.O.W.) pushing some agenda for women as if all women in America supported it when the exact opposite is true.  Most women in America are opposed to almost everything they stand for.

I had a lengthy conversation with the call screener asking why they spent so much time talking about N.O.W. and the “feminatzis,” to which he responded, “Because it’s funny and makes good radio.”

I countered that if the only women they ever talk about are radical feminists for the purpose of making fun of them, it makes a mockery of all women, including those who don’t agree with radical feminist ideas. I told him I totally understood that making fun of fringe feminists was funny and made good radio (do they even realize how ridiculous they look in those pink vagina hats?) but the fact is, if those are the only women they talk about, they are giving voice solely to that group of women.

The media give credence to these women, our elected officials listen to them, policies and laws are created because of them. Our only hope of sanity is conservative media and when those are the only women they talk about, it’s incredibly discouraging.

We are led to believe the only voice speaking for women in the public arena are those completely out of touch, dysfunctional women who spoke at the women’s march in Washington D.C.  So we throw our hands up in frustration thinking we’re all alone, no one is speaking for us, and there’s nothing we can do to combat the radical agendas these women are pushing.

I told Rush’s call screener I wasn’t suggesting they stop poking fun at the ridiculous, just that when they did, to let listeners know N.O.W. and their cohorts aren’t the only voice for women.  Let them know about organizations like Concerned Women for America, Independent Women’s Forum, and HomeMakers for America (the organization I founded in 2004) who are supporting them and promote the principles and values that actually do support women and families.

At this point the call screener became abrupt. “We’re not going to give you free advertising,” he said.  “If you want to promote your organization hire a PR firm.” He then hung up and the call ended.

I was stunned. He completely missed the point. I’m sure Rush Limbaugh has no idea this conversation ever took place but the fact that it did is a big reason why more women don’t listen to talk radio.

In the last 10 years since that conversation, we’ve had plenty of opportunities to make fun of crazy feminists’ outrageous comments and ridiculous behavior, but I have yet to hear anyone in the media offer any contrast.  I have yet to hear a radio host say, “Yeah these women are acting crazy but they do not represent the majority voice of women.”

Maybe the reason is because most radio hosts are men and they’re afraid to go out on that limb for fear of radical feminist retaliation—which can be brutal.  Maybe it’s because they’ve come to believe the women who spoke at the women’s march really do speak for the majority of women in America. Regardless of the reason, the fact is, millions of women in America—and throughout the world—have been, and continue to be, belittled, maligned and deceived by radical feminist ideas and agendas.

That is the reason HomeMakers for America and other women’s organizations are uniting together to launch a national Mom’s March for America. If the media aren’t willing to go out on that limb to declare the majority of women in America do not support this radical anti-freedom, anti-family agenda, the mothers of America will.