Why Whoever Is 'Running Biden' Is More Dangerous Than Marx

Kevin McCullough
|
Posted: Jun 27, 2021 3:00 PM
Share   Tweet
The opinions expressed by columnists are their own and do not necessarily represent the views of Townhall.com. 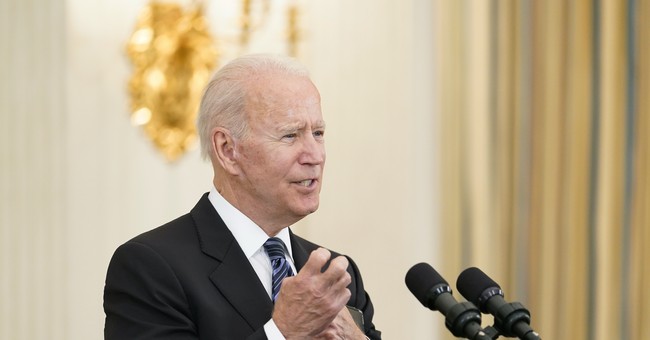 Not all ideas are equal. Some have less intrinsic value. Some are downright bad. Some are inherently dangerous.

Yet one of the reasons that the framers of our nation protected the expression of ideas was so that most could be evaluated and the individual could choose to reject or advance them.

Everything they touch and each executive order they have issued advances the corrupt core of where such ideas are born.

Some would see these ideas as intuitively Marxist, but they go far beyond that. They do however all carry a key feature of Marxism: Godlessness.

The idea that humans can solve any civil, cultural, or criminal injustice sans an objective moral source is an absurdity.

Because the universe is dependent upon the displacement or the slowing of evil in order to move forward there has to exist a moral good of some sort that moves us in that direction.

This administration has been nakedly ambitious in trying to force the Godless way of thinking upon a nation who at present still hold some belief in God. In “soft-Marxist” Europe churches have been turned into museums for decades. But here in this nation Americans (by the millions) gather week after week in houses of worship to confess dependence upon the One who gave the world the first ten laws, and what they mean to us.

The problem is that the current cultural, academic and political leadership view such worship as a viable threat to their political power and hence the odd hostility towards Americans who do.

We are not blobs of meaningless cells needing Karl Marx, Ibram X Kendi, or anyone else to assign us definition, significance or purpose.

This is why middle class (read that non-government-dependent) black parents have landed forceful arguments against Critical Race Theory. This is why supposedly trans-exclusionary radical feminists can oppose (alongside homeschooled fundamentalists) biological males competing in sports against women.

In God’s grand plan it turns out His design for us is revealed in our own DNA, bodies, psychology and existence. And right now it is the Godless left (the ones running the Biden administration) that are doing all they can to erase our distinction, potential, and accomplishment.

With all of their might from the Supreme Court to the local school board their intent is to force you into the same hopeless, meaningless, and Godless existence that they operate in daily. Because by doing so they can absorb more power, amass more resources, and assert more punishment over those who stand in their way.

Not all ideas are equal — people are.

People who believe in and seek out objective truth, who live their lives humbly by that truth—and live subject to its author—find freedom, peace, and life.

The science, the signs, and the soul all tell us so.

And that’s an idea too dangerous for team Biden to continue to allow to prosper!