When Women Shoot Up Planned Parenthood 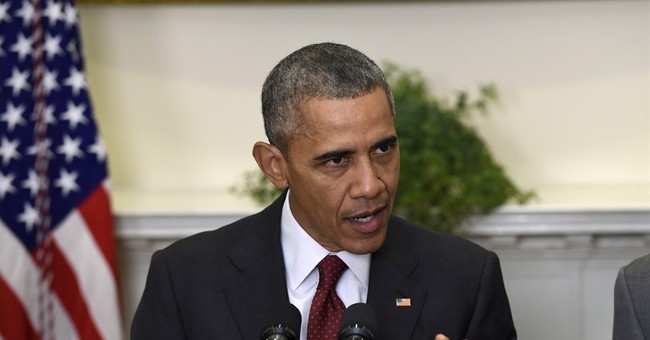 Never mind the fact that she had a scraggly beard and carried herself as a sort of haggard version of the Uni-bomber, the woman who shot up Planned Parenthood is a very progressive—progressive.

So progressive that she must have felt completely abused when the snobs at Planned Parenthood Colorado Springs—a place that knows a ton about how to kill innocent people—refused to perform an abortion on her so she went nuts.

Of course thats all conjecture, just like President Obama was expressing when talking about, “the man being armed with an assault weapon” and later “a weapon of war being wielded by someone who has no business having them.” (Maybe he parked his tank out back?)

And here I thought Obama was totally pro-transgender.

Yes as it turns out Robert Lewis Dear officially identified as “female” according to local records, and another thing, he was not a Republican.

Of course none of that kept the Washington Post from immediately issuing a “news” piece quoting officials in the Planned Parenthood community inferring that some right wing Christian was behind the odd assault and the tragic consequences.

However hours after the incident had concluded the Washington Post—in the fine print—admits that neither the Planned Parenthood staff, nor the law enforcement personnel of Colorado Springs know what the goal of the gun-woman was.

The Washington Post however didn’t hesitate in inferring a connection between the debate of this last year—based almost exclusively on footage of Planned Parenthood personnel admitting candidly that they carve up babies’ bodies and get the highest price for the parts most in demand. Yes in the mind of the Washington Post’s writers this trans-gendered “woman’s” issues that drove her to attack a campus police officer and two civilians was indeed connected to the outing of the violent purveyors of death and it’s “after market” parts’ business.

Of course this gun-woman is awful at accomplishing her objectives, because as the Washington Post reports, way, way, way, way buried in the story—all of the Planned Parenthood personnel were safe and accounted for.

By the way, did the Campus Police Officer have a sidearm? Has a campus rent-a-cop ever been given a sidearm? Did anyone inside the building have one?

The answer is pretty clear, “Of course they didn’t.”

If they (or the policeman, or anyone else) had actually been armed, the likelihood that she would’ve killed three people goes down dramatically.

Calls were not returned from the Campus office at the time of this writing, so it’s a hunch that the officer wasn’t armed. Sort of like the hunch that President Obama put out as fact that the gun-woman was loaded for bear to the gill with “weapons of war.” (What did he have anyway? Rocket launchers, tanks, and anti-aircraft missiles?) And that means the “obvious” solution is to take away law-abiding gun holders’ guns. This must be done especially if they are owned by those ever “unstable” long-married suburban men—especially if they do something “really” subversive like attend church regularly.

Figuring the she-gunner was beginning some sort of white-christian-terror attack (because those are a thing and evidently happen) the Washington Post picked up a phone and called New York City to see how they were responding. To which the city fed the trolls when they told them, "the police department had deployed response vehicles to Planned Parenthood locations throughout the city out of 'an abundance of caution.’”

(#facepalm—only in a DeBlasio era…)

So how do we make sense out of the tragedy?

The President’s choice—which just out of habit and statistic almost always seem 100% wrong by now—was to make a statement and call for the removal of guns from the law abiding population. In other words he pretended to be angry, said some very stern things, and headed to tee time. (It’s worked really well in his fight against ISIS… right?)

But here are just a few ideas that might have actually prevented this:

5. Perhaps listening to the Police Chief of Washington DC when she told 60 Minutes last week that they best way to prevent injury and death in an active shooter scenario is to take out the shooter.

7. Perhaps more aggressive police training that does not wait for nearly five hours before the police get a response from the shooter. (He evidently came right out after they yelled at him through the wall.)

But why take any immediate, common sense, steps to prevent such an attack where an unarmed population is caught as a sitting duck by a bad, bad, bad, transgender woman (who most likely got her hands on guns whether she was truly mentally stable enough to have them or not?)

By all means Mr. President run right out, fume indignancy, bark some talking points about assault weapons, and condemn “right wing” and Christian gun owners—when none of those points are valid as it relates to the scenario.

When you have the Washington Post inventing narrative, underlying motivations, feigned responses, and misdirecting their readers—my guess is you can get away with quite a lot.