Why The Donald Got Fired 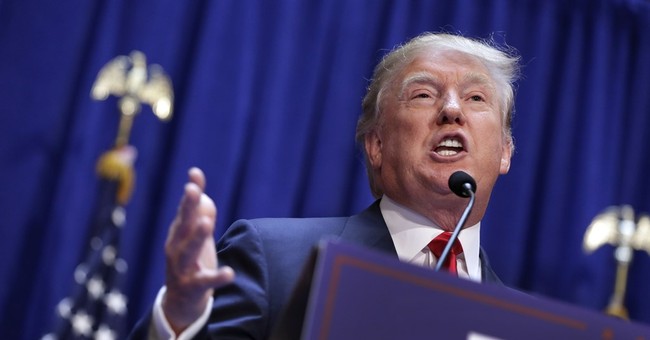 This past week Donald Trump passed his first big test of a debate with fellow GOP candidates. He was brash, he was pointed, he was more than a bit shallow on rhetoric, but he was passionate, and as a result he did well.

He did so well that within 24 hours of the debate’s conclusion, in a wide open poll, the Drudge Report logged roughly a half million votes of viewers who had seen the debate. They voted by nearly 50 percent that Mr. Trump had been the big winner. Note—the Frank Luntz focus group at FoxNews claimed Huckabee had, Karol Markowicz of Time magazine proclaimed Carly Fiorina the winner, Carson supporters thought he had shown well, and more people than I can remember told me they felt Marco Rubio had effectively taken the evening. Bush and Paul seemed to be the guys that went backwards by most people’s measure.

Despite the rigorous questioning of the Fox News panel, the consensus of GOP primary voters I spoke to within 24 hours of the actual debate felt that the overwhelming victor of the evening was the Republican Party, because of the depth of the bench that these candidates bring to the table.

Think about it from this perspective: when the guy ranked in 12th place is the one who’s overseen the largest continuous expansion of economic growth during the arguably impossible climate of the Obama years, and he added to it by getting more jobs created than most of the other states combined, to say your bench is deep is an understatement.

Mr. Trump took it all in stride, he was calm, but tough, gracious to Jeb Bush, and snarky to Megyn Kelly. He cracked a few jokes, reminded a lot of us of how much better he would’ve been at negotiating the Iran deal than President Obama, and in general had no massive foul-ups. Far more prepared people have fallen on their face in Presidential debates. Trump didn’t, and as he did the post debate show rounds he made complimentary comments about the effectiveness of Fox, how well the moderators had prepared, and even showed a degree of gracious candor about Megyn Kelly to Sean Hannity.

And then... For an impossible to explain reason... A series of inexplicable events went by so fast it was hard to know the end from the beginning.

Somewhere in the deep bowels of his brain, the deep recesses of his heart, an anger begins to stir that barfed itself all over social media. By the middle of the following day Donald Trump was no longer a relevant important figure that might be tough enough to save America against every hateful foreign enemy we have. Nope--Trump had gone mouthy on the toughest journalist in American news, and the level to which he stooped completed an answer that the journalist had asked him the night before.

I mean it’s distasteful enough to refer to Rosie O’Donnell as a fat, angry slob—regardless of your beliefs about her, her views, etc. That’s Trump’s style… right?

He wasn’t saying “all women” are like that, he was merely firing one more salvo in the war that has brewed between he and Rosie for more than a decade. The same could be applied to John McCain. Trump wasn’t really saying that he disliked POW’s. Instead he was trashing John McCain’s record as a POW, and more importantly his record as a push over Senator who has done precious little for the vets. When Trump gets bombastic, it’s because he is at war with an enemy, one he perceives that provides a sufficient threat.

But that was not Megyn Kelly.

Megyn has become famous for how hard hitting her interviews are on both sides of all issues. Before she relocated to prime time I had done her show something like 20 times. If I walked in and was unprepared she would pounce. Not because she agreed or disagreed with my answers, but rather because it is the job of the journalist to find the inconsistencies, to report them and to be relentless until she gets answers.

No one in the business does it better than Ms. Kelly.

In all my appearances, I have no idea which side she was ever on. To this day still don’t. My foils would believe they had gotten the better end of the argument, and of course believed I had of them. The truth is Megyn was so tough that when I began to transition to guest appearances on other shows I had to tone it down a bit.

She did her job Thursday night. Trumps past comments about women, his flip flop on issues from abortion to single-payer health care, all of it is fair game. And it should be.

It obviously didn’t hurt Trump as he immediately made the rounds and congratulated FoxNews for putting on such a snappy and rigorous event.

Fast forward to Saturday morning as Trump is being disinvited from the Red State Gathering because he more or less blamed Megyn Kelly’s toughness as to whether or not she was in her monthly cycle. (And even for the crassness of the comparison, he said it in a way that was even more insulting.)

And that was it…

Mr. Trump demonstrated that he is not yet ready to handle difficult but honest, hard-hitting but legitimate, persistent and expected examination about his own inconsistency.

FoxNews put on a debate by which GOP candidates got to answer questions actually related to the most important issues that GOP primary voters care about. All of the candidates responded to the challenge, and many of them knocked it well out of the park. (Isn’t it amazing when Sandra Fluke, birth control, and "legitimate rape" aren’t the subjects how much more substantive the whole night turns out to be?)

The behaviors exhibited by the late night twitter rampage and the reference to Megyn Kelly’s “femaleness” are the types of things that feed the few women’s fears who with zombie like belief think only Hillary Clinton can save them from the Donald Trumps of the world.

Fortunately GOP primary voters are not stuck with him, and they don’t have to be.

Restrained strength—the likes of which are exhibited constantly by the Huckabees, Walkers, Rubios, and Cruz’s in this race—is far more attractive than uncontrolled rage. And if Mr. Trump wants to continue his pursuit of public office in this cycle or ever again he’s got to learn from his errors.

The primary season is no place to be “learning on the job,” and a lady’s privacy is always best left private—memo to the Donald.