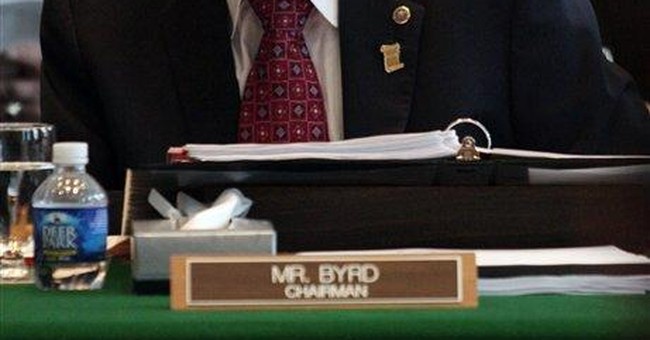 Anyone who spends time reading message boards related to online news articles today can see things that are readily self evident. One of these self evident truths is that today's political and theological left still very much represent the racism they did when they initiated a secret society named the Ku Klux Klan. They do so in the policies they argue for and more importantly in the criticism they level against those who are brave enough to take action.

Their anti-war extremism is one of the most telling signs.

But don't merely take my word for it. Here is a sample from the Jerusalem Post from an American named John Ash:

I never realized Israel and its supporters had so many people who cheer on killing and destruction. The enthusiasm for the "brave IDF" is kind of weird when you consider that the air force is dropping bombs on defenseless people and the army is invading with tanks and artillery. The Gazans have not one airplane or tank, so where is the bravery in bombing and invading a defenseless area?

From another American poster who goes by LibertarianSoul: I am so sick of this "war". Isreal has gone too far this time. Our country needs to let Isreal go it's own way. What is wrong with you people over there???? You've been fighting for thousands of years. When will it end? As a Jew, does God want you to kill Muslims? As a Muslim, does god want you to kill Jews? God will judge all of you in the end and I would think that judgement will not be in either of your favor. This is ridiculous.

These small samples were just the tip of the iceberg in the numbers of comments made.

Yet here's the problem...

When the party of left-wing America founded the Ku Klux Klan they did so because they wished to seize the rights of an entire people group, intimidate them into voting for the candidates they decided, and for anyone so messy as to get in the way they became people who did not deserve to live. One of the sitting members of the Unites States Senate who participated in Klan activity still sits seated by the same party that founded the Klan. His name is Robert Byrd. Power--even if gained through ruthless means--was the absolute objective to the Klan, and the Democrats who founded it.

The same historical parallel could be made by the ruthless rise of Adolph Hitler and his hatred based upon a person's race, skin color, or disability. For no better reason than to satisfy a dark perversion of his soul and to insure the kind of power that absolute fear instills in followers Hitler manipulated his own people to reach his objective, and to take lives. It should be pointed out that assisting him towards that goal was the patriarch of the newly revived (with granddaughter Caroline's Senate bid) Kennedy legacy. Joe Kennedy the father of Robert, John, and Edward sought to convince those at the end of World War I and through the duration of World War II that U.S. involvement by force was wasted effort, a task we could not make impact in, and ultimately the morally wrong thing to do.

It was Joe Kennedy then like his off-spring today who always threatened to undermine the legitimacy of U.S. military force. Force--I might add--that has never sought to expand the boundaries of our own "empire." And usually more times than not it was force that was used to liberate people, grant freedom to persecuted groups, and to topple genuinely evil concepts like Nazism, Facism, Totalitarianism, Communism, and on our own shores of slavery.

Thus the anti-war crusaders, and "progressive left" (as they like to view themselves) argue endlessly about the tragedy of collateral damage, innocent lives lost, and rights of the victims caught in crossfire.

Yet ne'er do they speak to the atrocities being committed prior to the engagement of the enemy. In America, none of the anti-war groups that wished to see Bush impeached, said even a word about Saddam's brutal crimes against his own people.

Some of these ant-war extremists even argued to me personally that the Civil War was not a war that deserved to be fought. That slavery would have been a better alternative to war. This said to my face by those who are members of the political party that founded the KKK.

Israel is the area of greatest hypocrisy for these types. For while they utter complaints about innocent "Gazans" who may have perished never once do they bring attention to the fact that it is the Palestinians own militant arm of terror that places those civilians in harm's way to begin with. American leftists never fail to mention body counts of those killed in war, but never do they find it convenient to mention the numbers of innocents lost by the original acts of terror that precipitate that engagement.

Since the official "cease fire" between Gaza and Israel thousands of missiles have been launched at southern Israel. Hamas--an avowed terror group who goes so far as to publish their goals and objectives online--has made calculated moves to place their base of operations in places they believe they won't be found--hiding in civilian areas.

Israel has taken on the difficult task of re-entering gaza going house to house to seek and destroy Hamas members, equipment, and resources so as to protect its own population. In one of the most notably noble acts one can undertake in war, they even telephoned those living near the Hamas targets prior to the bombing raids to allow them time to safely remove their families from the areas.

Despite that generosity Hamas has continued its all out assault and shows no sign of stopping.

We would do well to pray for quick and successful raids in the region, and praying that the only loss of life that is encountered are by Hamas members directly.

In doing this we can hope that less lives will suffer.

Because the alternative to not doing it looms as significantly greater loss for both sides involved.

And that is what Liberals have trouble understanding.