Lawsuit Reform and the RIght to Trial 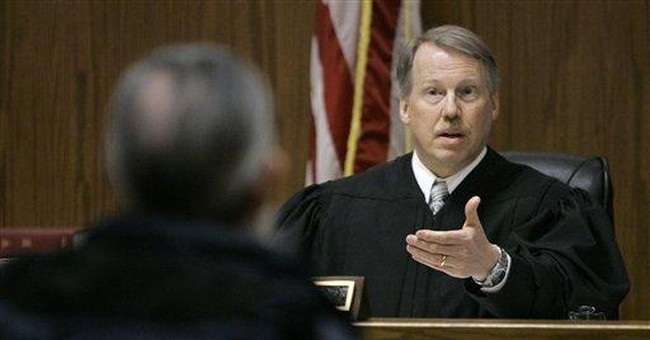 Before readers vest too much credibility in this “survey” of the civil justice system in all 50 states, some warnings are in order.

First, a poll of in-house counsels and senior litigators who represent corporations with annual earnings in excess of $100 million guarantees a remarkably narrow view of state court systems.  After all, these individuals are all responsible for defending corporations against lawsuits.  Not exactly a broad spectrum of opinion!

Further, buried in the “methodology” section of the report is the tacit admission that the attorneys surveyed were not expected to have direct, in-depth knowledge of a state’s court system.

Interestingly, the $100 million corporate earnings floor happens to bring into the survey some of the business interests – notably pharmaceutical manufacturers and insurance companies – that are among the largest financial backers of the U.S. Chamber of Commerce and also the most frequent subjects of serious legal claims of negligence and/or misconduct.  Their participation in this bogus “survey” represents nothing more than a very self-interested attempt to undermine confidence in the civil justice system and fuel efforts to raise ever-higher the bar of citizens’ access to the courts.

The U.S. Chamber routinely rails against “greedy trial lawyers,” counting on reflexive support from conservatives in its efforts to undermine the civil justice system.

But conservatives should be wary of buying what the U.S. Chamber is selling.

As a trial lawyer for thirty-five years, I am among the first to admit that the civil justice is imperfect.  But access to the court system is a constitutionally protected right, and at a time of rampant corporate misconduct it is a right that needs to be zealously defended.  Conservatives who believe in the Constitution and the need for checks and balances in our public life should agree.