What To Expect From The Kavanaugh Confirmation Hearing

Ken Blackwell
|
Posted: Sep 01, 2018 2:10 PM
Share   Tweet
The opinions expressed by columnists are their own and do not necessarily represent the views of Townhall.com. 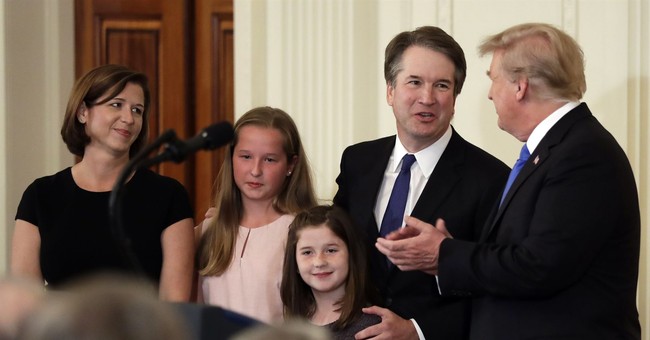 Spoiler alert: it’s easy to predict much of what will happen this week during the confirmation hearings for Supreme Court nominee Brett Kavanaugh. That’s because Democrats showed their hands almost immediately after Justice Anthony Kennedy announced his retirement from the Court, when Senate Minority Leader Chuck Schumer (D-N.Y.) took to the Senate floor to motivate his left-wing base.

“Nothing less than the fate of our health care system, reproductive rights for women, and countless other protections for middle class Americans are at stake,” Schumer scare-mongered. He asked, “Will Republicans and President Trump nominate and vote for someone who will preserve protections for people with pre-existing conditions, or will they support a justice who will put health insurance companies over patients, or put the federal government between a woman and her doctor?”

Notice that these remarks make no reference to the Constitution. That’s because the leader of the Senate Democrats wants the next justice to be a blue-state activist in a black robe.

Keeping that litmus test of policy outcomes in mind, you can expect Democrats to quiz Kavanaugh about his stance on specific issues looking for their own preferred outcomes. But the judge won’t be at liberty to answer many of these questions, as that would compromise his independence on matters that may come before him as a justice.

Democrats will seize on Kavanaugh’s impartiality and discretion around some questions by characterizing it as a dodge. But if Democrats are annoyed that Kavanaugh won’t be able to answer some questions, they should remember the example set by one of their heroes, Justice Ruth Bader Ginsburg.

During Justice Ginsburg’s own confirmation hearing in 1993, she explained, "It would be wrong for me to say or preview in this legislative chamber how I would cast my vote on questions the Supreme Court may be called upon to decide.”

She added, “A judge is sworn to decide impartially can offer no forecasts, no hints, for that would show not only disregard for the specifics of the particular case, it would display disdain for the entire judicial process.” She was right.

Legal scholars Lori Ringhand and Paul Collins have estimated that Ginsburg refused to answer questions posed at her confirmation hearing about 10 percent of the time. Nonetheless, then-Senate Judiciary Chairmen Joe Biden supported her approach, telling the nominee during the hearing that “you not only have a right to choose what you will answer and not answer, but in my view you should not answer a question of what your view will be on an issue that clearly is going to come before the Court in 50 different forms, probably, over your tenure on the Court.”

Remember Biden’s encouragement of Ginsburg next week when Senate Democrats bemoan what they’re sure to call Judge Kavanaugh’s “lack of transparency”—which is in fact impartiality and good judicial temperament.

There are two more things you should expect to see. First, Judge Kavanaugh will make clear that he is a mainstream judge with a record of fairly applying the law and adhering to the Constitution. He will do so by explaining his decision-making and opinions over the course of his 12-year career on the United States Court of Appeals for the District of Columbia, where he wrote over 300 opinions and had significant influence not just on his own court, but on Supreme Court decisions, too.

And you will see a remarkably calm and composed professional, someone who will not be intimidated by the posturing and politicizing of Senate Democrats, but who will also be respectful and patient. Judge Kavanaugh has spent much of his life in the lion’s den: at Yale as an undergraduate and then as a law student, and in his stints teaching at elite law schools, he has often been a rare conservative on campus; and he faced hostile treatment from senators when they confirmed him to the D.C. Circuit, in 2006. Yet as his opinions and speeches make clear, Judge Kavanaugh respects those who disagree with him. He listens to their ideas, engages with their arguments, and answers them clearly and thoughtfully. So no matter how much Senate Democrats seek to misrepresent or fluster him, you’ll see Judge Kavanaugh stay calm and articulate.

Polls show that Americans want the Senate to confirm Kavanaugh to the Supreme Court. Senate Democrats would be wise to focus on Kavanaugh’s record during his hearing—not disingenuous questions.