Ken Blackwell
|
Posted: May 15, 2018 1:00 PM
Share   Tweet
The opinions expressed by columnists are their own and do not necessarily represent the views of Townhall.com. 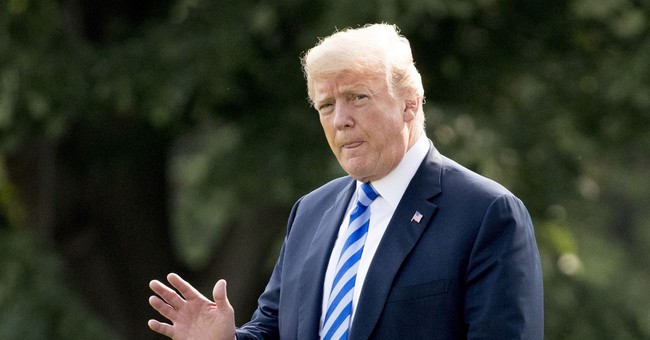 President Donald Trump can celebrate another victory for his America First agenda. On Monday, the United Arab Emirates came to terms with the United States, agreeing to uphold the Open Skies agreement between the two nations. For several decades, now, the UAE and Qatar have poured subsidies into their national airlines in an effort to corner the international air travel market. The heavy subsidization has allowed the two Gulf states to engage in capacity dumping – similar to product dumping. Qatar has already come to terms with the United States and has agreed to end their subsidization of Qatar Airways, now the UAE has made the same guarantee regarding Etihad and Emirates.

Enforcing our trade agreements has been a cornerstone of the Trump Administration – and was a key campaign promise that resulted in the President’s 2016 triumph. Across our nation, from Nevada to my home state of Ohio, Americans – especially those who work or have worked in heavy-industry, manufacturing, and industrial labor jobs – have seen the toll exacted on our economy because of our refusal to assert American interests and equitably enforce our trade agreements. With President Trump, that has changed.

Undeterred by “convention”, President Trump has reasserted America’s economic position in international trade. This can be seen from the intense renegotiation of NAFTA terms, to the Trans-Pacific Partnership, to our Open Skies agreements. Former-CBO director and President of the American Action Forum, Douglas Holtz Eakin hit-the-nail-on-the-head when he tweeted that President Trump’s deal with the UAE on the Open Skies agreement was a win because “Enforcing our trade agreements is just as important as negotiating them…” and the UAE “(1) admits subsidies are harmful to competition, (2) will use commercial, arms-length prices, (3) will meet int’l standards of financial transparency, and (4) will freeze loss-leader int’l flights.”

Like on so many other issues, the Obama administration did nothing as American companies and workers, and elected officials on both sides of the aisle, raised concerns about these two nations violating the existing agreements. After years of inaction, Trump and his team acted decisively and worked quickly to ensure enforcement of our deals and the protection of our industries.

Effectively, ours and the UAE’s renewed commitment to Open Skies will ensure that the United States will be aware of any new financial involvement between Etihad and Emirates – allowing us to continue to effectively enforce the agreement. Additionally, the UAE will freeze any new “fifth freedom” routes, preventing capacity dumping, subject themselves to international accounting standards, and require their national airlines to pay for their operation costs out of the UAE’s international airports.

Even more impactful, a major portion of our economy and potentially millions of American jobs are reliant on our nation’s airline industry. By ensuring our foreign competitors are playing by the same rules that we are bound by, we’re guaranteeing that the American spirit of innovation, hard work, and know-how has the best shot to win out as it has time and time again – when the playing field isn’t titled against us. This is what the other side won’t admit. Critics of the administration have fallen back on name calling and spreading fake news about the public-and-open bipartisan coalition standing behind the President. When your critics resort to politics as usual, that is when you know you are winning and doing the right thing for the American people – and not the DC Swamp.

His critics and the news media might not want you to hear it, but President Trump is accomplishing much – especially on ensuring our trade deals are enforced and that all parties abide by the terms of our international agreements. The strength America has shown on trade and diplomacy have and will continue to bear fruit, from our Open Skies agreements to de-nuclearizing North Korea, to updating NAFTA for the internet age. President Trump continues to prove himself as the man for the American people at home and abroad.