Ken Blackwell
|
Posted: Jun 17, 2016 7:17 AM
Share   Tweet
The opinions expressed by columnists are their own and do not necessarily represent the views of Townhall.com. 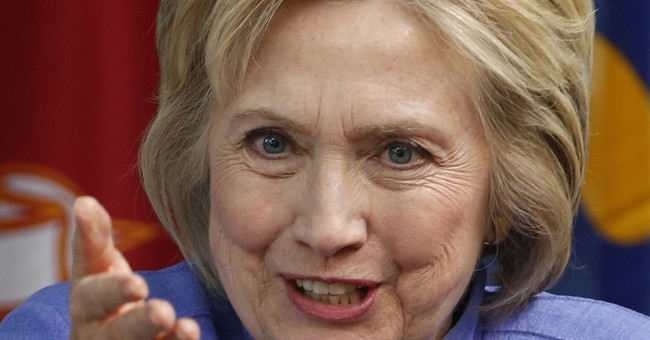 Surprise, surprise: President Barack Obama endorsed Hillary Clinton for president. He wants someone to follow him who will protect his disastrous legacy. He couldn’t have made a better choice.

“I know how hard this job can be. That’s why I know Hillary will be so good at it,” he explained. He provided plenty of joke lines for the late night shows. But he made clear that he won’t remain on the sidelines during the campaign: joint political appearances are now being planned.

None of this should surprise anyone. It won’t be the first time an incumbent attempted to help elect his successor. But never before has the conflict been so great, with the current president presiding over a criminal investigation of his party’s presumptive nominee.

It’s worth letting that sink in. Without question, former secretary of state Hillary Clinton violated law and procedure in using her home email server for classified information. We can only guess at the security hacks attempted and possibly achieved.

The FBI is in the midst of a criminal investigation. Aides and employees have been questioned; immunity reportedly has been granted to some. The Justice Department, under an attorney general selected by and accountable to the president, will have to decide whether or not to bring charges.

No doubt the president would like to forget the issue. After all, spending money is fun. So is taking care of your friends. Prosecuting political allies is not. Especially if it means you would be blamed for wrecking your party’s campaign for president. Electing President Donald Trump. And leaving yourself open to investigation of your possible misdeeds.

But blocking the prosecution of one of your former Cabinet officials would look suspect. President Obama would find his final months in office consumed with charges of favoritism and more. That would be a real downer!

Better to send a signal to everyone involved in the investigation to back off. If anyone has any doubts where the administration stands on the issue they merely need look at the president’s endorsement. Nothing else need be said.

Indeed, one doesn’t have to be a cynic to assume an implicit deal. President Obama ensures that the security violations go unprosecuted. President Clinton ensures that none of her predecessor’s activities get investigated.

No wonder President Obama declared that “I’ve seen her commitment to our values up close.”

We certainly saw “Obama-Clinton values” in action when it came to the Benghazi investigation. This was not an issue where the harms seemed only theoretical—possible security leaks from a home email server. The latter risks should have been obvious, especially to someone serving as secretary of state. But they remained risks.

In the case of Benghazi Americans died, including a U.S. ambassador. That is proof enough that something went wrong. Everyone involved should want to ensure that nothing like this ever happens again. And those who messed up should be held accountable.

But not according to “Obama-Clinton values.” The president and his former secretary of state did everything possible to avoid taking responsibility and prevent the public from even knowing what went on.

But the media acts like a fourth branch of government and works overtime to expose GOP officials who abuse their positions. Indeed, Republicans will find themselves under sustained fire if they simply do their jobs. And they can expect special scrutiny if they propose spending or regulating less than their Democratic opponents.

Who, however, watches the Democrats?

Donald Trump might look a bit suspect on the issue given his recent spat with the judge in the case involving Trump University. Just as Trump addressed concerns over his potential judicial picks by offering a list of possible Supreme Court nominees, he should promise to appoint a principled independent to be attorney general. Not a long-time partisan, like so many attorneys general in a succession of administrations, Democrat and Republican.

There will be abundant clean-up work to do once President Obama leaves office. It should not appear to be a partisan witch-hunt. Moreover, Republicans, too, need oversight.

There never was much doubt that between Obama the partisan activist and Obama the man of character, the former would win out. Hence the president’s endorsement of Hillary Clinton even as his administration investigates her for serious security offenses.

Which should remind us what is at stake in November. It’s not just a few minor policy disagreements. It’s the integrity of our entire political system.