Ken Blackwell
|
Posted: Apr 07, 2016 12:01 AM
Share   Tweet
The opinions expressed by columnists are their own and do not necessarily represent the views of Townhall.com. 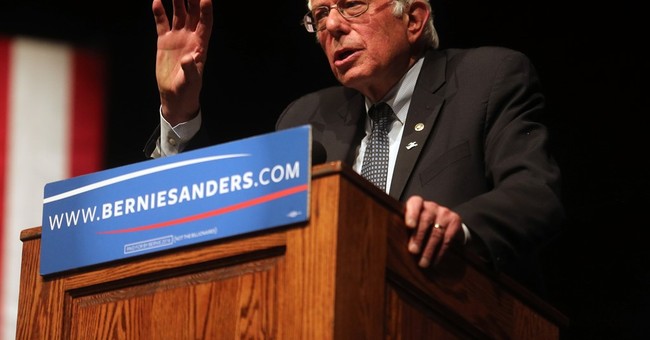 Last week, presidential candidate Senator Bernie Sanders joined 11 other members of Congress in sending a letter to the National Institute of Health (NIH), urging the agency to cut costs for the prostate cancer drug, Xtandi, by employing its “march-in rights.” These rights, which have never before been utilized by the NIH, were established in 1980 under the Bayh-Dole Act, which gives federal agencies the authority to license a patent when action is deemed necessary, primarily as an emergency tactic. Using this provision as their justification, lawmakers are requesting that NIH override Xtandi’s patent protection, which guarantees its manufacturers exclusive sales, in an effort to reduce the costs of the drug.

This request represents an enormous overreach by the government into U.S business and a major threat to the drug development process as a whole. However, Senator Sanders’ proposal doesn’t just have the potential to undermine the drug development system, it also poses a serious danger to the patent system by allowing the government to intervene in the protection of intellectual property.

The Constitution gives Congress the power to grant patents under Article I, Section 8, Clause 8. The establishment of patents is a key constitutional right and critical to fostering American innovation and growth for well over two centuries. Like the property rights our founding fathers valued in the highest degree, the protection of intellectual property has been key to America’s success, responsible for establishing us as a global leader across many industries. Undermining the patent system, even for just one patent in one industry, would call into question our nation’s entire system for protecting intellectual property and undercut a core American value that sets us apart from other nations.

Encouraging NIH to utilize their “march-in rights” threatens all of this and although Senator Sanders’ letter focuses on the biopharmaceutical industry, it’s not just one industry that should be concerned. Having federal agencies intervene in patents, as Senator Sanders would like, sets a dangerous precedent of government overreach into the free market. Furthermore, what he is suggesting is a complete re-interpretation of legislation. The Bayh-Doyle Act was adopted to assist in the manufacturing of products to meet need during health or other public emergencies. In 35 years, these rights have yet to be deemed necessary by the NIH.

Patents are critical for any industry (or innovator) that takes risks to develop better products that move us forward and the biopharmaceutical industry is no exception. Biopharmaceutical companies operate under a complex business model-balancing the needs of patients, the demands of investors, and the hefty regulations imposed by the government. In order to encourage the development of innovative drugs (like Xtandi), the industry relies on patent protections to justify their investments. Allowing the government to step in and alter this system would most certainly have dire consequences-namely, new drugs might not be developed.

In their letter, lawmakers requested NIH hold a public hearing to override Xtandi’s patent, which they believe would lower the cost of the medication. What they fail to realize, however, is that in their attempt to improve access to life-saving medications like Xtandi they are actually threatening the future of innovative medicines. If investors know that patents are no longer protected and returns will be limited, the incentive to fund critical research and develop new treatments will plummet. If we want to continue to see progress in medicine, or in any industry for that matter, we can’t let the government interfere in patent protections.

Attacks like this on individual drugs and their manufacturers won’t fix the systematic problem of rising healthcare costs in our country, in which insurers, hospitals, and healthcare providers all play a role. Targeting Xtandi individually and asking for more  government intervention is not only a clear political move by Senator Sanders that won’t actually improve access to medicines for Americans, but a play that will also dismantle the entire patent system that protects U.S. innovation and specifically the development of effective treatments. With innovators on the cusp of major advances in disease areas like cancer, diabetes, and Alzheimer’s we need to be looking towards reforms that encourage drug development and accessibility, not misguided proposals that propel unnecessary and unwarranted government overreach in the healthcare market and everywhere else.