US and Europe Should Reject Ayatollahs’ “Election” as a Sham

Ken Blackwell
|
Posted: Feb 25, 2016 12:01 AM
Share   Tweet
The opinions expressed by columnists are their own and do not necessarily represent the views of Townhall.com. 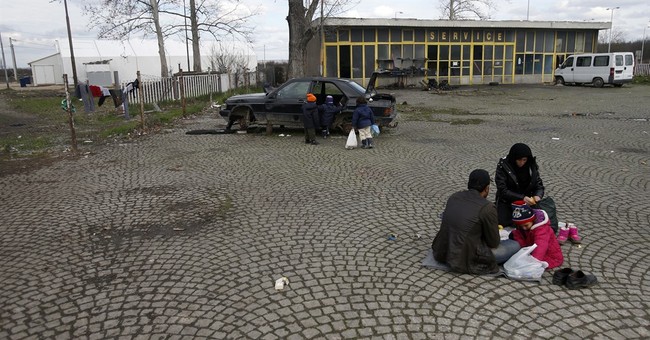 The American presidential election season so far has been simply amazing. Its unpredictability, liveliness and sometimes profoundly rancorous debates, are integral parts of our democratic system, something that we as Americans enjoy and often take for granted. A free and fair election is the bedrock of the democracy that the Founders of our country fought to provide.

But the citizens of many countries are deprived of this and are striving dearly to achieve it as Founders of America did.

A case in point is Iran.

The dreadful theocracy that has been imposed on Iranians by draconian ayatollahs bears no similarity to our democratic system. In fact, while Americans have eight long months of interminable campaigns ahead of them, Iran will be holding elections on February 26.

What’s worse is that in a very real sense, the outcome of the elections for parliament and Assembly of experts were already determined long before formal campaigns launched.

Every candidate in Iran is subject to an elaborate vetting process. Whoever is found to have even the least non-conformity is disqualified. Iranian election law specifically stipulates that candidates must express loyalty to the Constitution and the supreme leader.”

For the upcoming parliamentary elections, only 6,300 people were approved as candidates for 290 seats, out of 12,123 people who initially registered with the Interior Ministry.

The figures for the Assembly of Experts are even more telling. Out of 810 candidates only 165 have been approved.  In nine constituencies, that has left only one candidate running uncontested. Not a single woman was approved.

Some Western pundits have suggested that after the nuclear agreement Iran’s elusive moderates can use this election as a springboard to a new era and drive Iran towards more openings at home and abroad. But the West has repeatedly tried to reach out to Iranian “moderates” over the past 30 years. In every case, the supreme leader has preserved the status quo, and the current situation is no different. Far from being the standard-bearer for moderation, President Rouhani has overseen a series of domestic policies that reaffirm the Islamic Republic’s hardline ideology.

In the wake of the nuclear agreement the regime has become more ruthless, stepping up executions and intensifying the Iranian Revolutionary Guards’ active support for Syrian President Bashar al-Assad and his massacre of the Syrian people.

Fittingly, there are growing signs that Iranians, particularly young Iranians and a disenfranchised but well-educated female population are washing their hands of a false electoral process that only serves to preserve the status quo and guarantee more bloodshed at home and abroad. Even many of Rouhani’s former supporters have declared their intention to sit out the elections in spite of both the president and the supreme leader urging people to show up at the polls.

Actually large segments of the Iranian population are working for the transformative change that will give them the same sorts of rights that we Americans exercise both on Election Day and in every day of our lives.

Whether they are independent human rights activists or members of the organized opposition, the National Council of Resistance of Iran (NCRI), these people need our help.

The building blocks already exist for true democracy in the Middle East. They include the ten-point plan of NCRI President Maryam Rajavi, which calls for a system of governance and a set of civil liberties that are familiar to every American and desirable for every citizen of the world. But it will take strong American leadership in the region to assemble those building blocks and to focus the world’s attention on the ongoing obstruction of democracy under Iran’s theocratic regime.

Whatever happens in November, we should never forget that we enjoy a democratic system that has worked like no other for nearly two and a half centuries and has made us a beacon for freedom and popular sovereignty throughout the world. No matter who represents us in the White House next year, he or she will take up the responsibility to preserve and promote liberty and democracy both at home and abroad.

We should be hopeful that under our next president, wise American foreign policy will help the people of Iran and other anti-democratic regimes to forge a future for themselves that is as bright as ours. It is not too much to ask for that president, whoever it may be, to commit to promoting a true “Persian Spring.” This is truly true American way: To help make it possible for the accomplishments of our Founders to flourish in foreign lands as well.