America Should be Cautious as well as Compassionate when Accepting Refugees 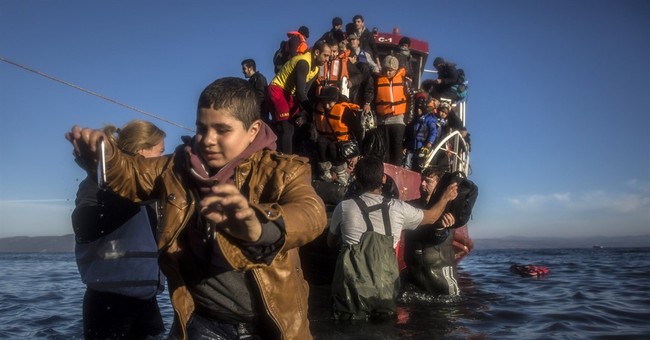 Americans always have welcomed those fleeing danger and oppression abroad. Some of the earliest Americas crossed the Atlantic to escape religious persecution in Great Britain.

We should continue to offer sanctuary to those in need. Christians, especially, should be compassionate to those who face death for their beliefs. But in today’s world we must be cautious as well. After all, the first responsibility of the government in Washington is to those who already are here. We can enjoy our liberties only when our lives are secure.

True horror has befallen the Syrian people. Hundreds of thousands have been killed, millions have been driven from their homes. After years of warfare they see little hope for the future. Our hearts should go out to them.

Most of those looking for a new home are who they claim to be. But maybe not all of them. Assessing would-be refugees is a major challenge facing Western governments. Never before have we seen a human migration so big, from an area of open war, where such a large number of combatants mean liberal societies ill—and commit terrorism against their enemies.

America has assimilated other human waves. But with the Vietnamese boat people, refugees from the Khmer Rouge’s Kampuchean hell, and Cubans and Haitians closer to home, there were no terrorist groups which could use American generosity to plant agents and plan attacks. Even in most Muslim nations there are governments and records which can be consulted about would-be emigrants.

But in the case of Syria there is nothing. Hundreds of thousands, indeed, millions of displaced people. Pervasive combat. No functioning government throughout much of the country. Buildings, agencies, and documents destroyed, officials killed or dispersed. There is nothing to check anyone’s story. That’s not the fault of refugees seeking sanctuary, of course. However, Washington must place the safety of the American people first.

Lest that seem harsh it is important to remember that most of the “refugees” seen in Europe actually are migrants. In fact, a number of them are not Syrians at all, but residents of other nations—often troubled, but not destroyed—taking advantage of the momentary opportunity to enter Europe. Moreover, many of the Syrians were living outside of Syria, safe but without economic opportunity. They were on the road seeking better job chances and social benefits. Indeed, roughly 70 percent of the Europe-bound “refugees” were young men, mostly going in search of work.

There’s nothing wrong with that. Most of us probably would do the same. But Americans are under no obligation to accept everyone in the world looking for a better economy. There’s certainly no humanitarian imperative to do so. And given security concerns there is a practical reason not to do so.

Equally important, America and Europe aren’t the only option for Syrian refugees. Most of them are Sunni Muslims. So how about the largely Sunni Gulf States, most obviously Saudi Arabia? They generally are wealthy and several have helped foment revolution and bankroll combat in Syria, contributing to the refugee flow. Moreover, Saudi Arabia is experienced in handling large numbers of visitors as people come for the Hajj, or Muslim pilgrimage. Caring for refugees in the Gulf would keep them safe but nearby, ready to return once the conflict ebbs.

The U.S. could take a unique role in accepting Christians. The point is not to discriminate based on religion for religion’s sake. Rather, those vetted as Christians would be very unlikely terrorists. Moreover, they have no place to go in the Arab world.

Lebanon is the only Middle Eastern nation open to Christians and it already is overwhelmed with refugees. Christians feel unsafe in the large camps established elsewhere, especially in Muslim nations which routinely persecute. Not one church operates in Saudi Arabia, so one can imagine what life would be like for a Christian in a refugee camp there.

Accepting Syrian refugees is no simple decision. A refugee “Fifth Column” might be unlikely, but the first responsibility of Washington is to protect Americans’ lives and security. Our policy toward refugees should reflect this practical reality.

While we should offer hospitality for the sojourner, as Scripture enjoins us, our generosity must be leavened with realism and common sense. In today’s world that means there can be no open door to the world’s problems, including refugees fleeing Syria.

It is hard to say no. But it would be dangerous to say yes.