The Obama Administration: Helping the Bear 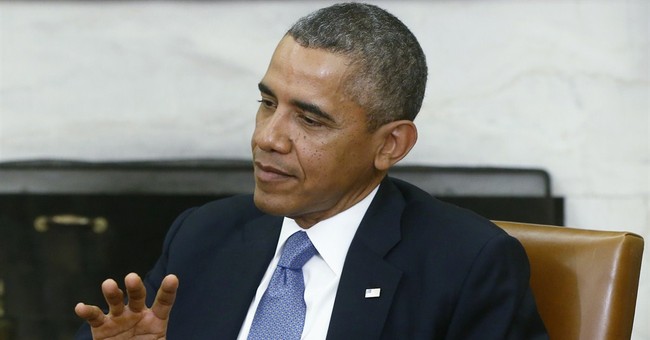 There’s a hoary old joke about the parson who is treed by a bear. The clergyman prays most earnestly to God, but in an even-handed way: “Lord, I know I’m a sinner, but I beg you: If you won’t help me, please do not help that bear!”

Christian persecution around the world is no joke. It is mounting daily. And it is coming in many of those Muslim majority lands to which President Obama famously extended, not a clenched fist, but an open hand. Along with his open hand too often came an opening of our Treasury doors. Some of the worst abusers of human rights and religious freedom are recipients of U.S. foreign and military aid.

The Obama administration is clearly helping the bear. Congressman Frank Wolf (R-Va.) is pressing the administration to name a Special Envoy to address Religious Persecution. This Special Envoy is needed because the careerists in our State Department too often ignore vital questions of religious freedom in our dealings with other countries.

President Obama himself shows a shocking disregard for religious freedom. He went to Egypt’s Al Azhar University in 2009. That famous intellectual center of Sunni Islam is also a hotbed of Muslim Brotherhood recruitment and plotting.

The White House referred to his speech as “An Address to the Muslim World.” If we stop for a moment to consider that formulation, we understand that the President of the United States is here recognizing the permanence and validity of the Dar al Islam, the dominance of Islam over a large swath of the earth’s surface.

In this official recognition, we should realize that he consigns tens of millions of Christians in those Muslim majority lands to dhimmitude, a permanent status of inferiority and victimhood. If a U.S. President thinks of those regions as “the Muslim world,” he will forever be seeking ways to appease the rulers of those countries.

Imagine for a moment the reaction among the leftist multiculturalists if President Obama had gone to the Vatican, or Geneva, and offered an “An Address to Christendom.” Or if he had addressed the world Jewish community from Jerusalem. The very idea that the world, or any part of it, could be Christian offends our secular elites. They are also participating in a de-legitimization of Israel as the Jewish state. But the phrase “Muslim World” does not offend them. They are practiced at swallowing camels.

President Obama had been in office barely a year when named a Special Envoy to the Organization of the Islamic Conference (OIC). Mr. Obama touted his appointee, American born Rashad Hussain, as a hafiz of the Koran. That is one who is honored within Islam for having memorized the entire Koran.

We are constantly reassured that Islam is a religion of peace. Then, surely, Envoy Rashad Hussain is in an ideal position to demonstrate the veracity of that statement. Congress needs to hold hearings on the progress of Mr. Hussain’s efforts to advance American ideals and American interests within the OIC.

We should know fully how this high administration official is interacting with the member states of the OIC. The Obama White House announcement of Mr. Hussain’s appointment respectfully saluted the OIC as “the second largest intergovernmental organization in the world.”

We need answers to many questions about the role and efficacy of Mr. Hussain’s record. How many times has Mr. Hussain raised the issue of Christian, Jewish, and minority Muslim persecution with OIC representatives? How strongly has he advocated for American positions with these Islamic delegates? What are those American positions?

Congress needs to exercise a careful oversight of Mr. Hussain’s office. The Investigative Project on Terrorism reports that Error! Hyperlink reference not valid.

Mr. Hussain can demonstrate that he has been vigilant in pressing the case for an end to brutal religious persecution. If he can offer such evidence, then we can be reassured about his tenure in his high office.

If Mr. Hussain has been pressing for an end to the persecutions, his entreaties seem to have been ineffectual. The murderous treatment of Christians in many Muslim majority lands has never been worse. Never worse.

The Obama administration shows daily its biases. The resistance to naming a Special Envoy for Religious Persecution reaffirms these biases. The continuance in office of Mr. Obama’s Special Envoy to the Organization for the Islamic Conference (OIC) shows the truth of what that seasoned observer, Michael Barone recently wrote: With this administration, “Christianity bad, Islam good.”