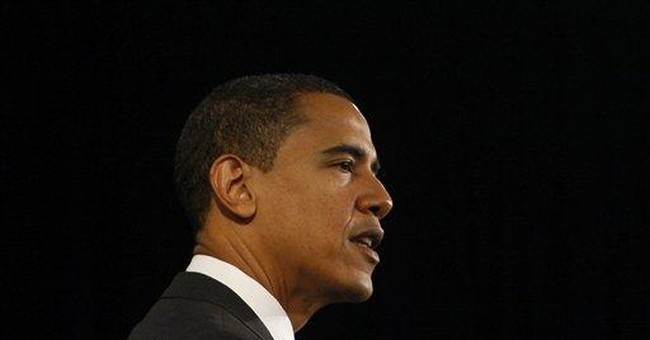 President-elect Obama reveals much by nominating Senator Clinton to be his secretary of state, and Senator Clinton reveals much by accepting. Mr. Obama seeks to keep his chief political rival under his direct command, but in doing so he possibly makes her a more potent adversary. This purely political appointment was not the best choice for American foreign policy, and it is a risky one for his administration.

During the campaign, Mr. Obama ran on a platform of “change,” and throughout the primaries he criticized Mrs. Clinton’s foreign policy positions on a variety of issues. They clashed on the Iraq War, invading friendly countries, and meeting without preconditions with foreign tyrants.

During this transition period, “change” looks a lot like the 1990s. Many on the left are increasingly critical regarding the hordes of Clinton personnel refilling the corridors of power.

But many were shocked at Mr. Obama’s choice of Mrs. Clinton to fill presumably the top cabinet position. The secretary of state is an important leader during quiet times, but during perilous times who that leader is becomes critical. In the event of a catastrophic attack on Washington, DC, the secretary of state is the cabinet officer in the line of succession to the presidency.

The rest of Mr. Obama’s national security team makes perfect sense. Robert Gates will stay on as defense secretary, despite the blogosphere’s howling over President-elect Obama retaining someone they label a war criminal. Also, General James Jones is perfectly qualified to serve as national security advisor.

Compared with those two appointments, Mrs. Clinton’s nomination sticks out as an oddity. Having served eight years in the Senate, and being marginally involved in her husband’s White House for eight years before that, Mrs. Clinton is qualified for the office, but just barely. She is strong, educated, intelligent and disciplined, but lacks the depth of experience typical for Foggy Bottom.

If President-elect Obama wanted a first-tier choice, he could have offered it to someone like Senator Richard Lugar. Their friendship is almost legendary. The former chairman of the Senate Foreign Affairs Committee is 76 years old, and secretary of state would have been a perfect fit for such a distinguished senior statesman.

Senator Lugar’s nomination would have also sent a powerful message, both at home and abroad. He is a moderate Republican, respected on both sides of the aisle, whose experience as a mayor would have helped him tame the beast known as the Department of State. If Mr. Obama truly wanted a post-partisan administration, Mr. Lugar would be perfect.

Perhaps, selecting a Republican for this top cabinet post is a bridge too far for Mr. Obama.

Unfortunately, Mr. Obama chose to play politics with this extremely sensitive appointment. He knows Mrs. Clinton could have become a powerful dissenting voice within his party. She could have criticized any Obama misstep. And if things go badly, Mrs. Clinton might be positioned to challenge Mr. Obama for the 2012 nomination.

He is gambling that by putting her in his cabinet, he will be able to fence her in.

But in elevating her to this key cabinet post, Mr. Obama has made Mrs. Clinton twice as dangerous. Far from “change,” he has put his stamp of approval on her foreign policy. He has validated her as a potential president. And he is giving her both a very visible platform from which to appear presidential, and an extremely impressive executive portfolio.

Mrs. Clinton more than likely will claim credit for anything good that happens in American foreign policy. But if terrible things happen at home or abroad, she can blame Mr. Obama, resign her cabinet post in 2011, and challenge him just as Robert Kennedy was prepared to challenge President Johnson in 1968.

Perhaps sensing the danger, Mr. Obama is using other heavyweights to fence Mrs. Clinton in politically.

Presidents have structured cabinets that reduce the influence of the secretary of state. During Ronald Reagan’s first term, U.N. ambassador Jeanne Kirkpatrick took a slice of the foreign-policy pie away from the secretary of state by being named a cabinet member, who could speak directly with the president. And in the Clinton administration, Ron Brown aggressively expanded the Commerce Department’s forays into foreign policy.

It appears that President-elect Obama is doing the same. His trusted friend Susan Rice will be U.N. ambassador with cabinet rank. Bill Richardson, a foreign-policy expert, will be commerce secretary. Keeping Mr. Gates at Defense will ensure that Mrs. Clinton has no influence of military policy. And having General Jones as national security advisor will keep an expert voice at the president’s side whenever Mrs. Clinton tries to assert anything.

As added anti-Clinton mischief insurance, Vice President-elect Joe Biden will be in the foreign policy mix. Each of these heavyweights limits Mrs. Clinton’s ability to dominate foreign policy.

So the new president is taking a big gamble on Mrs. Clinton. She’s taking a calculated risk by sacrificing her independent platform in the Senate. Surely, this political chess game will provide fodder for political pundits for years.