Katie Kieffer
|
Posted: Aug 22, 2016 12:01 AM
Share   Tweet
The opinions expressed by columnists are their own and do not necessarily represent the views of Townhall.com. 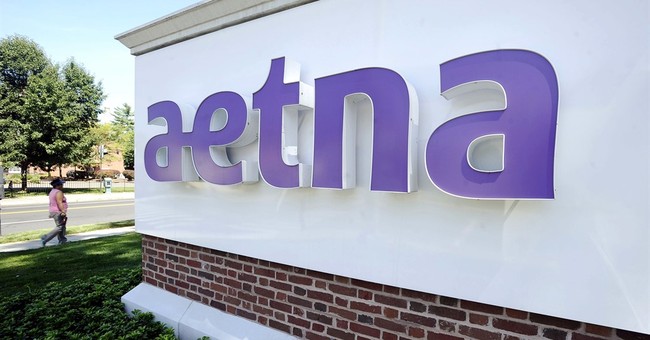 CDC researcher Andrew Fenelon told the Associated Press: “…it is quite rare to see it [a death rate increase] for the whole population. … Many countries in Europe are witnessing declines in mortality, so the gap between the U.S. and other countries is growing.”

For 80 percent of the past decade, President Obama has been president. Obamacare was unconstitutionally rammed through Congress on Christmas Eve of 2009. Isn’t it interesting that in 2016—with Obamacare in full swing—our nation’s health is subpar to that of Europe?

There’s never been a better time to (gulp) move to France!

Prices for insurance have been rising as insurers struggle to profit. Too few healthy young people are signing up for the exchanges while too many previously uninsured individuals are tapping into the system. Result: insurance prices are expected to rise by 10 percent by 2017.

“More affordable” and the ability to “keep your plan if you like your plan” were promises President Obama made when he pushed the Affordable Care Act, also known as Obamacare.

Those promises are turning out to be empty as the nation’s biggest insurer, UnitedHealthcare, has announced it will reduce the number of states in which it competes from 34 to three. Aetna likewise plans to go from offering coverage on Obamacare exchanges in 778 counties to just 242 by 2017. If you like your plan, no, you will not be able to keep your plan.

Meanwhile the same federal government forcing us to abide by its dictatorial healthcare decrees is proving itself to be completely incompetent with regard to health. In 2015, the Obama administration’s FDA sent KIND LLC (the maker of KIND brand nut bars) a warning because KIND was marketing its product as “healthy.” Nuts contain healthy fats and KIND bars violated the government’s arbitrarily-low fat requirements of three grams per serving for snack foods.

Pop-Tarts and sugar-coated cereals like Frosted Flakes could, according to government guidelines, market themselves as “healthy.” As Dr. Joseph Mercola points out in an article he wrote for the Samaritan Ministries Healthcare Newsletter in July: “If you were to believe the Food and Drug Administration (FDA), Pop-Tarts and Frosted Flakes are healthier than nuts and avocados.”

High sugar intake has been proven to accelerate aging and illnesses whereas the latest scientific research calls for a Mediterranean-like diet rich in healthy fats.

It’s unacceptable for our federal government, which issues rules classifying vegetables and nuts as less nutritious than processed, frosted, sprinkled, and gel-filled toaster pastries to be in complete control of our healthcare.

Hillarycare: Trip and Fall, Have a Ball

Hillary has made the news of late for tripping on a staircase and having to be caught by her aides. Respected medical professionals like Dr. Drew Pinsky have publicly testified that her behavior is indicative of “brain damage, and it’s affecting her balance.”

Two months shy of 69 years old, overweight, and overrun—Hillary doesn’t seem to have enough sense to go home to one of her mansions, eat a bowl of chicken soup, and hunker down for several months of much-needed rest, dieting and exercise. Instead, she pushes herself to maintain a grueling campaign schedule that involves campaign stops at Dunkin’ Donuts and steak fry stump speeches.

For what? So she can someday have the “thrill” of making us all sign up for universal healthcare?

Hillary Clinton doesn’t get enough credit for spearheading an early version of Obamacare. More Americans—especially young Millennial voters—should know that, as First Lady, Hillary pushed a form of universalized medicine much like Obama’s version that is now failing before our eyes.

Of the nearly 300 doctors that I personally interviewed to write a book exposing Hillary’s involvement in pioneering socialized medicine, 92 percent said Obamacare would “increase” the amount of “government interference into my relationship with patients” and 89 percent of the doctors said Obamacare would not be beneficial to their patients’ long-term health.

Voting for Trump is a wise way to elect a president who is fit to lead—and to overturn the unconstitutional healthcare system that has contributed to Americans dying at the highest rate in 10 years.