No Room for Vets in the Inn 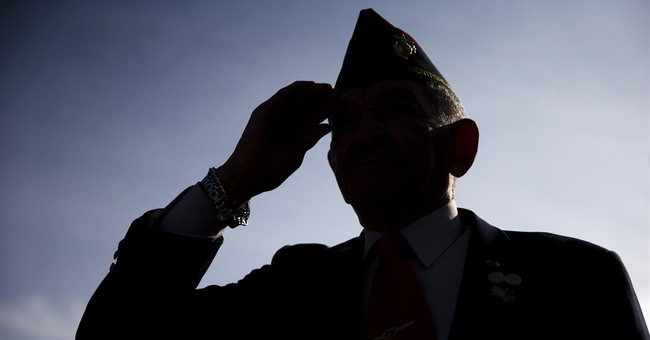 At midnight, in Bethlehem, in piercing cold, Christ was born in a stable after his parents were turned away by every innkeeper. Joseph and Mary did not respond with entitlement: “If you don’t shelter us, then you’re racist.” Rather, they used their ingenuity to find an alternative birthplace for their son among friends—farm animals, shepherds, kings, and angels—beneath the light of an extraordinary star.

“And she brought forth her firstborn son, and wrapped him up in swaddling clothes, and laid him in a manger; because there was no room for them in the inn.” Luke 2:7

Earlier this month, I spoke at American Legion Post 3 in Lincoln, NE. I was impressed by how veterans—many of them disabled or elderly—are actively working to serve homeless veterans in their community. The post commander distributed a long list of items including bath towels, silverware and blankets that he wanted help gathering for local homeless vets. Post 3 American Legion Riders and the Legionnaires were also planning monthly pancake breakfasts where homeless veterans could receive warm meals served by friendly faces.

Veterans who are active within the American Legion are working very hard to help their brothers and sisters who have served their country—only to find themselves on the streets. However, it is troubling to see that our federal government seems to be prioritizing aid for illegal immigrants over care for our homeless veterans.

American Legion National Commander Michael D. Helm has taken a firm stand against the current administration’s recent executive order, which will essentially grant amnesty to as many as 5 million illegal immigrants. On November 20, Helm wrote:

“The American Legion urges the President in the strongest possible terms to put our security, and our citizens’ interests and wishes, ahead of providing amnesty for millions of immigrants here illegally. …we have reached out to the U.S. Citizenship and Immigration Services to offer our help in bringing immigrants to full citizenship. Rewarding illegal immigration is a slap in the face to those who have obeyed the law and patiently went through the process.”

Amnesty proponents often cite the economic contributions of illegal immigrants. Certainly, many illegal immigrants do backbreaking work. They have also broken our laws. Veterans, in contrast, served while risking their lives to defend our laws. Until every homeless veteran is in permanent housing, we should not be granting work permits and college financial aid packages to illegal immigrants.

Plus, here’s the dirty little secret: the current executive order is not about helping destitute people achieve the American Dream. It’s about buying votes. A careful read of a Dec. 14 New York Times article reveals that organizations fronting as advocacy groups are brainwashing illegal immigrants to abhor Republicans so as to secure millions of future votes for Democrats.

Immigration is a non-partisan issue, and Latinos should not be used as pawns for lobby groups, non-profits and crony capitalists. The current administration has used young people (Millennials), gays, blacks and women to win votes while abandoning and betraying our veterans like Lt. Clint Lorance and Sgt. Rob Richards. Now, the administration is using Latinos for votes.

Here’s the real humanitarian crisis: our political leadership has no respect for veterans. Veterans were denied access to the WWII, Vietnam and Korean War memorials in Washington, D.C.—while amnesty advocates were allowed on the National Mall and the state of California confiscated millions of taxpayer dollars to bankroll the education of illegal immigrants.

50,000 veterans will cope with homelessness every night this winter—while the President promises protection from deportation and work permits for up to 5 million illegal immigrants.

Away on a bleacher, no cot for a bed, a veteran lay down his sweet head. The stars in the bright sky looked down where he lay—in solidarity with the little Lord Jesus asleep in the hay.

In 2015, demand that your government make room for vets in America—“the inn” they fought so hard to defend.